Crude oil jumps above $100/barrel on the back of the Russia-Ukraine conflict and surges more than $15/barrel in just two days. What comes next?

Energy prices surged as a result of the Russia-Ukraine conflict. Western sanctions on Russia led to the crude oil price jumping above $100/barrel in an almost vertical move.

Such levels are nothing short of impressive, considering that only in April 2020 there was no demand for oil due to the COVID-19 pandemic. As a result, oil futures contracts settled in negative territory, and now we talk about levels above $100/barrel for the WTI crude oil.

Think no further than the European Central Bank’s last projections for the price of oil released in December 2021. Oil prices in EUR terms are up more than 60% above the levels projected by the ECB thus, monetary policy must adapt to the new inflation projections. 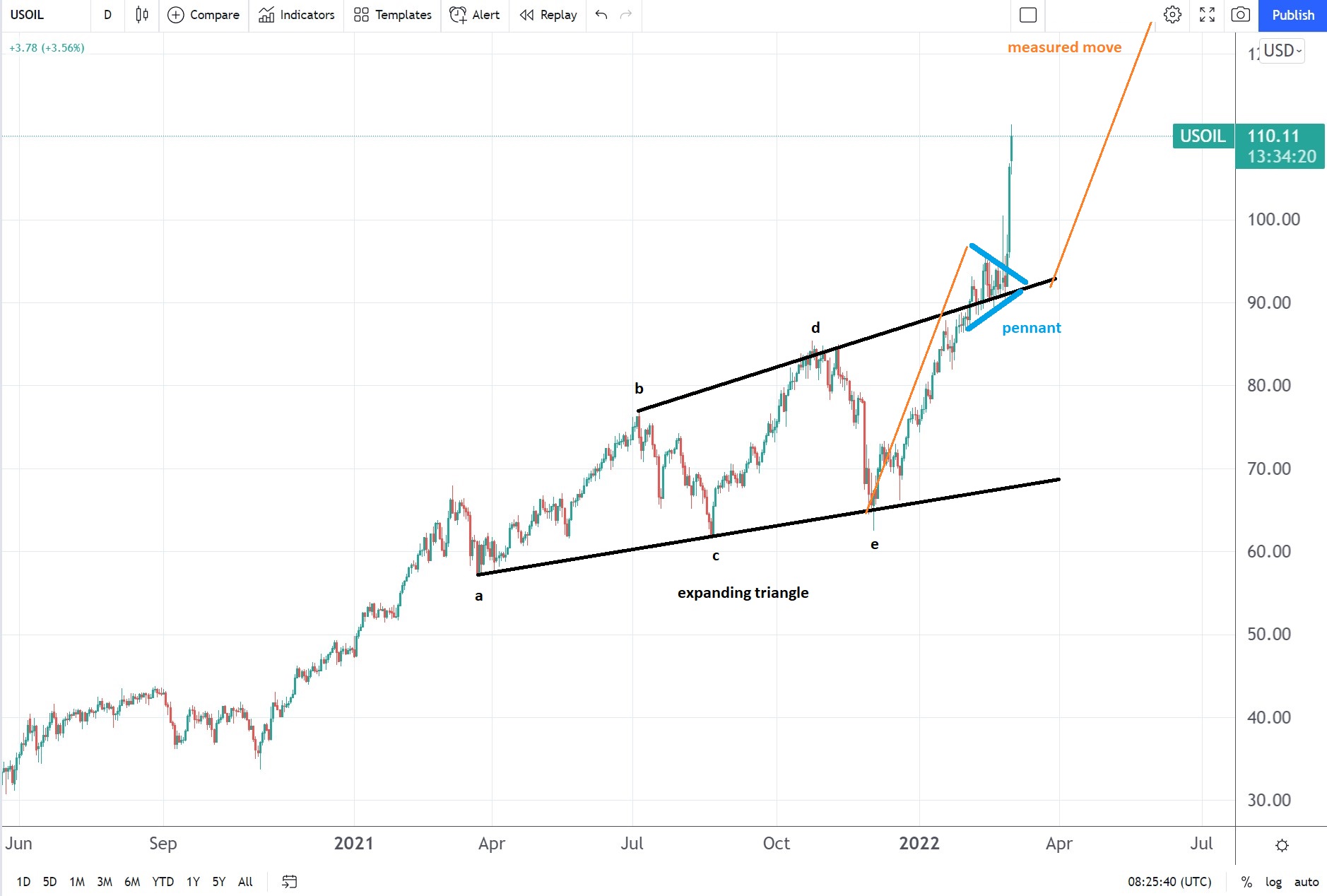 More upside is possible for the WTI crude oil price

Despite the WTI crude oil price trading at such elevated levels, the technical picture looks bullish. Last April, an expanding triangle started. Its last leg formed in November 2021, when the world feared the global economic implications from Omicron would push the world back into recession.

But it turned out that the move lower was just the end of the triangular consolidation, as the price bounced and broke above the b-d trendline. There, another consolidation began, this time a short-lived one.

A contracting triangle, a pennant, formed above the b-d trendline. By the time the pennant broke higher, the price had blown the $100 resistance away. Moreover, the pennant’s measured move signals more upside towards $115/barrel and more.

On the fundamental front, events move so fast that it is difficult to keep up with all the news that might impact the price of oil. For example, only in the past couple of days, we found out that the IEA released 60 million barrels of oil from emergency stocks, that the Vienna talks with Iran advanced, and that the British giant BP and other oil players are exiting their Russian ventures.

In other words, expect volatility to remain elevated in oil markets, and so the price of oil would likely remain bid.