WTI crude oil has already surpassed the 2021 highs. It now trades close to the $90/barrel, and $100 is not out of the question, according to Chevron CEO Mike Wirth.

Oil’s rally continues so far in the new trading year. WTI crude oil price surpassed the 2021 highs and currently trades at $87.52/barrel, higher on the day by 0.26%.

Higher oil prices put pressure on the prices of goods and services. Therefore, central banks fighting rampant inflation will have a hard time finding the recipe with the price of oil rallying.

One of the major oil companies reporting its quarterly earnings this week was Chevron. It reported a profit for Q4 2021 of $5.1 billion, a mile better than the $665 million loss in the previous year. During the earnings call, Chevron CEO, Mike Wirth, did not rule out the possibility of the oil price reaching $100. Just the opposite.

So is it time to sell the rally or to stay long for the $100 level? 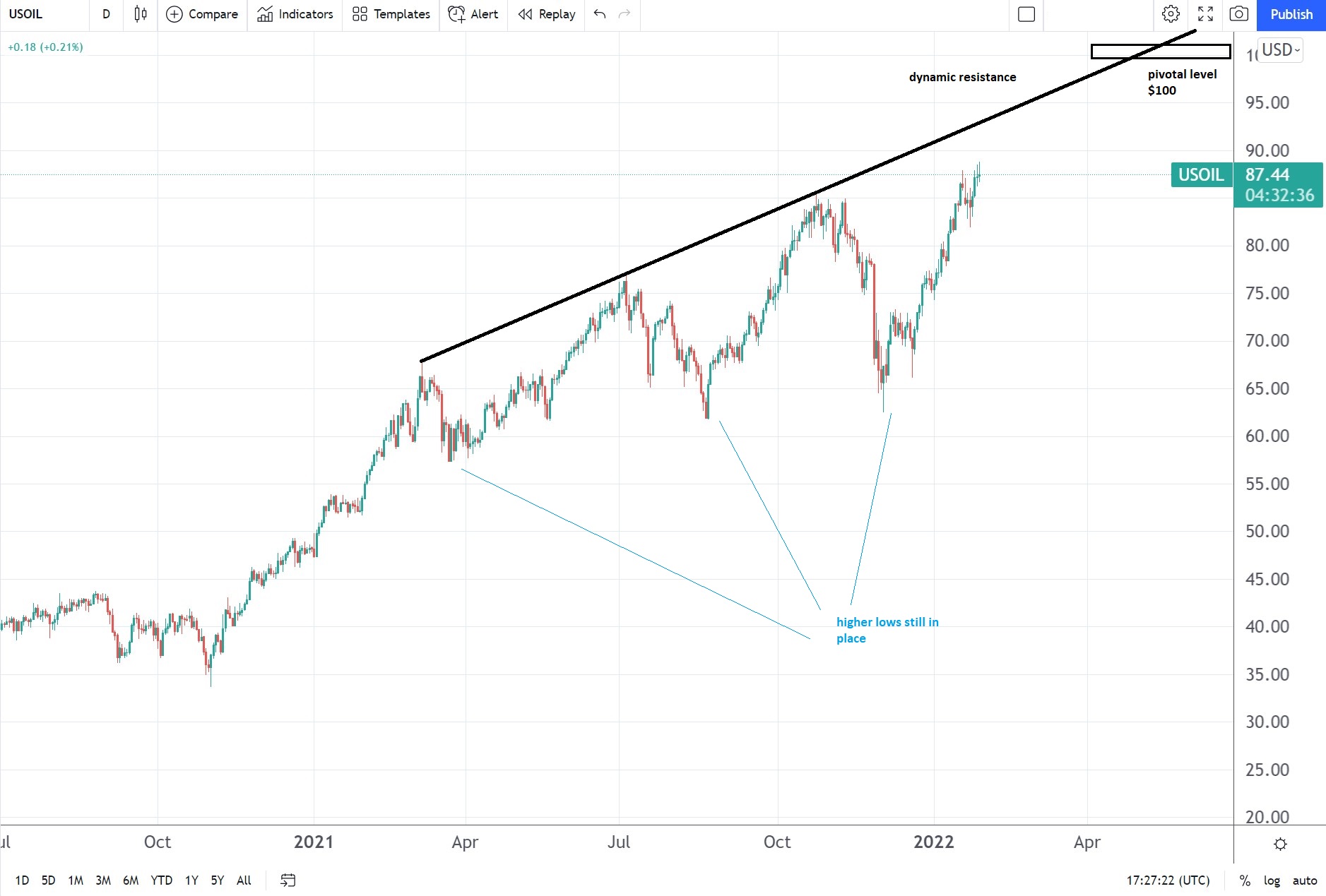 The technical picture looks bullish if we consider the fact that the market continues making higher highs and higher lows. Such a series is a bullish market’s definition, and attempting to short it is foolish.

Moreover, now that the WTI crude oil price made a new high above the one made in late 2021, the gates are open for a test at the pivotal $100. Round numbers always play a critical role in trading, as financial market participants tend to set take-profit or stop-loss pending orders around such levels. Also, the options market tends to be more active when the price hovers near a round number.

How about the Vienna talks?

The Austrian capital has been home to the Vienna talks for quite some time now. Western powers discuss with Iran the possibility of lifting the sanctions in exchange for Iran's nuclear efforts to stop.

So far, the discussions have been constructive and moving forward. The parties have reached an advanced stage, and the 8th round of negotiations is expected to resume next week.

For the oil market, Iranian oil is a wild card. Should a deal be reached, the new oil from Iran alone may shift the supply/demand balance.