The U.S. stock market indices have rallied this week and the S&P 500 is just shy from making a new all-time high. Honeywell and American Express report their Q3 2021 earnings today.

The trading week comes to an end today and if there is something to emphasize is the resilience in the U.S. equity markets. The S&P 500 index is back at all-time high levels, while other indices, such as the Dow Jones, have made new highs already.

Higher equity prices typically lead to a weaker currency. As such, one can explain the decline of the U.S. dollar, as it trended lower against its peers. Nevertheless, the price action in the currency market is not so unidirectional as the one in the equity markets, but it definitely correlates with it.

In Europe, two main themes dominated the trading week. One is the ongoing negotiations for creating a government in Germany. Because Germany is the largest economy in the Euro area, what happens there is crucial for the common market. Also, the Bundesbank (i.e., Germany's central bank) president has resigned this week, complicating the negotiations even further.

Another theme was the energy crisis. Europe depends on energy from other parts of the world (i.e., Russia, Algeria), as it is not self-sufficient in energy. As such, at the summit that started yesterday, one of the topic is how to accelerate the transition to renewable energy production and thus to reduce the dependency on other countries.

The last trading day of the week started with the German Dax index opening higher by about half a percentage point but still well below its 2021 highs. In Spain, the Ibex is seen lower by -0.3%, affected by news that the country will have to import its natural gas using a different pipeline due to a spat between Algeria and Morocco. FTSE 100 in the United Kingdom is seen flat.

Natural gas is a hot topic these days as winter approaches in the Northern hemisphere. The market here opened higher today by +1.5% and the bullish tone will likely persist into the end of the trading year and beyond.

Gold is up as well, trading at $1,792 and just shy of the pivotal $1,800. Higher energy prices keep inflation elevated and thus some investors buy gold as a hedge against rising prices.

Finally, the oil prices are at their 2021 highs too. The WTI crude oil price trades at $82.50 without any meaningful pullback, thus making new highs for the year possible.

But the main event of the day is the Fed Chair's Jerome Powell speech. He is scheduled to talk at a virtual event hosted by the South African central bank on topics related to central banks' actions during the COVID-19 pandemic. When the Fed speaks, the markets listen, so if there is any increase in volatility to see today, it will likely happen during this event. 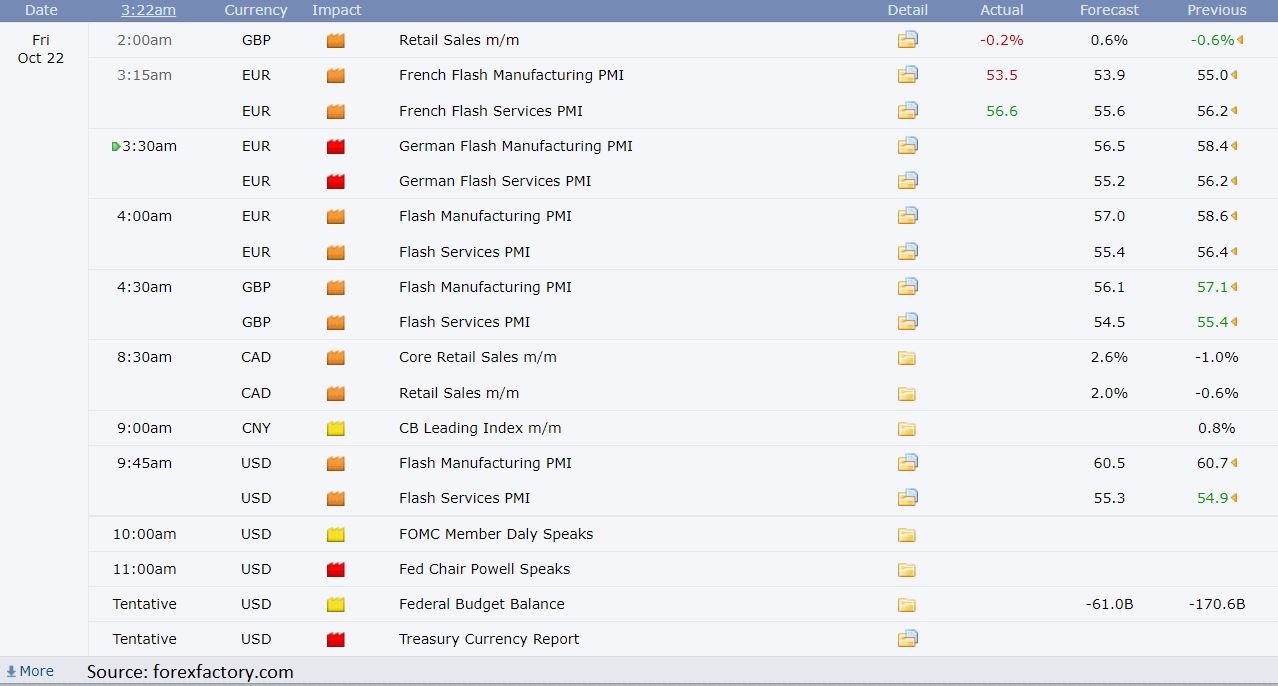 Today's markets to watch are S&P 500, Honeywell, and American Express. 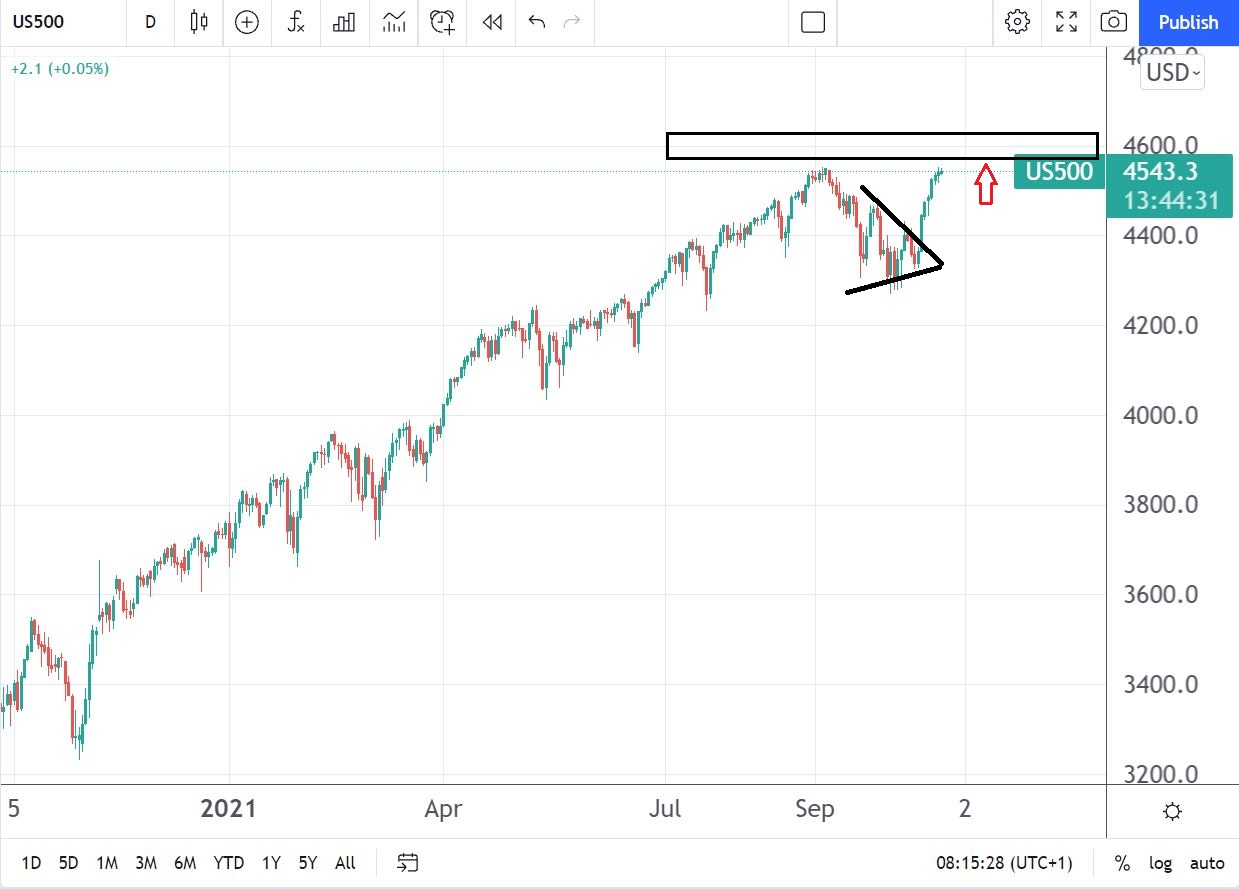 The S&P 500 outlook remains positive as it trades just shy of its record-high levels. The index broke out of a triangular pattern recently and the bias remains bullish. If the market makes a  new all-time high, which looks very likely, then the series of higher highs and higher lows continues and thus the bullish trend has more legs. A daily and weekly close above 4,600 suggests more upside is possible. 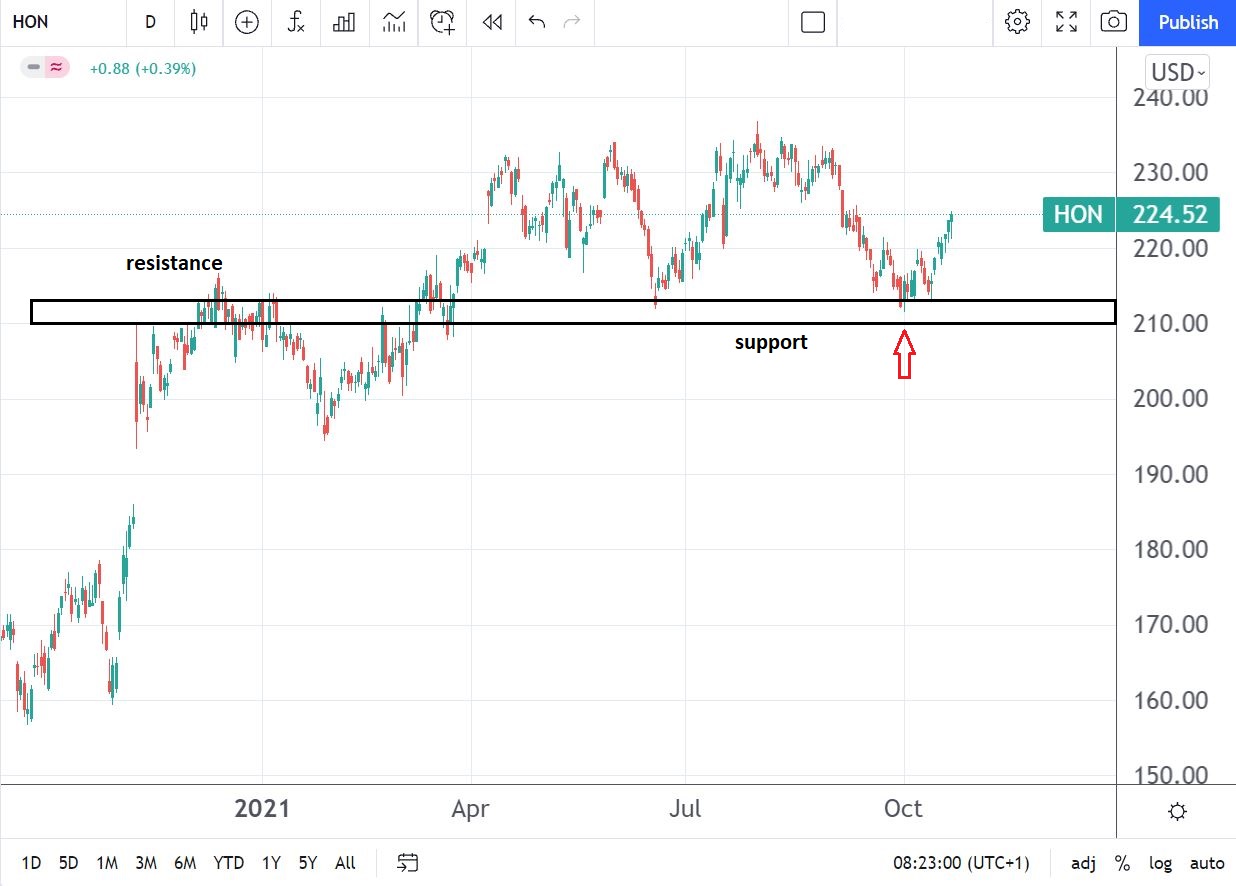 Honeywell reports its quarterly earnings today and the stock price bounced from major support area this October. Previous resistance turned into support and the subsequent bounce suggests more upside in the days ahead, especially if the company beats estimates on the quarter. The $230 level is pivotal, while a close above $240 indicates more strength ahead. 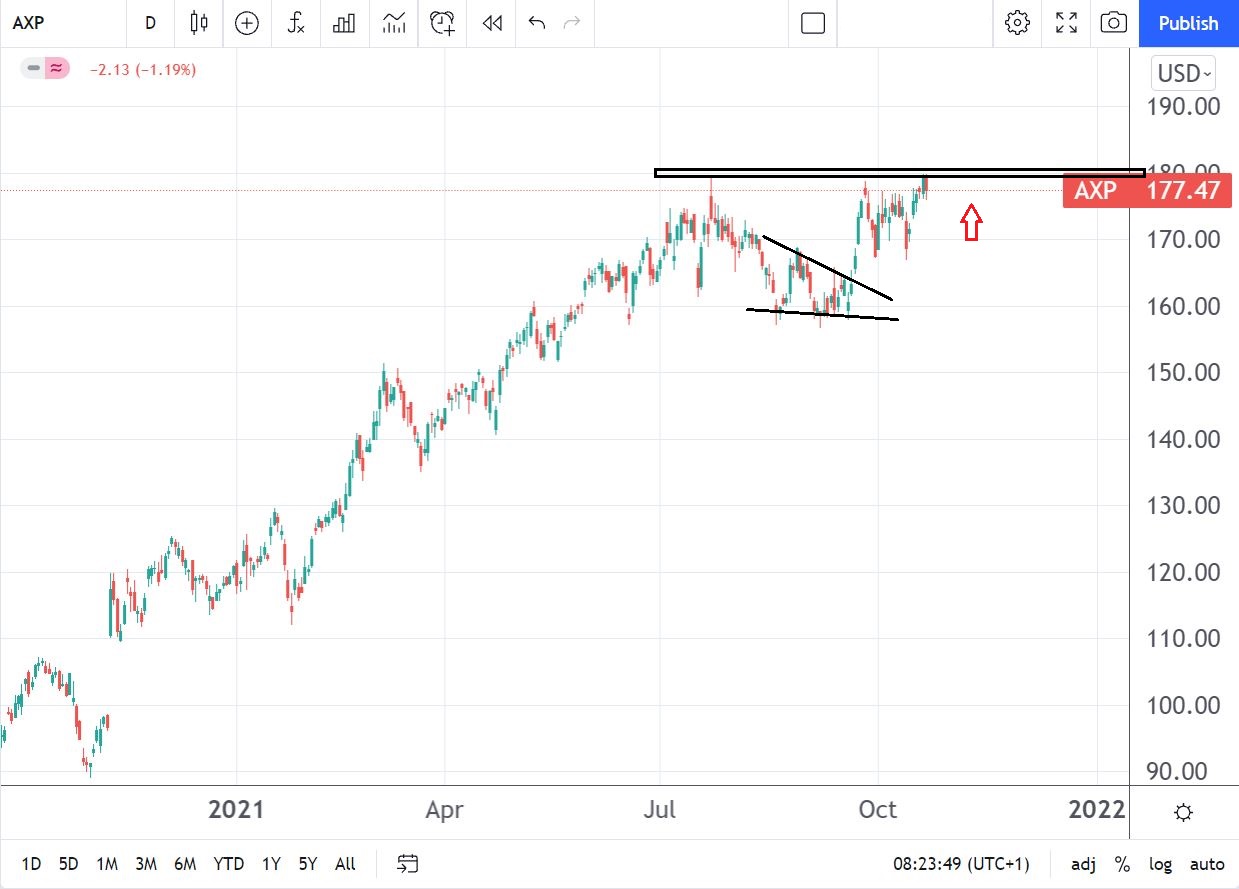 Another company that reports the quarterly earnings today is American Express. The stock price is at record-high levels as the technical picture shows a triangular pattern that broke higher in September, thus acting as a continuation pattern. If the company beats the Q3 2021 estimates, the road to $200 opens as the series of higher highs and higher lows that characterizes bullish trends remains intact.

The U.S. equity indices are the winners this week, as they rallied relentlessly to reach new all-time highs or just shy of such levels. Gold and oil traded with a bid tone, too, while the U.S. dollar trended lower. The energy crisis continues, and so natural gas keeps trending higher too.