Oil price trades below $70 ahead of the NFP (Non-Farm Payroll) report later in the North American session, but holds a bullish bias as suggested by a possible triangle that may act as a continuation pattern.

This trading week was a typical first week of the month – one without any noticeable activity in the markets. As it is the NFP (Non-Farm Payroll) week, this is not unexpected as the currency market rarely makes a significant move ahead of the NFP data release.

The week started with the Chinese equities continuing their correction. The move lower triggered some weakness in the US equity markets and some strength in the Japanese yen. However, it was all short-lived as investors bought the dip and the trend reversed.

As such, the Nasdaq 100 index is back at record highs, the Dow Jones trades with a bid tone, while the European equity markets are at their highs, too. The German index, for example, trades at 15,739 at the time of this writing, very close to its all-time high.

Commodities have had a weak performance this week. Gold is unable to jump much more than $1,800  and it has been struggling at the level for quite some time. Now it tests the downside, and a daily and weekly close below $1,800 puts further pressure on the market.

The US dollar emerged somewhat stronger. Supported by better than expected data, such as the record print in the ISM (Institute for Supply Management) non-manufacturing release, the US dollar reversed some losses from earlier in the week. As such, the EUR/USD pair dropped from 1.19 to close to 1.18 ahead of the jobs report. 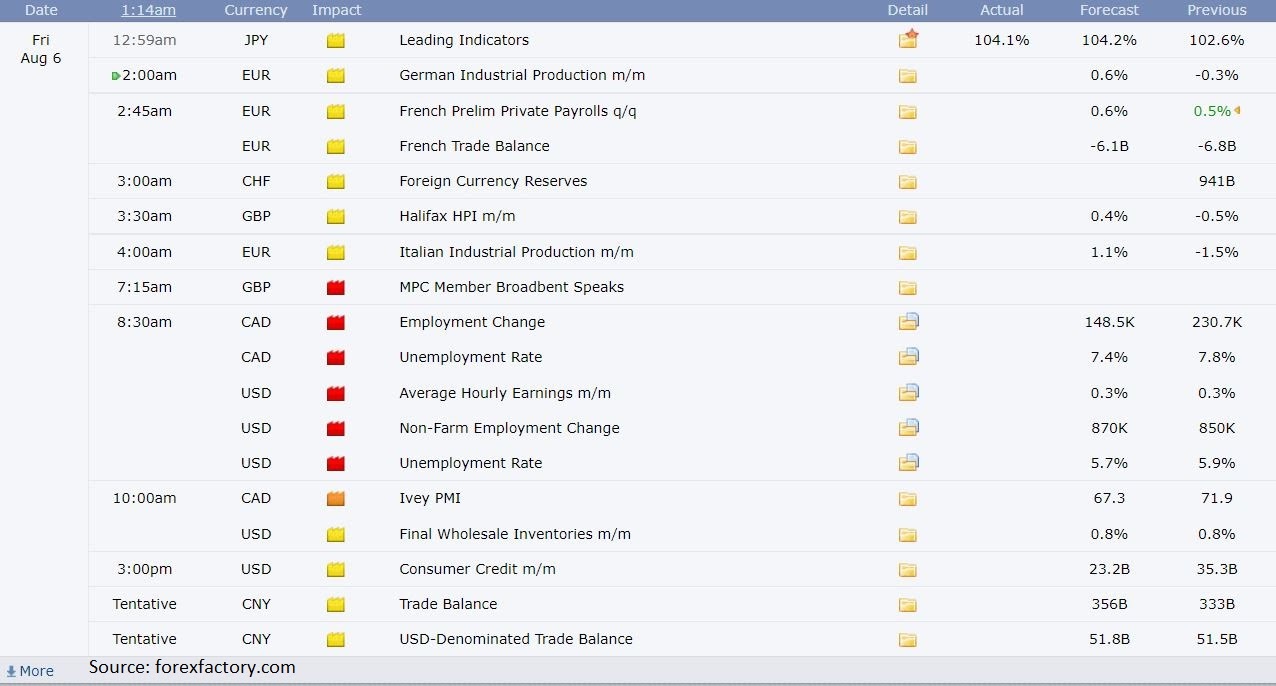 Today’s markets to watch are the WTI crude oil price, Walt Disney, and the Nasdaq 100 index. 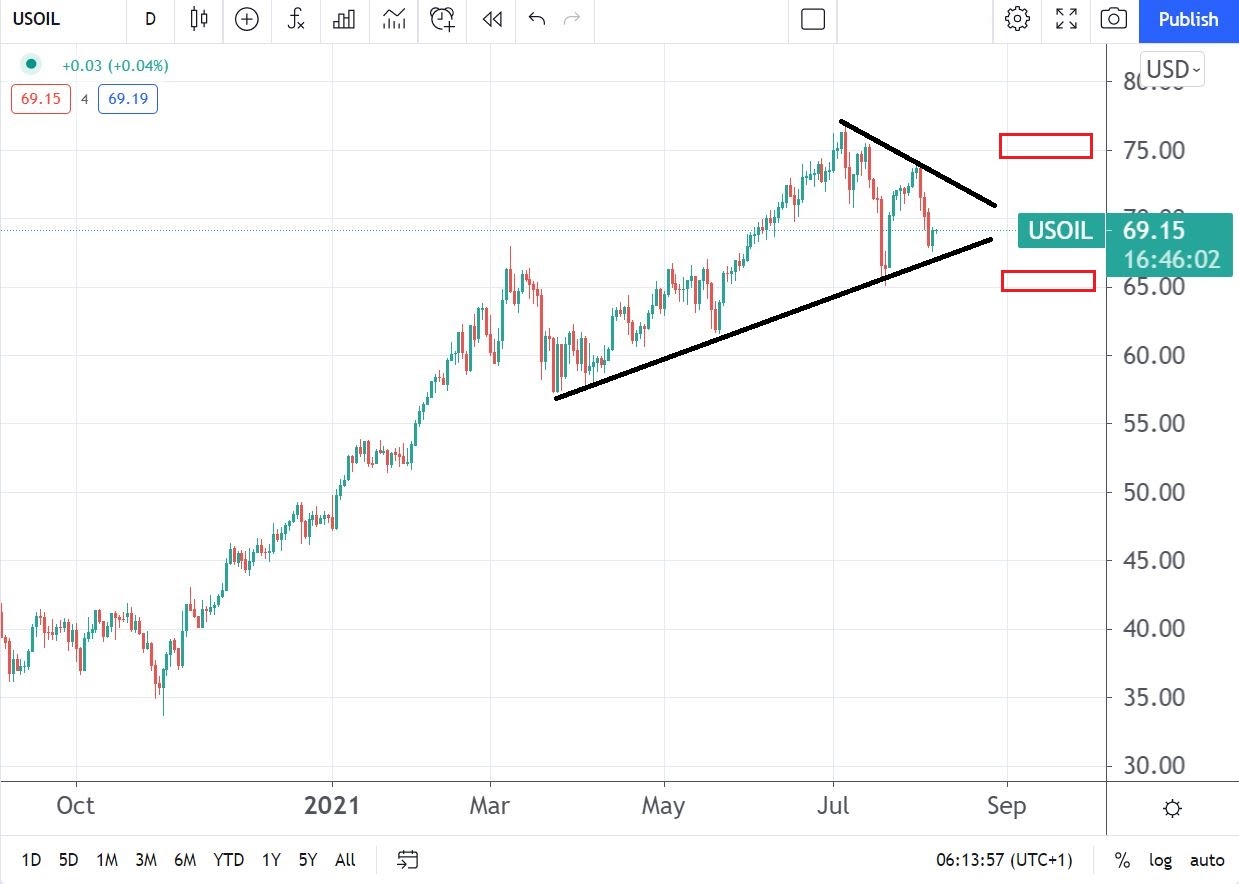 Oil price corrected, but it keeps the bullish bias. After all, it did not break the higher lows series, so the bullish bias persists. Moreover, the technical picture reveals a possible triangle as a continuation pattern. More precisely, this is an irregular triangle and points to further strength if the price breaks the upper trendline. A close above $75 would attract even more upside potential, while a drop below $65 would invalidate the bullish scenario. 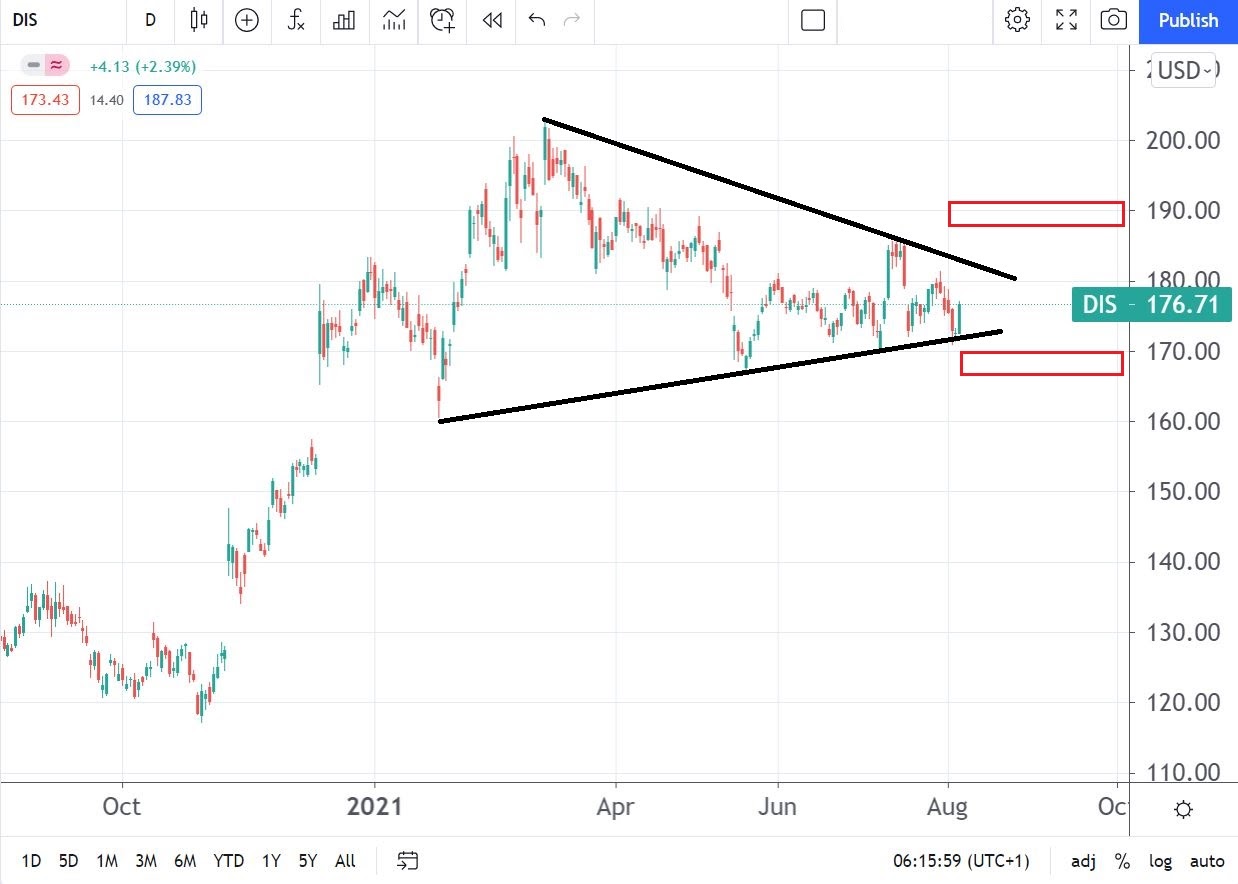 Walt Disney is scheduled to release its Q2 2021 earnings next week. The price action reveals a similar triangle, with the bullish bias persisting while above $170. A close above $190 is bullish, and the market may try for the round $200 level. 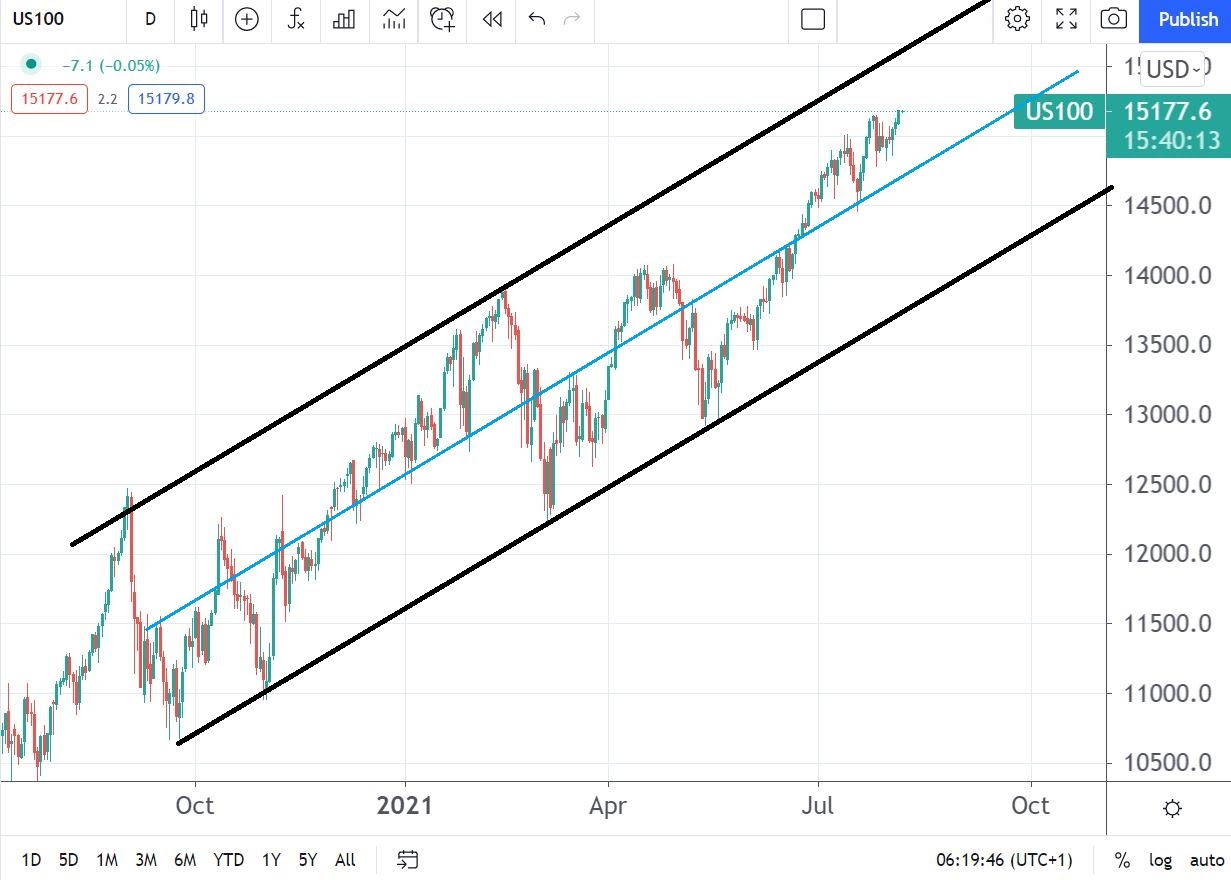 The Nasdaq 100 index has climbed to a new record high this week. The market is in a bullish trend, as defined by the ongoing higher highs and higher lows series. While inside the rising channel, investors will keep buying the tech sector. Only a drop back to 13,000 would invalidate the bullish trend.

The US tech sector and the German Dax index are stronger this week; the Japanese yen remains under pressure on the back of rising equity market prices.