One of the major short squeezes in the FX market happened in the last two weeks, as the USD/JPY pair jumped from 115 to over 121 in a vertical line.

The Japanese yen pairs have outperformed in the past two weeks due to a massive depreciation of the yen. As such, USD/JPY, the main JPY exchange rate, dropped more than 600 pips over the period, with no pullbacks whatsoever.

Looking back at charts, the JPY has underperformed during the COVID-19 pandemic. As such, it feels like the current bullish breakout is a short-squeeze as the market extends its gains.

So what led to the USD/JPY bullish breakout? 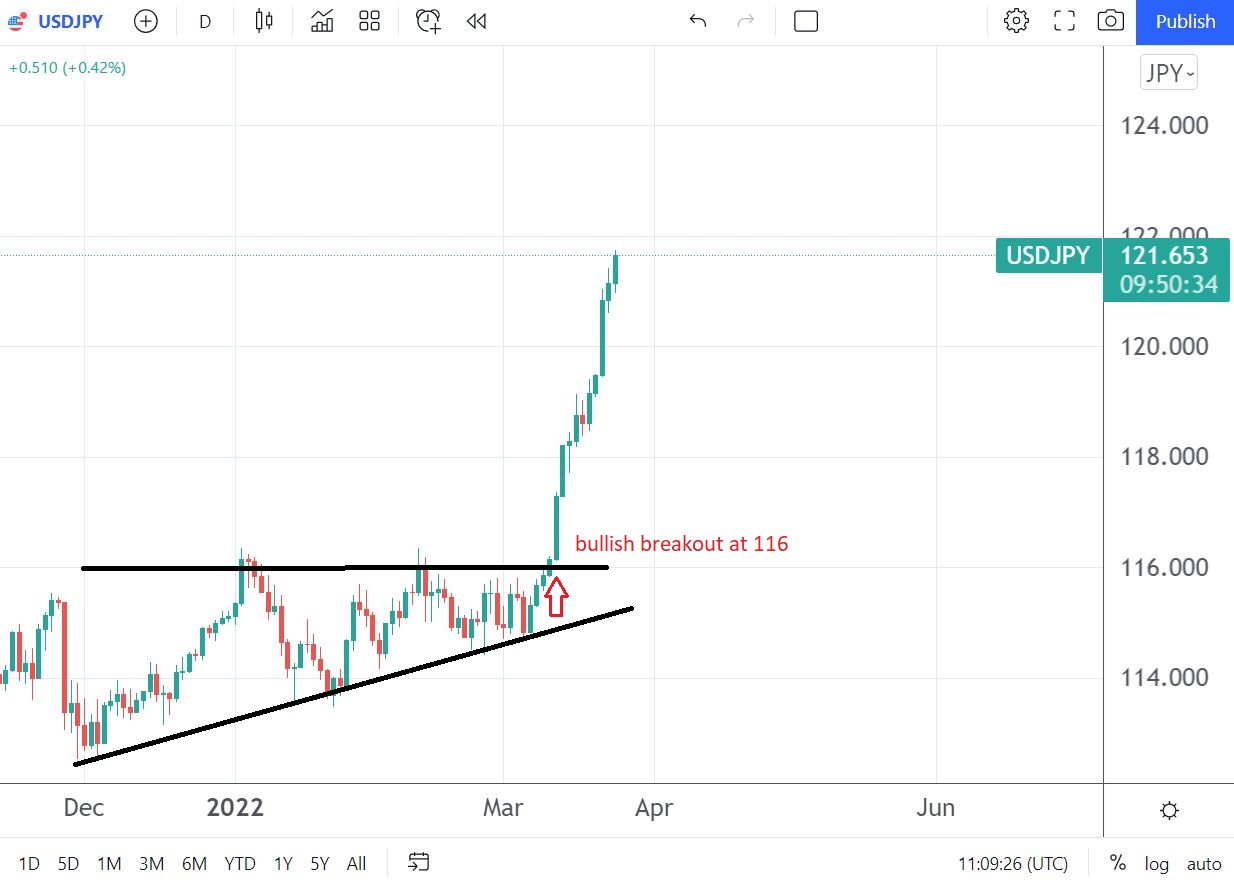 After the bullish breakout from two weeks ago, the market literally rallied without any pullback. Moreover, any correlations that held for a long time in the FX market were broken.

For instance, the USD/JPY advanced while the US stocks recovered from their lows. This is a positive correlation, typical for the FX and equity markets.

But AUD/USD and NZD/USD also moved higher, in an unusual move for such times. Moreover, the Japanese yen is a safe-haven currency, or at least it used to be. It means that during uncertain times such as the Russia-Ukraine conflict, the safe-haven currencies should be in demand. Yet, investors sold and did not buy the JPY.

One of the reasons for the JPY’s decline is the Bank of Japan’s stance. It remains the only major central bank with a dovish stance, and thus its policies weigh on the currency.

What comes next for the USD/JPY?

The market remains bullish from a technical perspective while above the 116 level. Therefore, investors would likely buy any pullback, and unless the central bank signals a change in the policy, the JPY will remain offered.