The Bank of Canada is expected to hike the interest rate at this week’s monetary policy meeting. How will the decision influence the USD/CAD exchange rate?

The USD/CAD exchange rate was a pain to trade for currency traders lately. So the rate hike should be bullish for the Canadian dollar, but it may be that the hike is already priced in.

Also, because the Federal Reserve of the United States is also scheduled to raise the rates in March, the emphasis will be on the two central banks’ forward guidance. 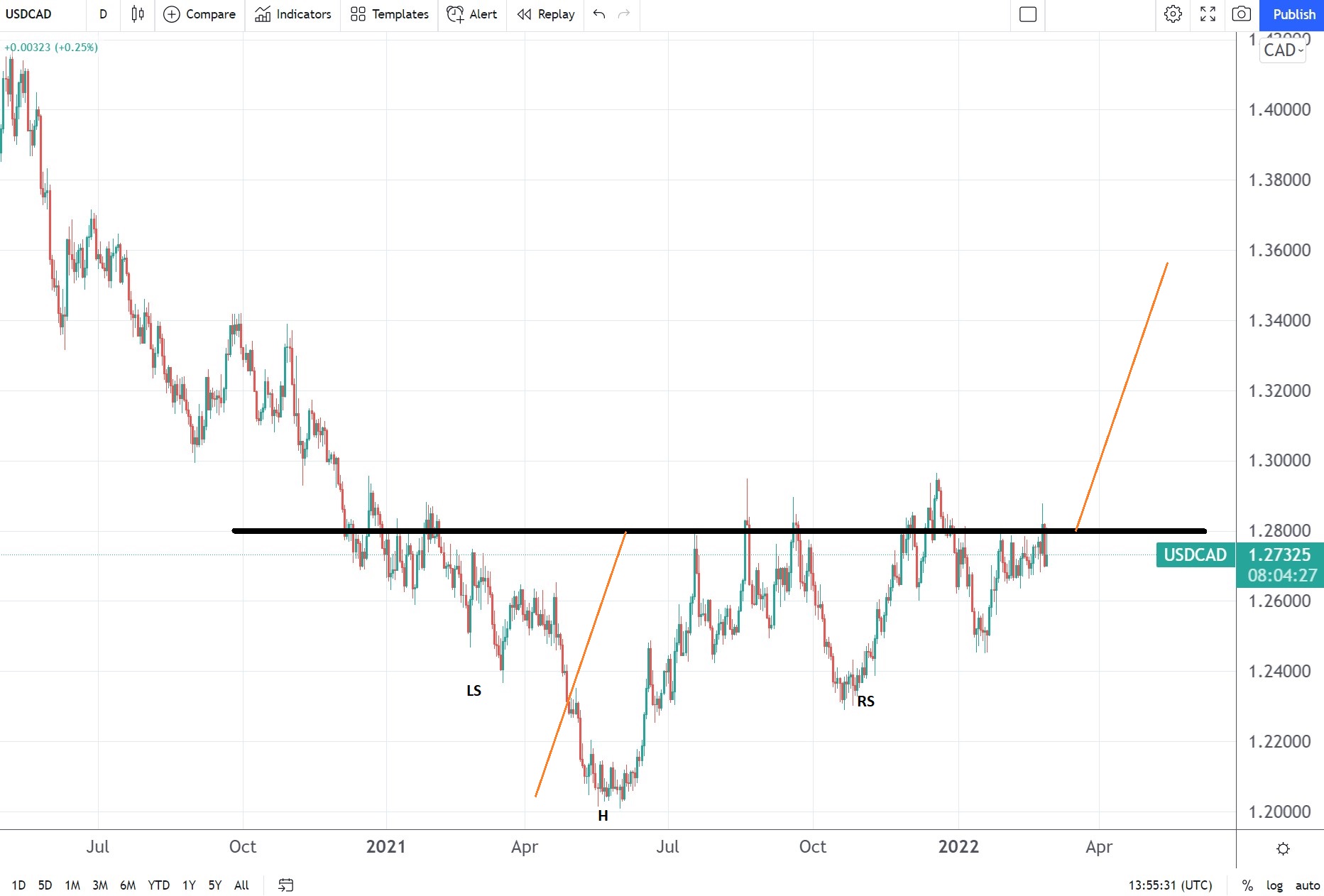 The Bank of Canada delayed hiking the interest rate in January on concerns about the Omicron wave. But the economy runs at full speed, and inflation has hit a 30-year high, making it almost a certainty that the rates will be lifted at this week’s meeting.

From a technical analysis perspective, the USD/CAD looks bullish. A possible head and shoulders pattern appeared on the daily timeframe and the market currently struggles to rise above the neckline.

Further strength should be expected on an advance above the neckline, as the pattern’s measured move points to 1.36.

However, traders might want to consider other factors behind the central bank’s decision and the technical analysis picture. For example, the Canadian dollar has a direct correlation with the oil price, which trades close to $100/barrel on the back of the Russia-Ukraine conflict.

More strength above the psychological level should support the Canadian dollar, thus a bearish development for the USD/CAD pair.