Home > Time to buy the JPY? Here are 3 reasons why Elliott Waves suggests so

The Japanese yen (JPY) weakened in 2021, as reflected by the USD/JPY rally. But Elliott Waves traders have reasons to suspect a reversal might be in the cards.

One of the strongest rallies in 2021 happened in the JPY pairs. As seen in the chart below, the USD/JPY rallied from 102.50 to above 115, with very shallow pullbacks.

However, the rally stalled in the last couple of months. Is it time to buy the JPY? Here are three reasons to sell the USD/JPY according to the Elliott Waves Theory. 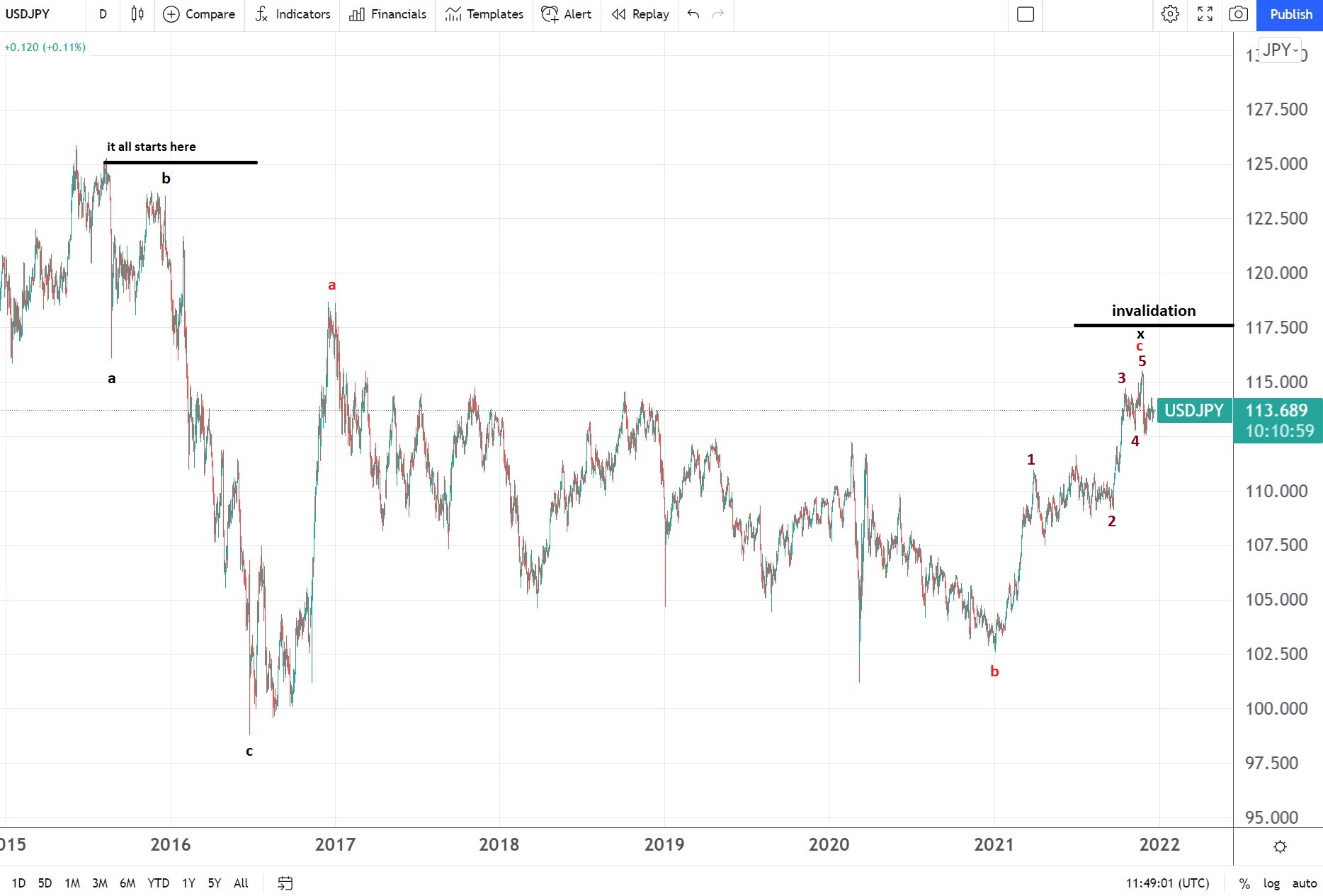 At the current market levels, the x-wave, or the intervening wave, ended just above 115.

The next clue suggesting a JPY reversal is the x-wave’s structure. Labeled with red, it shows a common flat pattern.

Common flats distinguish themselves from other flats by having the b-wave the most time-consuming in the pattern. Also, the b-wave retraces more than 80% into the territory of the previous a-wave.

According to the theory, a reversal might be unfolding because the c-wave appears to be completed with the move above 115. The c-wave of a flat is an impulsive structure or a five-wave structure, and we can label five waves from the lows.

This is a first wave extension impulsive move because the first wave is the longest. Moreover, we see no overlapping between the fourth and the second waves – another confirmation.

According to the theory, the market should completely reverse the impulsive structure. As for the invalidation area, a move above 117.50 would do so.