Home > Time for silver to shine? So far, so good.

Silver looks ready for a new leg higher after breaking above the neckline of an inverse head and shoulders pattern. The pattern's measured move points to $27.50.

Silver is one of the most versatile metals in the world. It has applications in several industries, such as electronics, jewelry, renewable energy, or investment.

It is a precious metal closely correlated to the price of gold, but one that may cause some concerns for the silver-intensive future that lies ahead. Its price has declined in 2021 so far, just like the price of gold did. However, it bounced recently, after a pattern within a pattern suggests more upside is possible.

Because of its use in so many industries, the supply of silver is critical to its price evolution. Like any commodity, the price of silver depends on supply and demand imbalances. Because most of the silver production is in South and Central America, the risk of disruptions for entire industries is very much alive.

For the investing community, silver and other precious metals function as a hedge against inflation. Rising inflation is a reality in the aftermath of the central banks' decisions during the COVID-19 pandemic. As such, demand for silver from the investment community may increase as inflation rises. 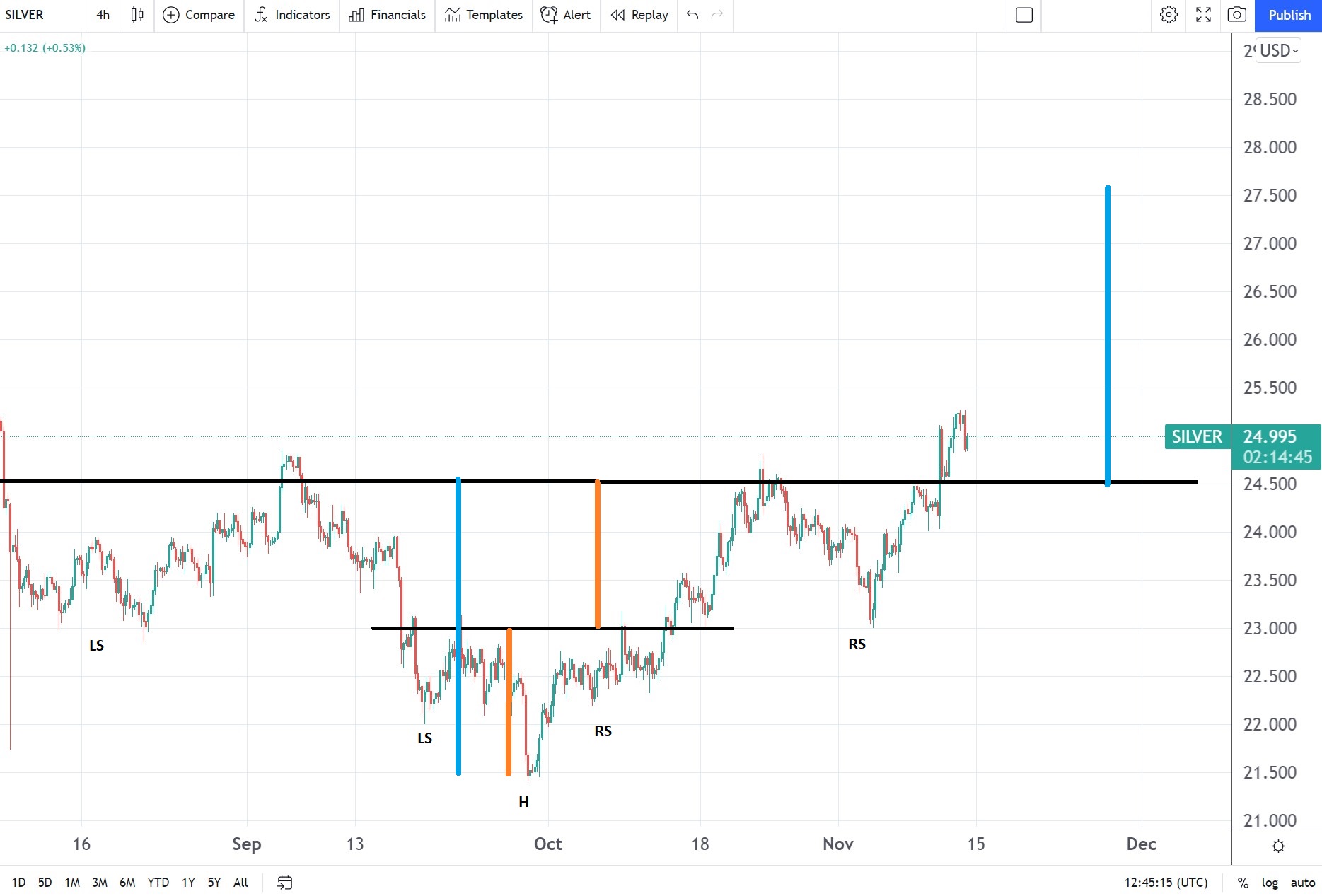 Silver made a low in October when it bounced from the $21.50 area. Because the bounce was aggressive, technical traders may make a case for an inverse head and shoulders pattern. The two consolidation areas that followed led to a pattern within a pattern scenario. More precisely, the price of silver formed not one but two inverse head and shoulders patterns, with different measured moves.

All in all, silver and other precious metals should benefit from a rise in inflation as investors want to get exposure to hedge against rising prices. If we couple this with strong demand from silver's industrial use, we have a strong bullish case for gold