Home > Should you buy the euro now that it drops across the dashboard?

Should you buy the euro now that it drops across the dashboard?

Euro is falling across the board, losing ground against most of its peers. The common currency is likely to remain weak in the period ahead.

The common currency had a terrible month – it is down across the dashboard, with no end in sight for the decline. Euro is down against the world’s reserve currency, the US dollar, but also against other G10 currencies, such as the Japanese yen, the Canadian dollar, or the Australian dollar.

Truth be said, the developments in Europe do not warrant a long position on the common currency. On the one hand, the European Central Bank keeps its dovish stance, unlikely to tighten the monetary policy ahead of other central banks. On the other hand, winter is coming, and Europe depends on energy from Russia, which makes its economies vulnerable to any disruptions in the natural gas deliveries. 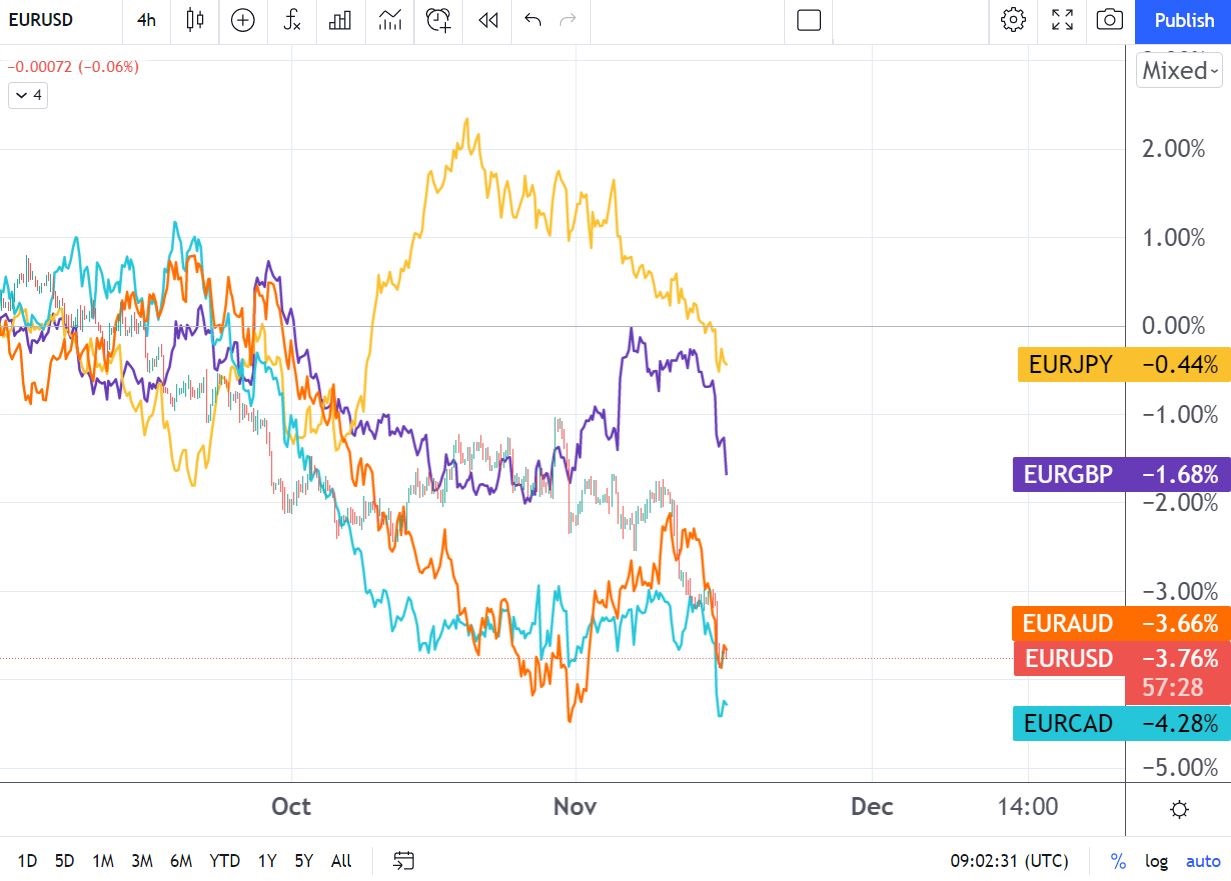 3 reasons to avoid the euro

The first thing that comes to mind is the divergence between the Federal Reserve and other central banks, such as the Reserve Bank of Australia or the Bank of Canada, when it comes to their monetary policy plans. Literally, all other major central banks talk about tightening the monetary policy, while the ECB sees no reason to do so. Hence, from this point of view, the euro should have a hard time rallying.

Second, there is another divergence to consider when comparing the euro with the US dollar – inflation. Core inflation is much higher in the United States and, ironically, this is good, not bad for the dollar. The implications are that the Fed will be cornered into tightening much faster than planned; thus, markets view the divergence as bullish for the dollar.

Last but not least, the COVID-19 infections are on the rise in Europe again. The virus has seasonality and in some European countries, some sort of lockdowns were already announced. Despite the relatively higher vaccination rates in most Western European countries, the fear of a new COVID-19 wave is rising as Christmas approaches. Therefore, new lockdowns would only mean a decline in the European economic output, a negative for the common currency.

All in all, the euro looks weak and the weakness should persist moving forward. Those willing to take the other side of the trade should think of what all of the above means for the European Central Bank.