Home > Should you buy Microsoft stocks after beating quarterly estimates?

In a trading week when the tech sector was one of the most vulnerable ones, all eyes were on the big tech companies scheduled to release their earnings. The first one was Microsoft – it reported its financial performance for the second quarter of its 2022 fiscal year, delivering outstanding results.

The market expected EPS of $2.32 on the quarter, but Microsoft reported $2.48. Moreover, revenue, operating income, net income, and diluted earnings per share rose by more than 20% compared to the same period last year. Furthermore, the forward guidance and outlook for the next quarter are optimistic.

As such, Microsoft’s stock price is seen higher by 6.02% pre-market, and the rally triggered a sharp reversal in other tech stocks. Can the shares hold onto their gains, considering that the Federal Reserve is scheduled to release its monetary policy statement today?

For the second quarter of the 2022 fiscal year, Microsoft reported revenues of $51.7 billion – higher by 20% compared to the same period last year. Moreover, operating income increased by 24% and net income by 21%.

No matter how you look at these results, they are nothing short of impressive. For a company like Microsoft to deliver such growth, it tells us that its ability to scale is not affected by its size.

Revenue in the intelligent cloud is worth special mentioning. Server products and cloud services revenue increased 29%, driven by strong growth in Azure revenues. 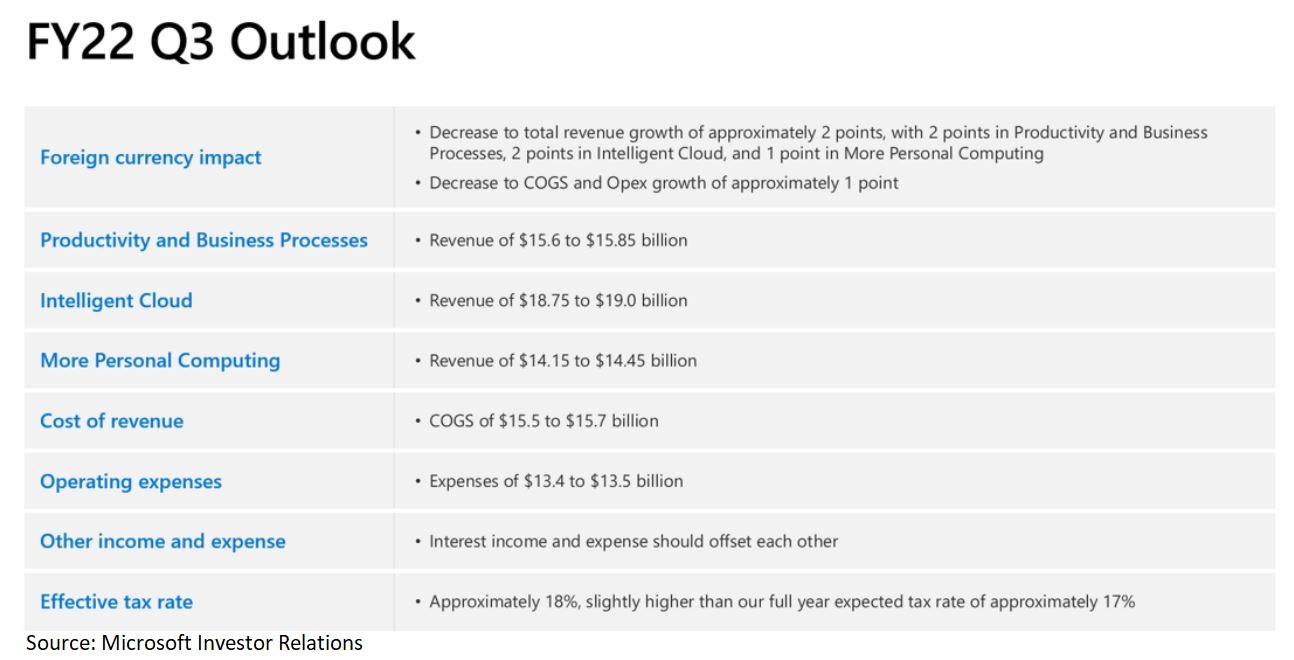 Microsoft is a dividend-paying company operating with a gross profit margin of 68.86% in the last twelve months. At yesterday’s closing price, the company’s market capitalization was $2.23 trillion, and the enterprise value $2.17 trillion.

Analysts were impressed by Microsoft’s earnings. Deutsche Bank said that the company earned its “trust” after the solid quarter, while Citigroup remarked that Microsoft is “living up to the legend.”