Home > Should you buy FTSE 100 now that it has reached a massive support area?

FTSE 100 reaches support in the 7,250 area after having a hard time breaking higher. Is this the time to buy ahead of an end-of-year rally?

The FTSE 100 index traded in a tight range for most of the year. It had a hard time breaking above 7,500 points and consolidated below from May until November. However, it managed to break higher and went as  high as 7,400 before the current move lower. The big question now is if support holds and if this is the right place to buy for an eventual Santa Clause rally?

From a technical perspective, this is as good a place to buy as any. According to the interchangeability principle, support levels turn into resistance and the other way around. This is precisely what happened here – resistance turned into support, thus giving an opportunity to go long. Traders willing to take the chance need a stop-loss order at 7,000, while aiming for a new higher high above 7,400. 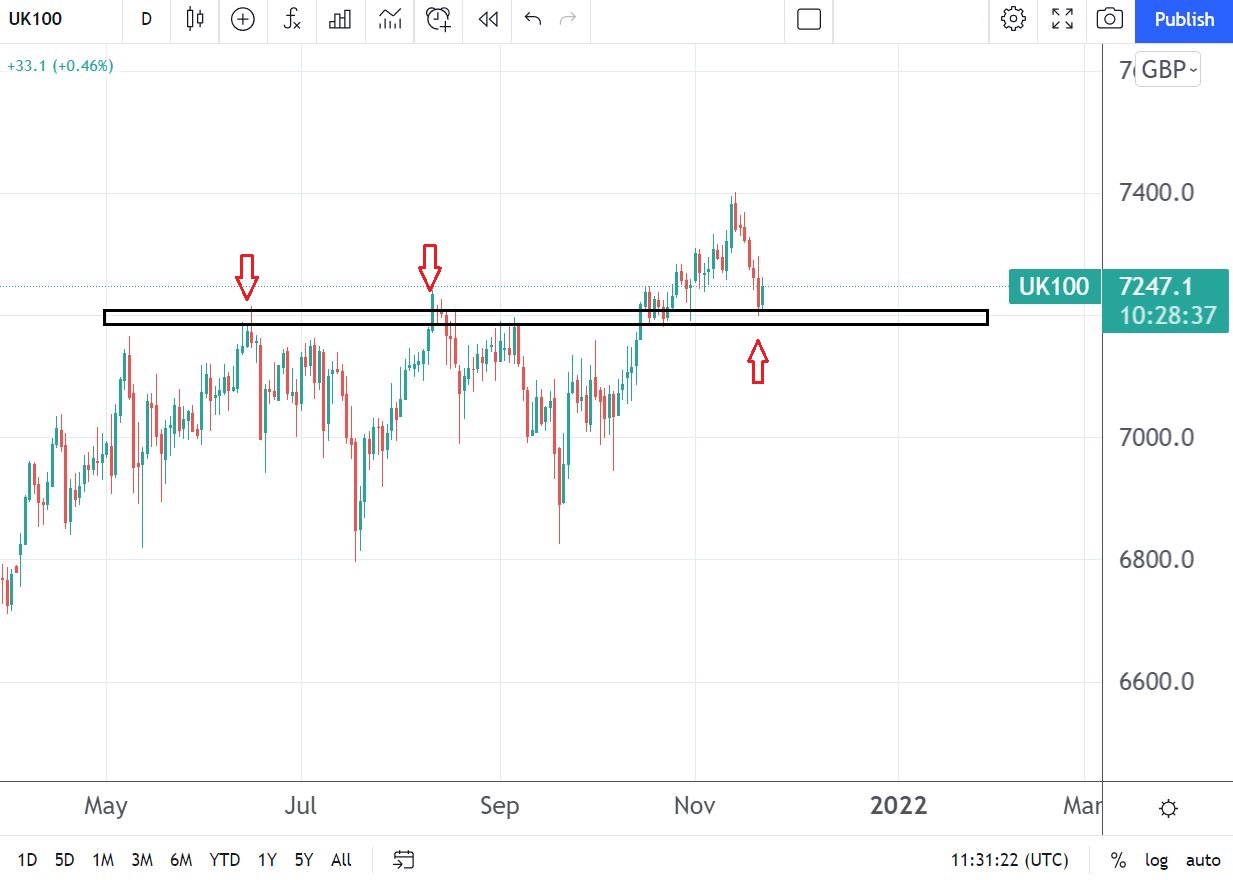 One of the major hurdles in a higher stock market level is the Bank of England’s hawkishness. In October, the Governor, Andrew Bailey, suggested that the central bank be close on delivering a rate hike in response to rising inflation.

However, despite the market participants building expectations for a rate hike, the Monetary Policy Committee failed to deliver one at their last meeting. This is one of the reasons why the FTSE 100 cleared the 7,250 resistance area and rallied to 7,400.

In the meantime, Bailey voiced some hawkish comments again. Last week, he said that the central bank could not remain indifferent to higher prices, those paving the way for monetary tightening. Indeed, it appears that the  Bank of England follows closely in the Fed’s footsteps by turning hawkish.

If that is the case, the FTSE 100 will have a hard time rising to new highs. Nevertheless, the technical picture looks bullish while above 7,000. Therefore, the recent decline may bring an opportunity for the end of the year for traders willing to take the risk and buying at former resistance turned into support.