Roblox shares are on a tear higher as the company reported better than expected Q3 2021 earnings. Moreover, average daily active users jumped by 31%.

Roblox shares are seen higher by close to 30% in premarket trading after the company reported its  Q3 2021 earnings. The results were much better than the market expected, with some numbers nothing short of spectacular.

To start with, the company reported revenues higher by 102% when compared to the same period last year. Moreover, bookings increased 28% over the third quarter of 2021, as people of all ages spent over 11 billion hours on Roblox.

Furthermore, the average daily active users reached 47.3 million, up by 31% year-over-year. The cash and cash equivalents position doubled as well, just as revenues did. Investors celebrated the better than expected results and the stock price jumped. However, the company continues to lose money. While the quarterly earnings are promising, the net loss attributable to common shareholders continues to grow, almost doubling in the last twelve months. 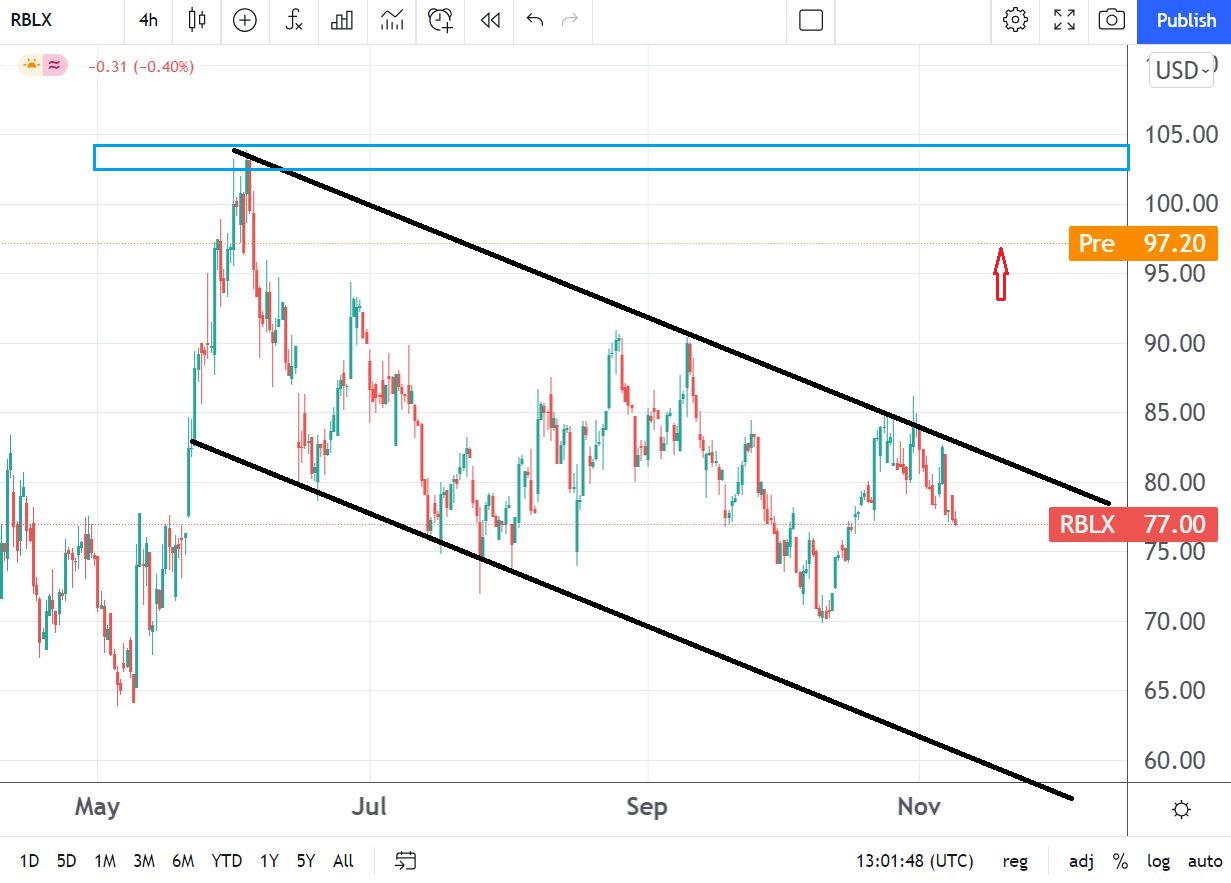 Roblox traded close to $100/share following its IPO this year but corrected ever since. It appears that the Q3 2021 earnings triggered a move higher, a breakout from the bearish channel, and thus points to more strength. The $100 mark may also act as a psychological level, as round numbers often do so.

A daily close above $100 should trigger further upside, as the price makes a new higher high without breaking the series of higher lows. Only a drop below $70 spoils the bullish bias.

How about future estimates?

Roblox operates with a gross profit margin of 17.32%, much lower than the 51.30% sector median. The company operates in the interactive home entertainment industry and employs close to 1,000 people. Founded in 2004, Roblox is headquartered in San Mateo, California.