Home > Resilient euro bounces on every dip: here are 2 reasons why

The common currency finds buyers on every dip, despite a ravaging war on its doorsteps. So why is the euro so resilient?

When Russia invaded Ukraine, many hurried to call the end of the European Union as we know it and of the euro. It is not the first time the common currency was labeled as “doomed” by traders saying it is impossible to survive.

After all, the European Union was built on crises. Nevertheless, it found a way to survive each of them – starting with the Greece sovereign crisis and ending with Brexit.

Nowadays, the Russia-Ukraine war is another reason to worry for Europe, already weakened by Brexit. But if anything, a unified Europe responded swiftly to an invader, something that would have been much tougher for one country alone.

In any case, the common currency found buyers on every single dip. For example, check the EUR/JPY chart below.

After the initial drop on fears of what the war in Ukraine brings, the pair rallied back to 130. Judging by the technical picture, the logical target is somewhere around 132, where the pair had a hard time finding buyers.

So why is the euro so resilient? Here are two explanations: the ECB will not delay the normalization of its monetary policy, and the war in Ukraine showed a unified European response. 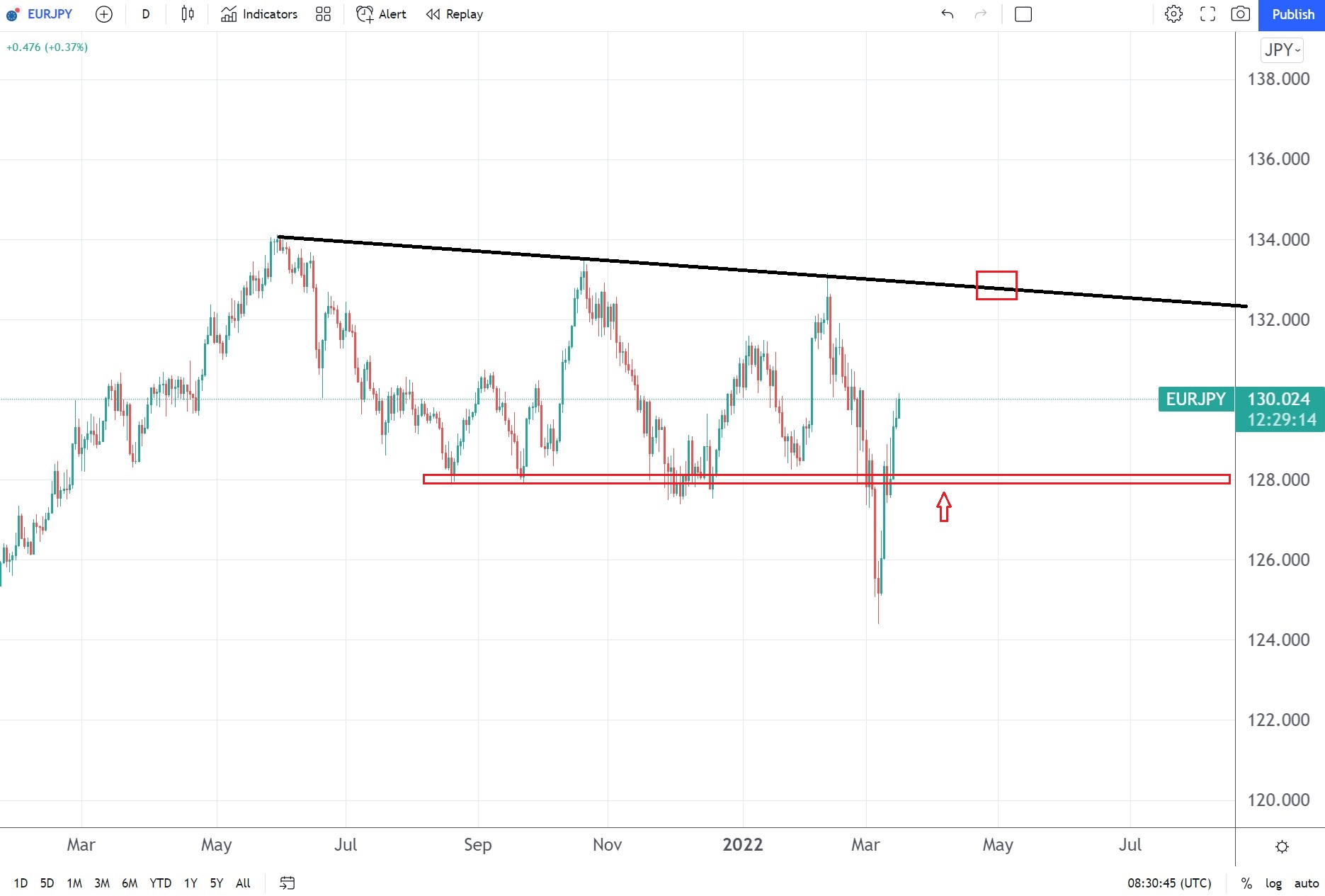 The March ECB monetary policy decision and press conference showed the central bank’s determination not to delay the normalization of its monetary policy.

In other words, the war in Ukraine will not deter the central banks from tightening the policy, and it did surprise markets by accelerating the tapering of its asset purchases – thus, making the common currency more attractive to investors.

Russia surely thought Ukraine would fall within days, but that was not the case. One of the reasons, besides the bravery of the Ukrainian people, was the unified European response.

Never had the European Union reacted so fast to a crisis – not even in response to the COVID-19 pandemic.

Such unity shows investors that Europe in its current format is here to stay as it speaks with one voice even in the face of evil. So why not buy the common currency then?