NZD/USD bounced recently from dynamic support on the back of a hawkish Reserve Bank of New Zealand. The central bank raised the rates again overnight, bringing the official cash rate at 1%.

The one central bank scheduled to release its monetary policy this week was the Reserve Bank of New Zealand (RBNZ). It raised the official cash rate to 1%, as expected.

Moreover, it delivered a hawkish statement. The forward guidance leaves no room for interpretation, as, according to the central bank, more tightening is needed.

Furthermore, the RBNZ will begin the reduction of its bond holdings, also known as quantitative tightening. All of these represent hawkish developments, as the central bank is in a hurry to bring down inflation so as to deliver on its price stability mandate.

Speaking of inflation, at 5.9%, it is much higher than the 1%-3% range targeted by the RBNZ. Because of that, further increases in the official cash rate are in the cards. 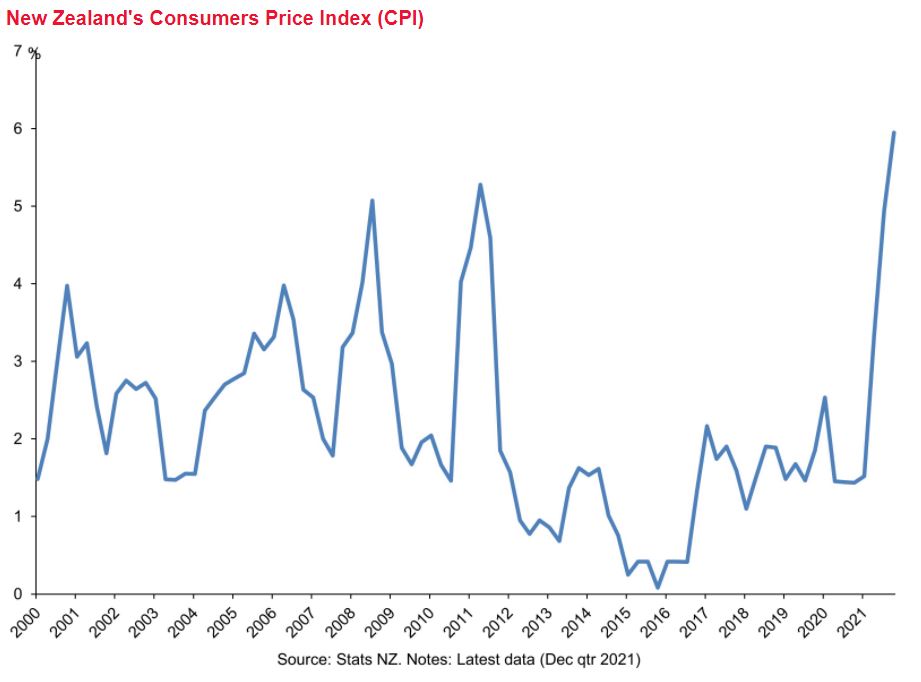 A possible bullish flag pattern appeared on the daily chart, with the exchange rate reacting at the lower edge of the flag. The interest rate differential between the two central banks is here to stay for a while – the RBNZ’s official cash rate is already at 1%, while the Fed’s federal funds rate is close to zero.

As such, even if the Fed delivers a 50 bp rate hike in March, which appears to be unlikely at this time, the gap between the two is still significant. Therefore, the NZD/USD can easily move into the upper side of the downward channel and even press against dynamic resistance. 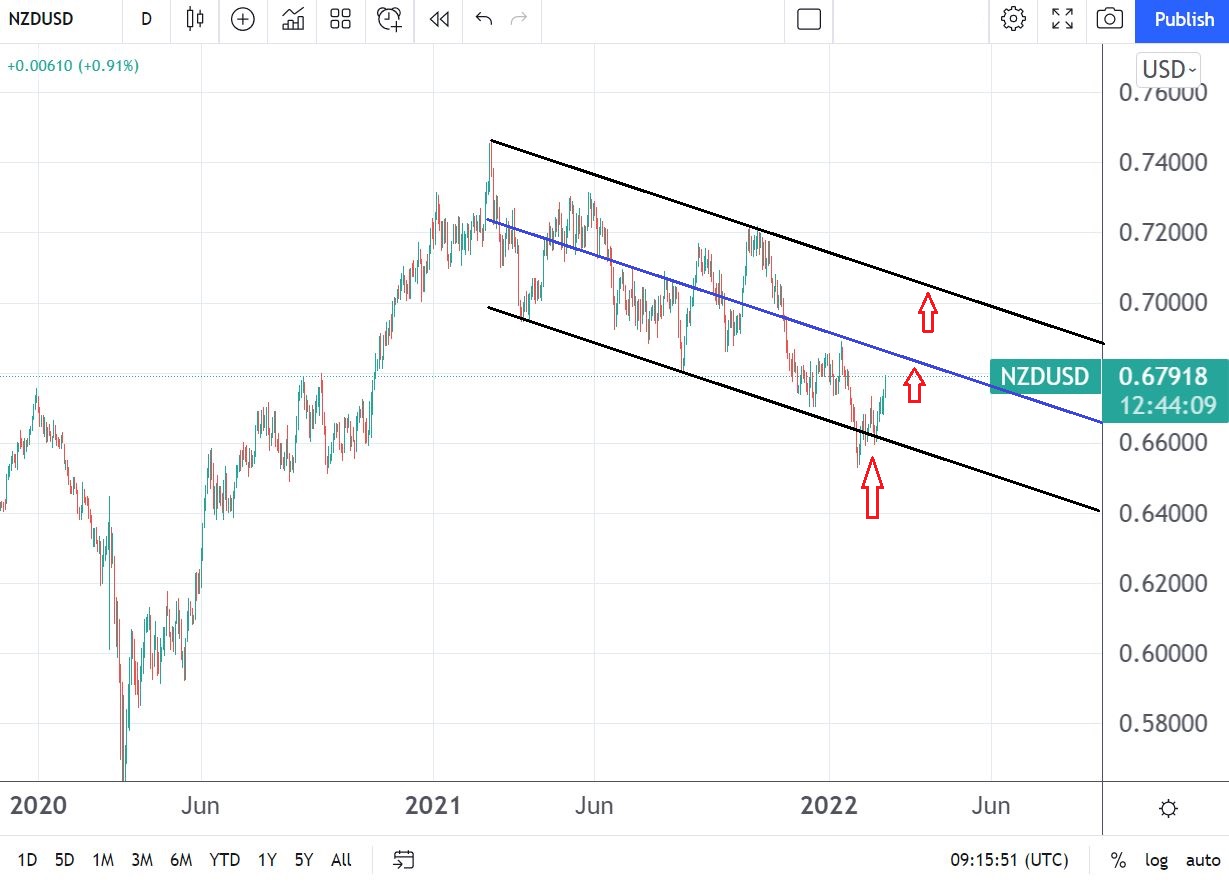 All in all, the NZD/USD exchange rate is unchanged YTD. It started the new year from about the same levels and then declined on the back of strong demand for US dollars.

Now that the RBNZ delivered on its earlier hawkish statements bulls will likely push for a move in the upper half of the rising channel. Once there, the test of the 0.7 should come sooner rather than later, as the round number proved to be a pivotal one in the past.