NZD/USD rallied all week until finding some resistance at the 0.70 area. So how to interpret the technical picture?

As such, the NZD/USD currency pair rose from 0.6750 on the day of the Fed’s announcement to close to 0.70, in an almost straight line. So what to expect from now on?

The market recently formed an inverse head and shoulders pattern from a technical analysis perspective. Its measured move suggests more upside, with 0.7150 the minimum distance the market should go. 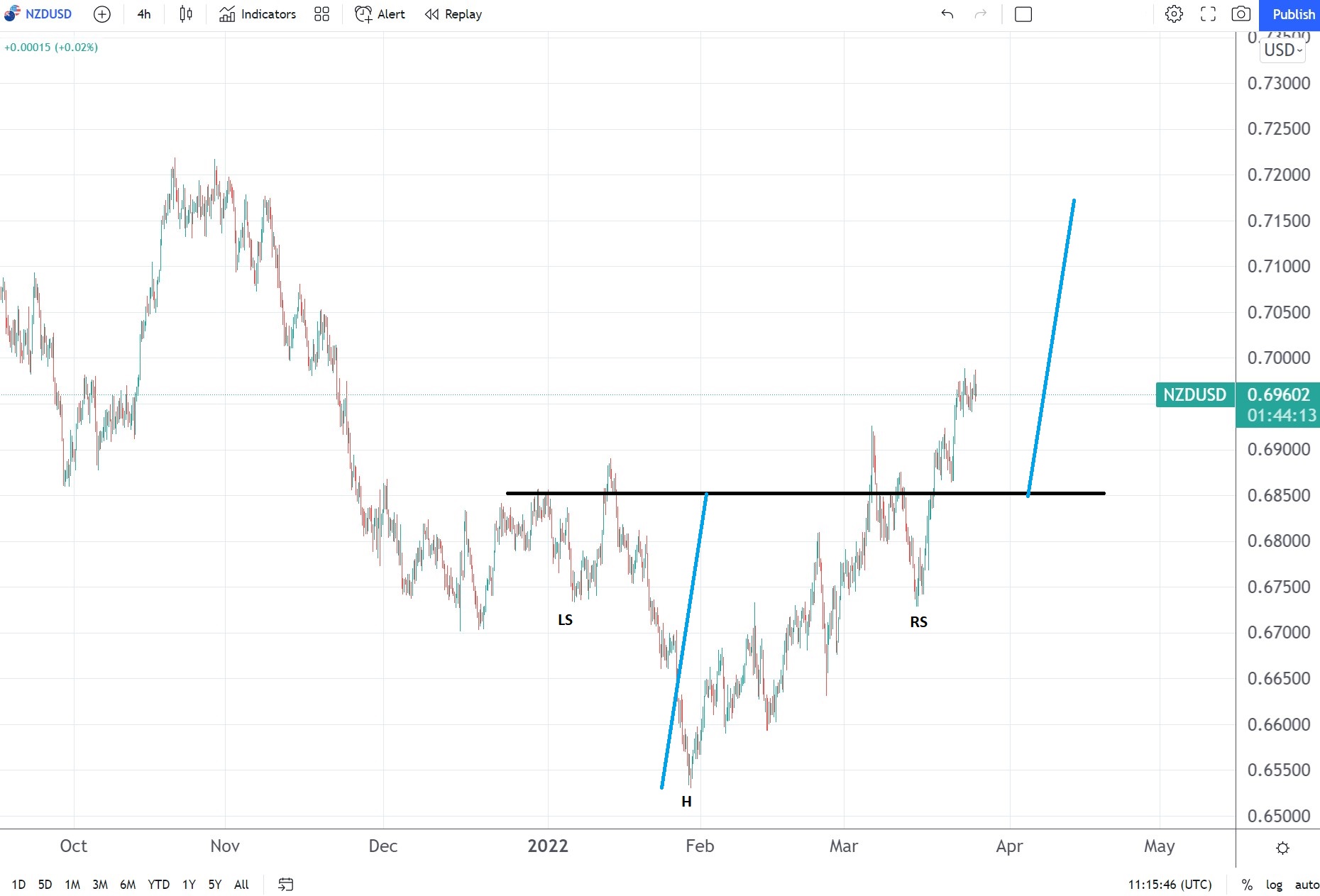 NZD and AUD decoupled from other peers

It was not only the New Zealand dollar, but the Australian dollar too, that gained against the greenback. Other currencies, such as the euro or the British pound, lost ground against the almighty US dollar.

One explanation could be that the two countries down under, Australia and New Zealand, are far away from the Russia-Ukraine conflict that spooked Europe and financial markets recently. Another is that inflation while rising in both Australia and the United States, did not reach such elevated levels as in the United States.

Inflation is higher in the United States

Speaking of the US inflation, the Federal Reserve decided it is time to increase the federal funds rate in response to a much higher than expected rise in the prices of goods and services. The problem is that the Fed hiked only 25bp while inflation in the US runs at 7.9% YoY.

In other words, the rate hike does not change much on the big picture in real terms. As such, investors preferred to direct their investments towards other places with lower inflation and far away from the conflict area in Europe.

All in all, the Kiwi dollar, as the New Zealand dollar is also called, remains bid while above 0.6850. Moreover, the rally may take another dimension if the NZD/USD pair closes the trading week above 0.70.