Precious metals started the trading month in consolidation, but the patterns on the larger time frames are bullish. Silver price is bullish while above $25.

August is here and the trading month starts with a busy week. Two central banks (the Reserve Bank of Australia and the Bank of England) will release their monetary policy statements this week on top of the Non-Farm Payroll release on Friday.

This month, commodity prices are in focus, in particular precious metals. Gold and silver have corrected or consolidated for most of the trading year, but the bias remains bullish if we look at the larger time frames. For gold, $1,800 is pivotal, just as the $25 is for silver.

WTI crude oil opened the trading month above $73, unchanged since last week. Oil price’s ability to remain above $70 will further put pressure on the price of goods and services and, thus, affect commodity prices.

Equity markets suffered a bit last week as the Chinese authorities pushed newer, tougher legislation against tech companies. As such, the tech sector in the United States corrected, but investors did buy the dip. The S&P 500 index reached a new all-time high at the end of the last trading week, and the futures market indicates levels close to highs.

In Europe, equity markets were relatively stable last several weeks. The FTSE 100 index in the United Kingdom holds steady above 7,000 points, and the German Dax index holds above 15,500.

The FX market’s price action remains dominated by a weak US dollar. The EUR/USD pair reached 1.19 last Friday before being rejected and the GBP/USD pair came back close to 1.40.

The day starts slowly from an economic calendar’s point of view as no relevant economic data is due in the European session besides the manufacturing PMI (Purchasing Managers Index). The market expects strong numbers from the major European economies, such as 66 in Switzerland, 60.4 in the United Kingdom or 65.6  in Germany.

During the North American session, the ISM (Institute of Supply Management) manufacturing and the monthly construction spending will offer further clues about the pace of the economic growth in the United States.

The silver price, EUR/AUD, and GBP/USD are the markets in focus today. 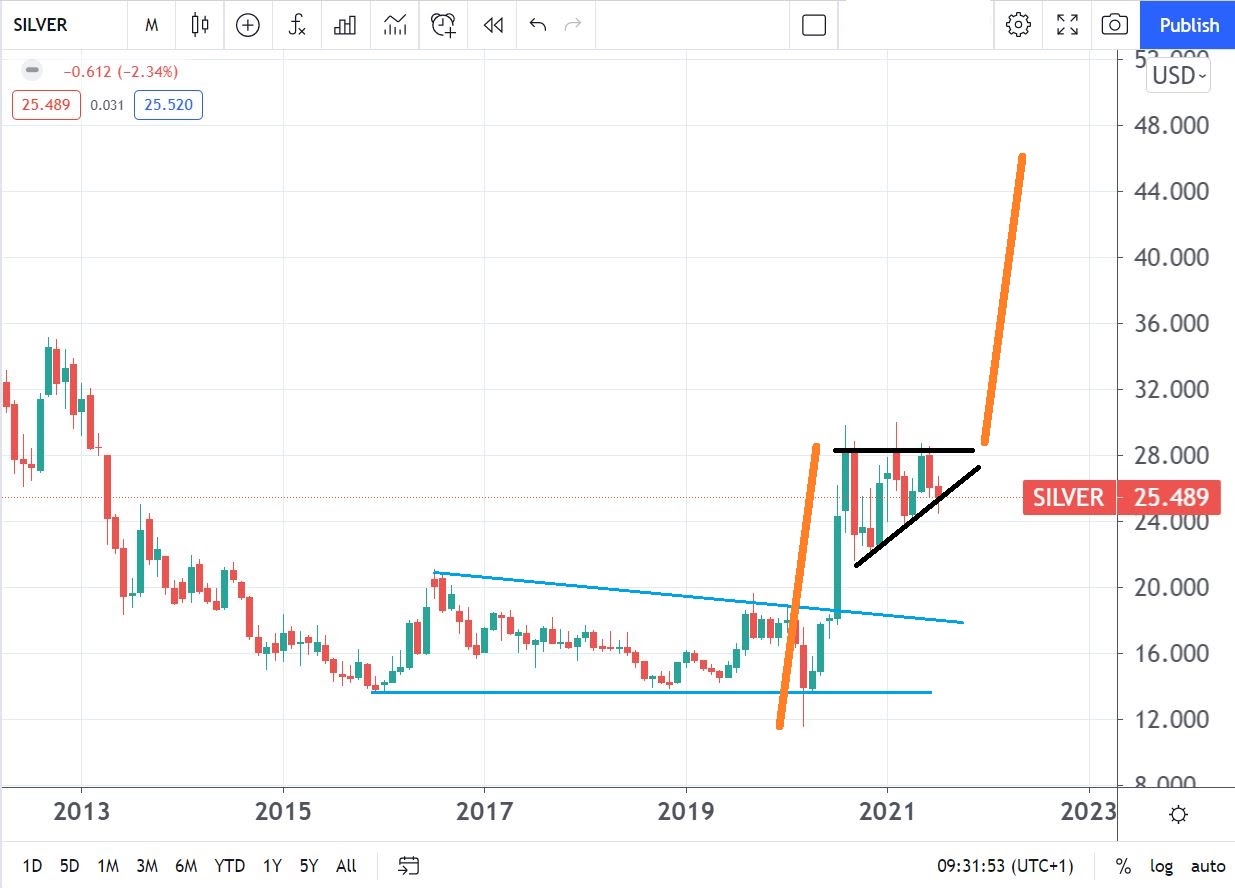 The bigger picture on the silver market is bullish – an ascending triangle on the monthly chart points to further strength in the period ahead. Traders should focus on the $28 level and a daily or weekly close above the level will point to a possible bullish breakout for the silver price. 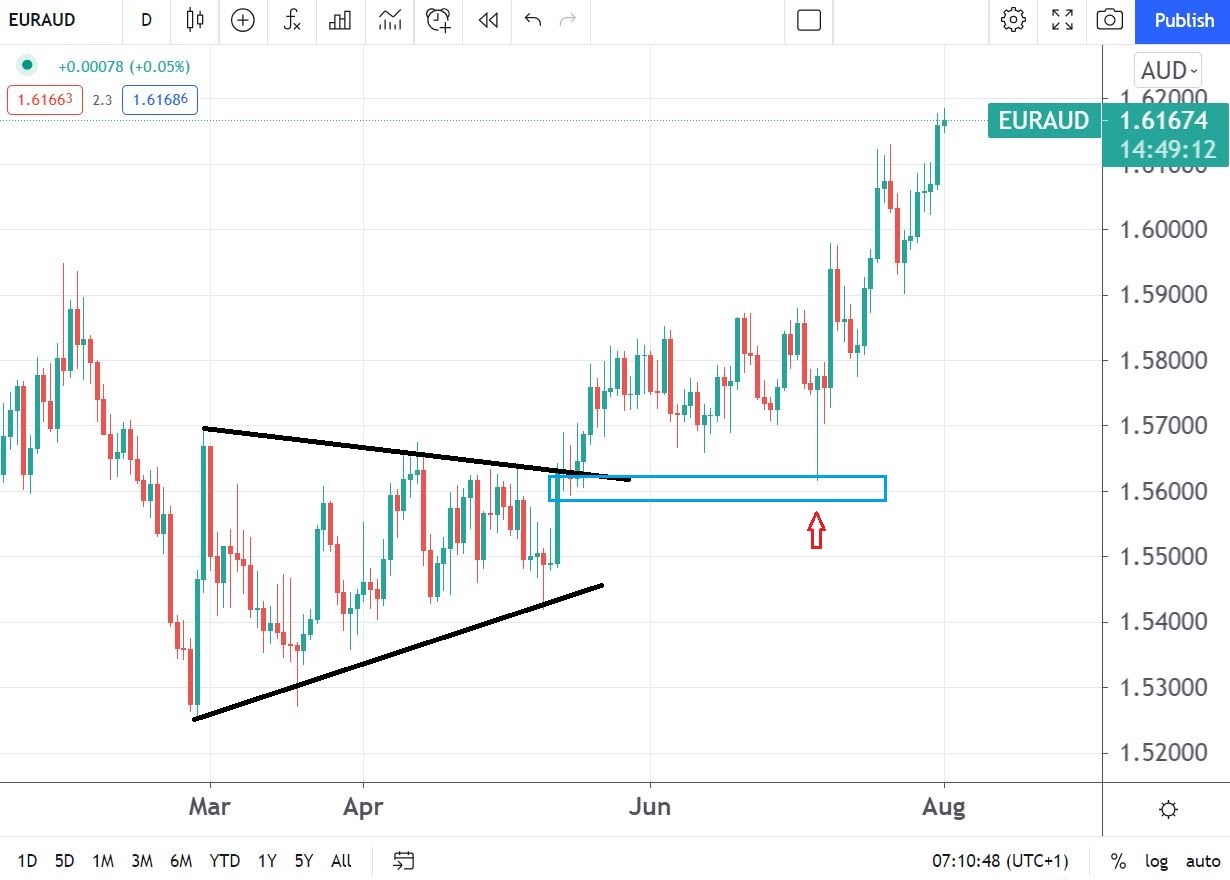 The EUR/AUD cross benefited from a stronger euro across the board and a weak Australian dollar. This week, the Reserve Bank of Australia will likely deliver a dovish statement, given the new lockdowns in the country and their impact on the Australian economy. The bias remains bullish for the EUR/AUD cross, which should find bids on every dip. 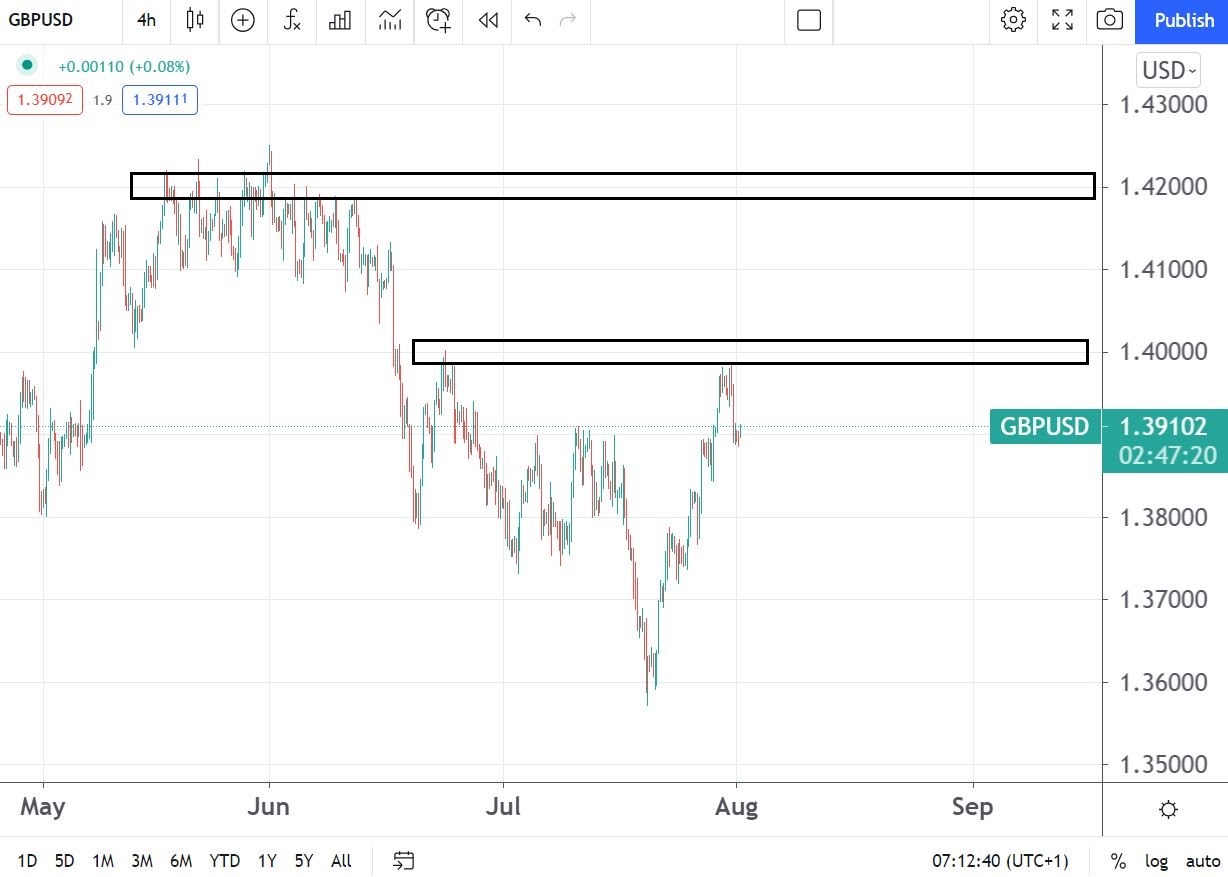 The GBP/USD pair bounced from 1.36 all the way to the 1.40 level before being rejected. The bias remains bullish while the series of higher lows remains in place, at least until Thursday’s Bank of England decision.

The US dollar remains weak, while the British pound looks bid on every dip.