The crude oil price influenced financial markets’ volatility in July. It bounced back from its lows and regained the $70 level.

The oil price recovered from its pandemic lows in negative territory and has been in a bullish trend ever since. It currently holds steady above $70, as buyers step in on every dip. The OPEC (Organisation of the Petroleum Exporting Countries) decided in July to adjust the overall production upward by 0.4 bb/d on a monthly basis starting August 2021. This triggered a sharp move lower in the WTI price. The market did not find support until the $65 level, a sharp $12 drop from the highs.

The move lower in the oil price triggered a risk-off reaction in financial markets. As such, safe-haven currencies, the Japanese yen and the Swiss franc, appreciated against their peers. Moreover, the US and European equity markets dropped as a consequence.

It all proved to be temporary – yet another chance to buy the dip. As the oil price recovered, trading above $73 at the time of writing this article, so did the stock markets. In fact, the risk-off environment turned into risk-on as the US dollar turned lower.

Therefore, we may say that the driver of volatility in financial markets in July was the oil price and not the usual suspects (i.e., central banks). The ECB and the Fed issued their monetary policies during the month. Both delivered a dovish statement, further fueling the risk-on environment. As such, the move lower in the equity markets was quickly bought and the main indices, both in the United States and Europe, recovered the lost ground.

The earnings season represented a tailwind for US and European equities. The US companies outperformed as over 80% of them beat expectations.

In Europe, one-third of companies reported earnings so far and 63% have beaten expectations – below the Q1 record of 67%. One thing is worth mentioning here, namely that “inflation” mentions on earnings calls were up 400% in the second quarter.

Gold and silver traded in a tight range during the month. Gold still struggles at the $1,800, looking for direction.

The currency market followed the risk-off/risk-on movements during the month with no significant developments.

Now that both the Fed’s decision and the US GDP are behind us, the only important event for the US dollar that remains this month is the Core PCE Index. This is the Fed’s favoured way of measuring inflation and, today, it is expected to rise by 0.6% on a monthly basis, following a 0.5% increase in the previous month.

In Europe, the German preliminary GDP, as well as the CPI flash estimate, will likely have an impact on the euro pairs. The German economy is expected to have grown by 2% in the second quarter, while inflation in the euro area is 2% YoY.

For Canadian dollar traders, the Canadian GDP is due later today. It is expected to show that the economy has contracted by 0.3% in the previous month. 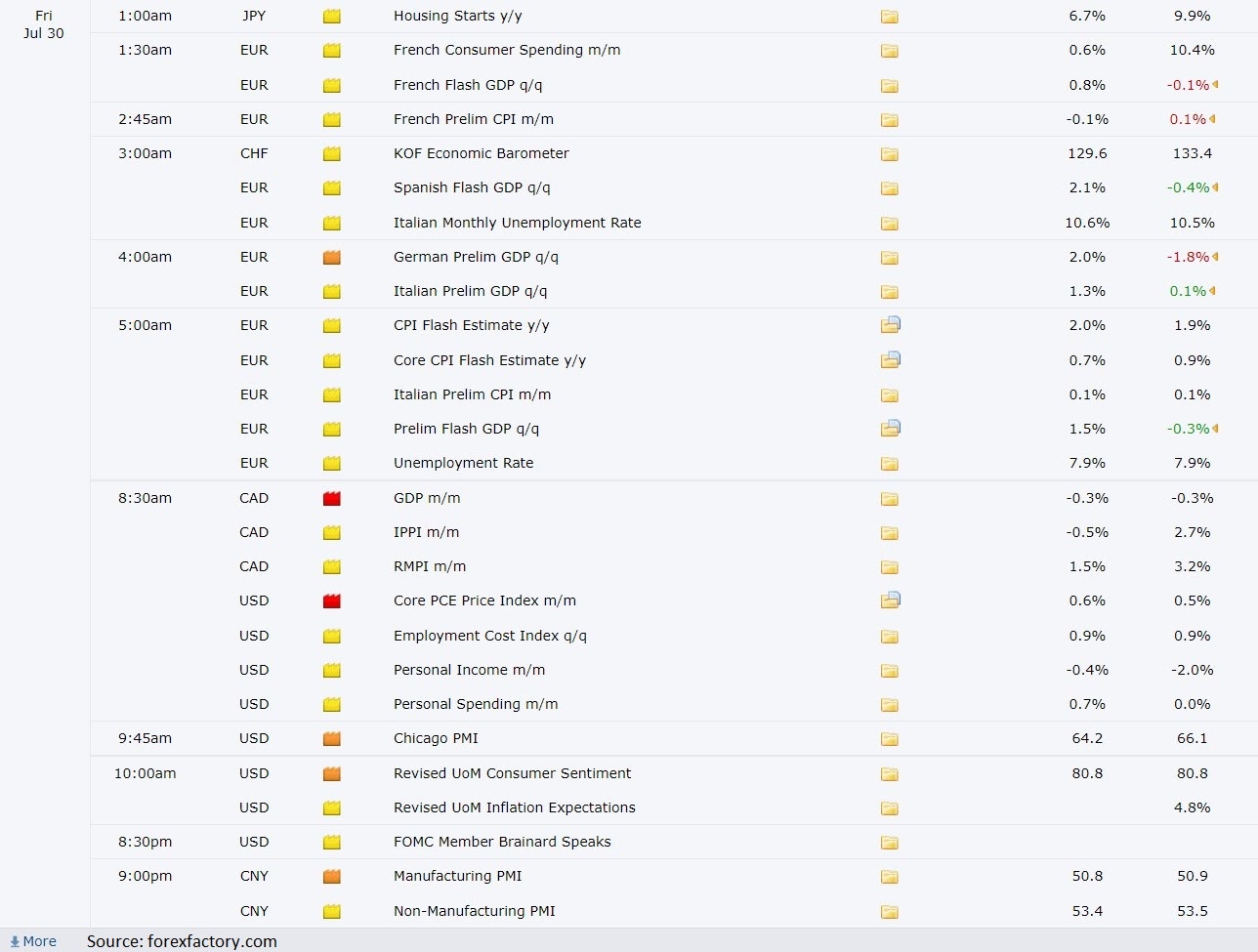 Crude oil, USD/JPY, and GBP/USD are the markets in focus today. 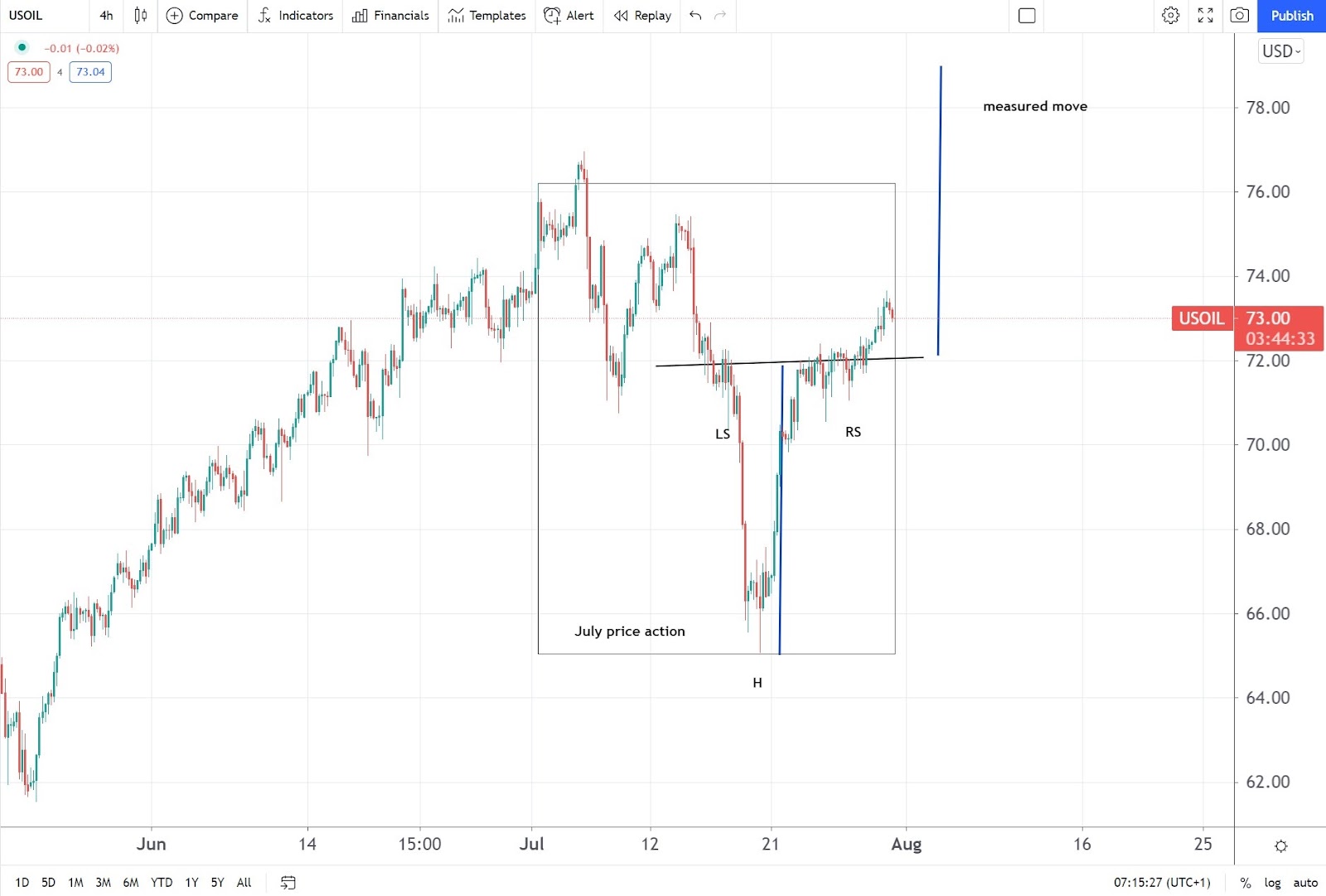 Oil price had a dramatic month – down to $65 only to recover sharply above $70. It trades at $73 on the last trading day of the month and the technical picture suggests a possible inverse head and shoulders pattern in place. If that is the case, the measured move gives a target close to $80 in the period ahead. 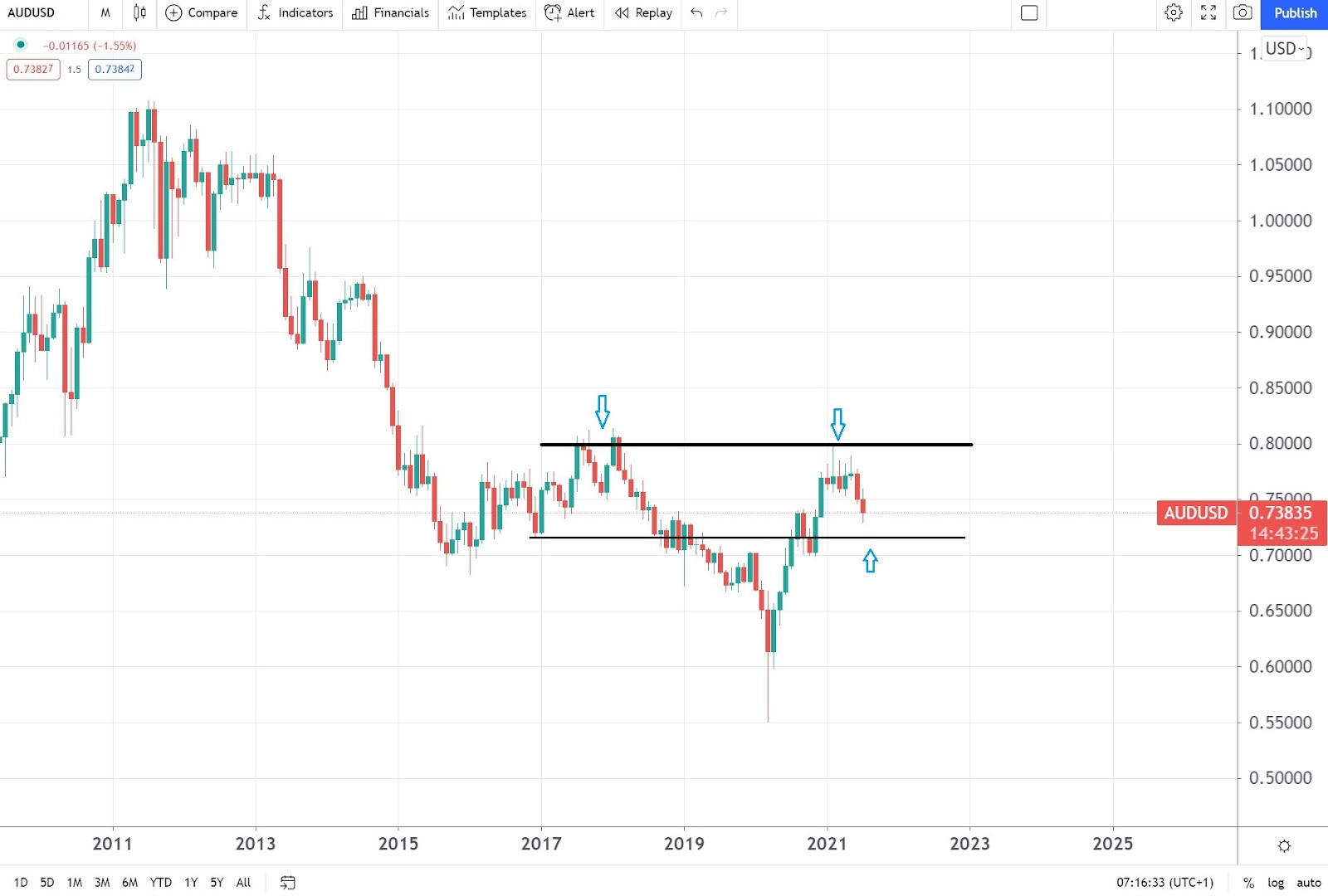 July brought the second negative month for the AUD/USD pair. While July is not over yet, it is unlikely that we will see a sharp bounce on the last trading day of the month, given the lack of volatility typical of the summer. Here, too, we may spot an inverse head and shoulders pattern, only the timeframe is different – the monthly chart. As 0.80 provided stiff resistance in the past and during the COVID-19 pandemic, a 0.70 level will likely act as support. 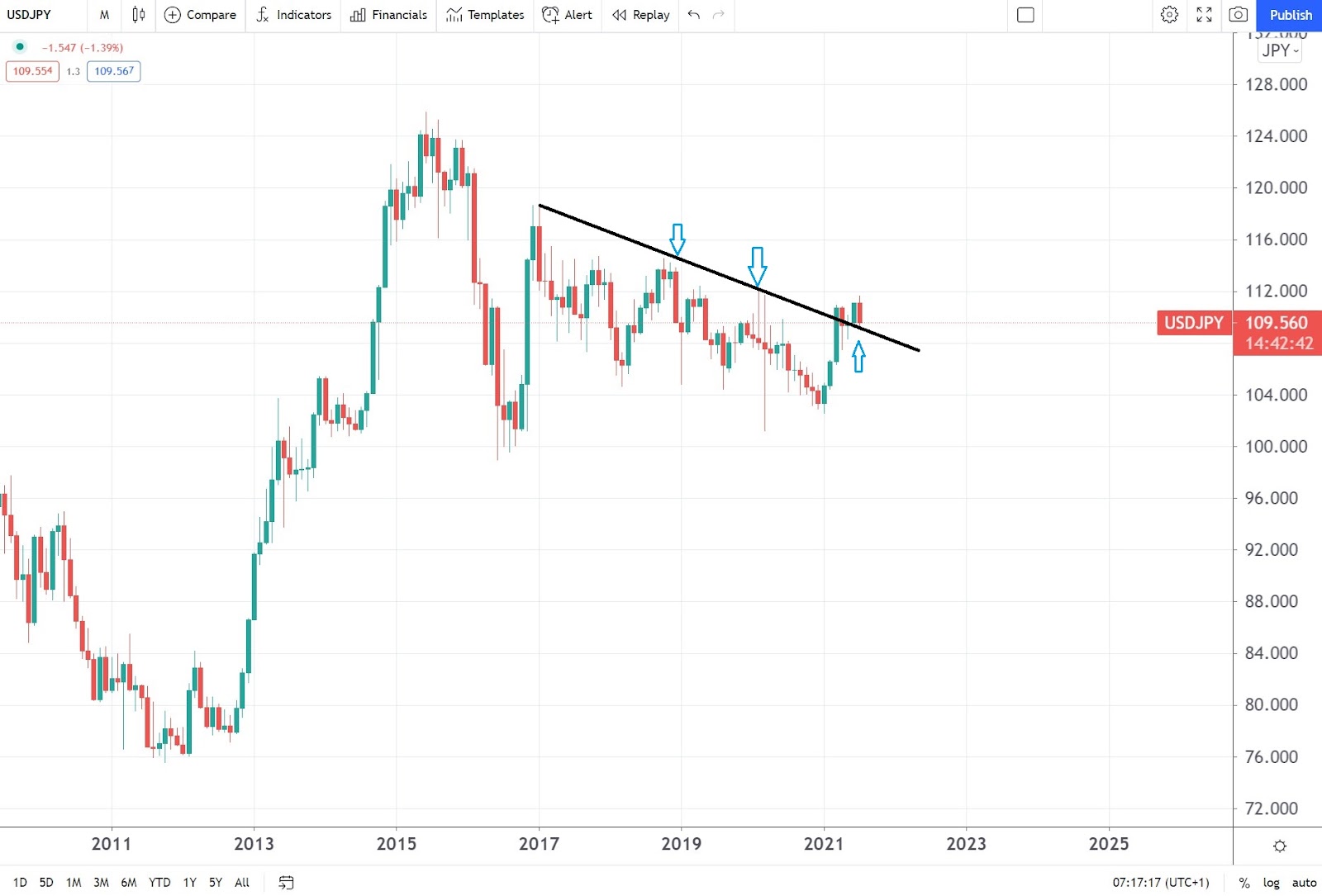 The USD/JPY is retesting dynamic resistance turned into support on the monthly timeframe. If the level holds in August, we might see another attempt to break 112. The bounce from close to 100 was not strong enough to break the lower highs series, so, theoretically, the bearish conditions should predominate moving forward unless the market breaks 112.

The US equity markets remained strong throughout the trading month, while the US dollar weakened, especially in the second half of July.