Gold price trades in a tight range, holding above $1,800 but unable to advance much. The pressure mounts for a breakout.

The tight range seen in the past several weeks regarding gold price has led to stable commodity currencies. The Australian dollar, for instance, which has a direct correlation with the price of gold, trades in a similar range.

Commodities remain well bid, though. The oil price dropped from the level it opened the week but still holds above $70. Therefore, the bullish bias persists.

Silver is down 1% on the day so far, but the weakness is not enough to break the series of higher lows it has made on the bigger time frames in the last weeks.

The US stock market corrected at the start of the trading week, triggering some strength on safe-haven currencies. The Dow Jones index dropped from above 35,000 to 34,800, and similar moves were seen in the S&P 500 or the Nasdaq 100 indices.

In Europe, the main indices have been relatively unchanged since yesterday. The strong manufacturing PMIs (Purchasing Managers’ index) data in the Eurozone helped, along with the summer trading conditions. In other words, volatility is low and likely to remain so unless the US indices correction extends some more.

The relative weakness in the stock market triggered a move higher in safe-haven currencies like the Japanese yen or the Swiss franc. The most representative pair for a risk-off environment, the USD/JPY, fell close to 109, pushed lower by the yen’s strength.

The Asian session brought the Reserve Bank of Australia’s interest rate decision. The central bank left the monetary policy unchanged, keeping the cash rate at the lower boundary of 0.1%.

The economic calendar is light during the London and the North American sessions, with only the factory orders indicator in the United States moving the stock market. The monthly factory orders are expected to have increased by 1%, after rising 1.7% in the previous month. 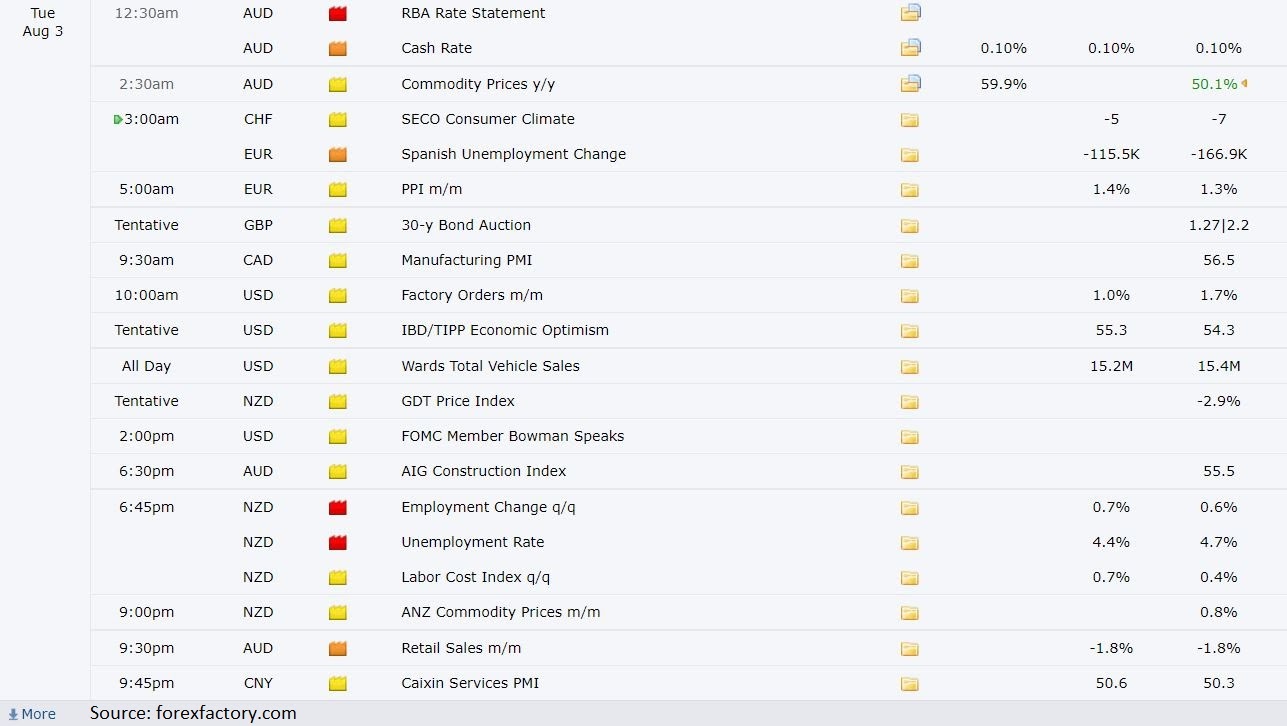 Gold, USD/JPY, and USD/CHF are the markets in focus today. 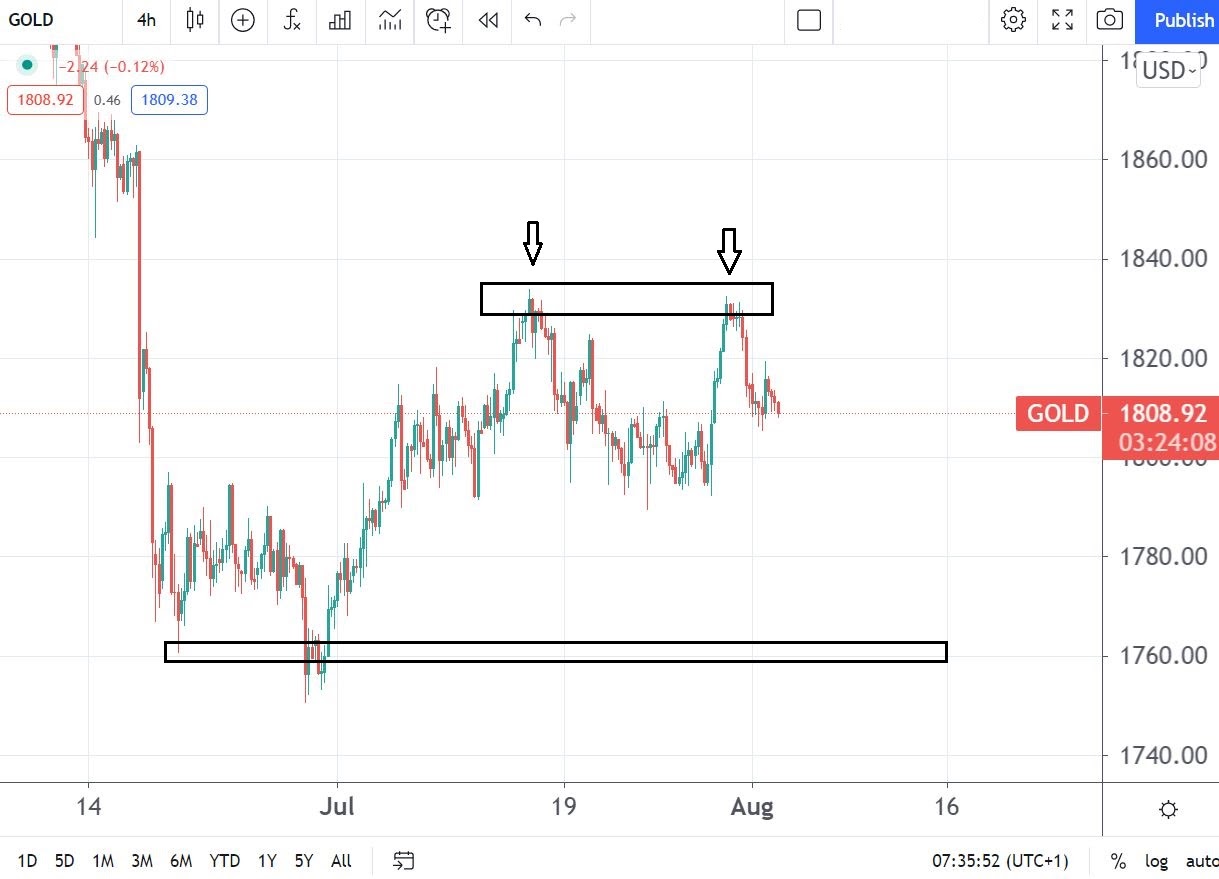 Gold price found strong resistance at $1,830 in the previous month and one can spot a possible double top formation. If the future price action confirms the reversal, the gold price will try to break below the previous support seen at $1,760. The $1,800 – $1,830 range has held for over a month now, which makes a breakout imminent. 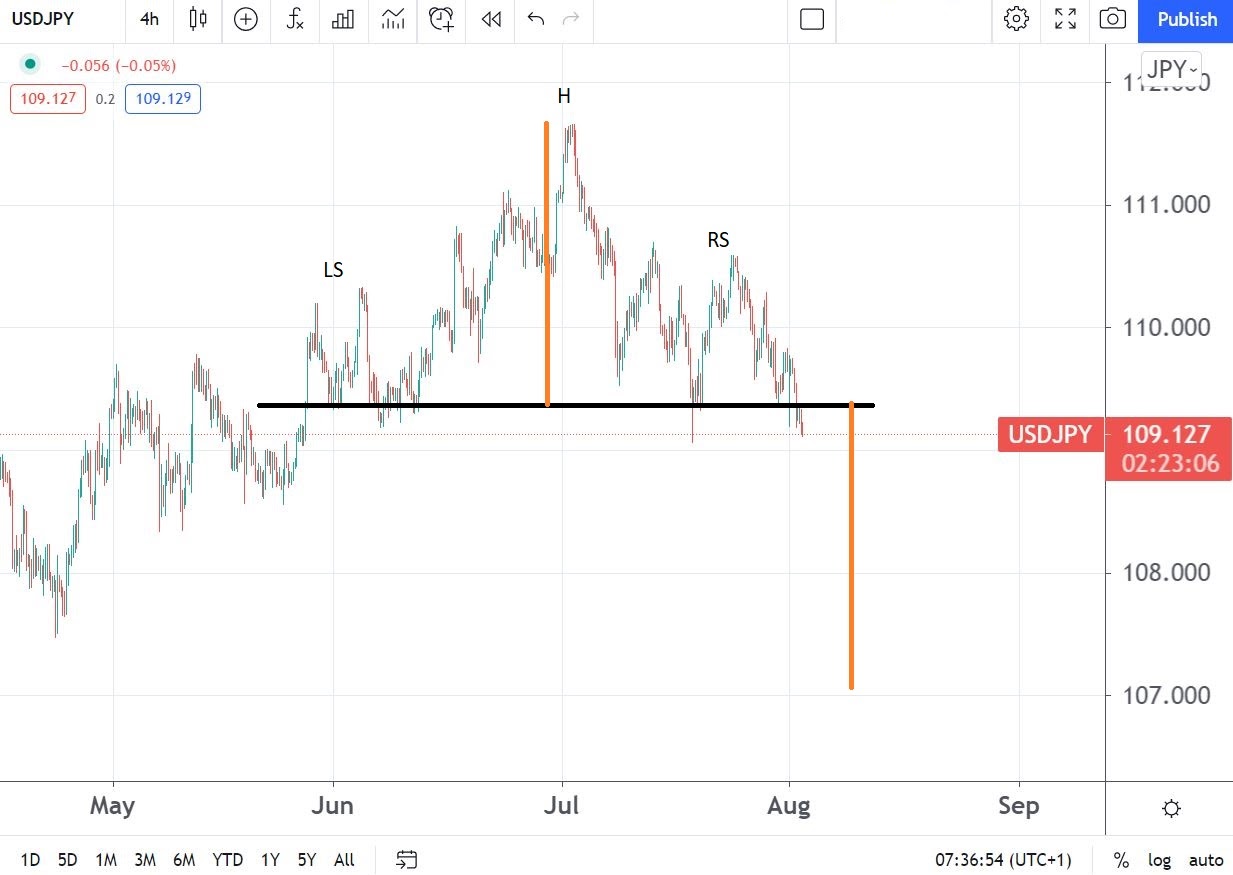 The USD/JPY formed a head and shoulders pattern on the 4h chart. Currently, the market struggles to break below the neckline. The decline is fueled by a weaker stock market in the United States, as investors look for the safety provided by the Japanese yen. 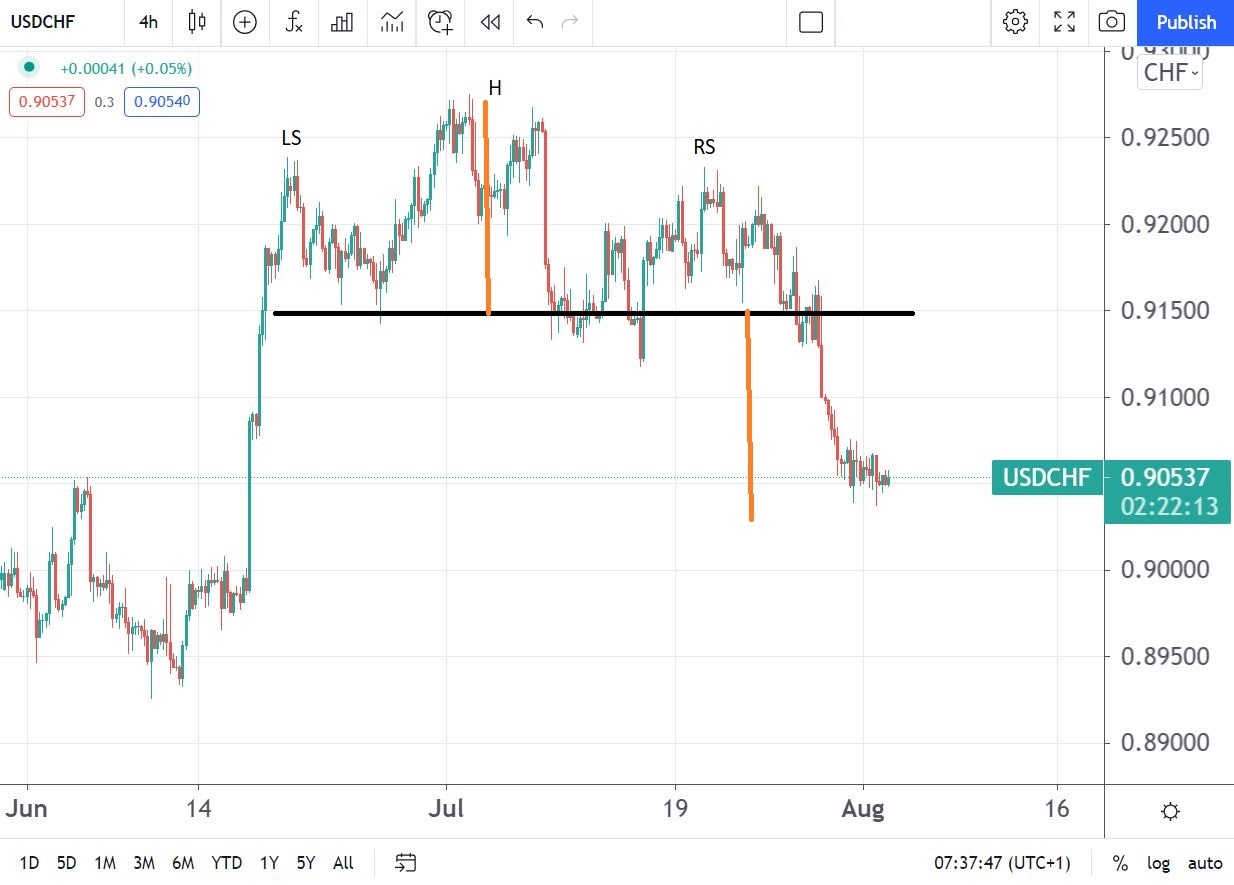 Similar strength is seen in the Swiss franc. The USD/CHF showed above also formed a head and shoulders pattern. The move lower, if sustained, may trigger more weakness if the pair closes below  0.90 on a daily basis.

The Japanese yen and the Swiss franc gained across the board; the US equities are somewhat weak.