Home > JPY declines almost 10% in March: here’s what the charts are saying

The Bank of Japan announced that it will buy 10-yr JGBs at the end of the month as part of its yield curve control program. As a result, the JPY decline accelerated as stops were triggered.

Currency traders have a busy start of the trading week as the JPY pairs’ rally reaches extreme levels. IN MARCH ALONE, the JPY declined about 10%, and today’s move triggered more stops.

Today alone, the USD/JPY pair is up more than two big figures (i.e., two hundred pips), and it traded above 125 at one point during the trading day. Of course, these are abnormal moves but at the current pace, the exchange rate threatens to break above the highs made in 2015. 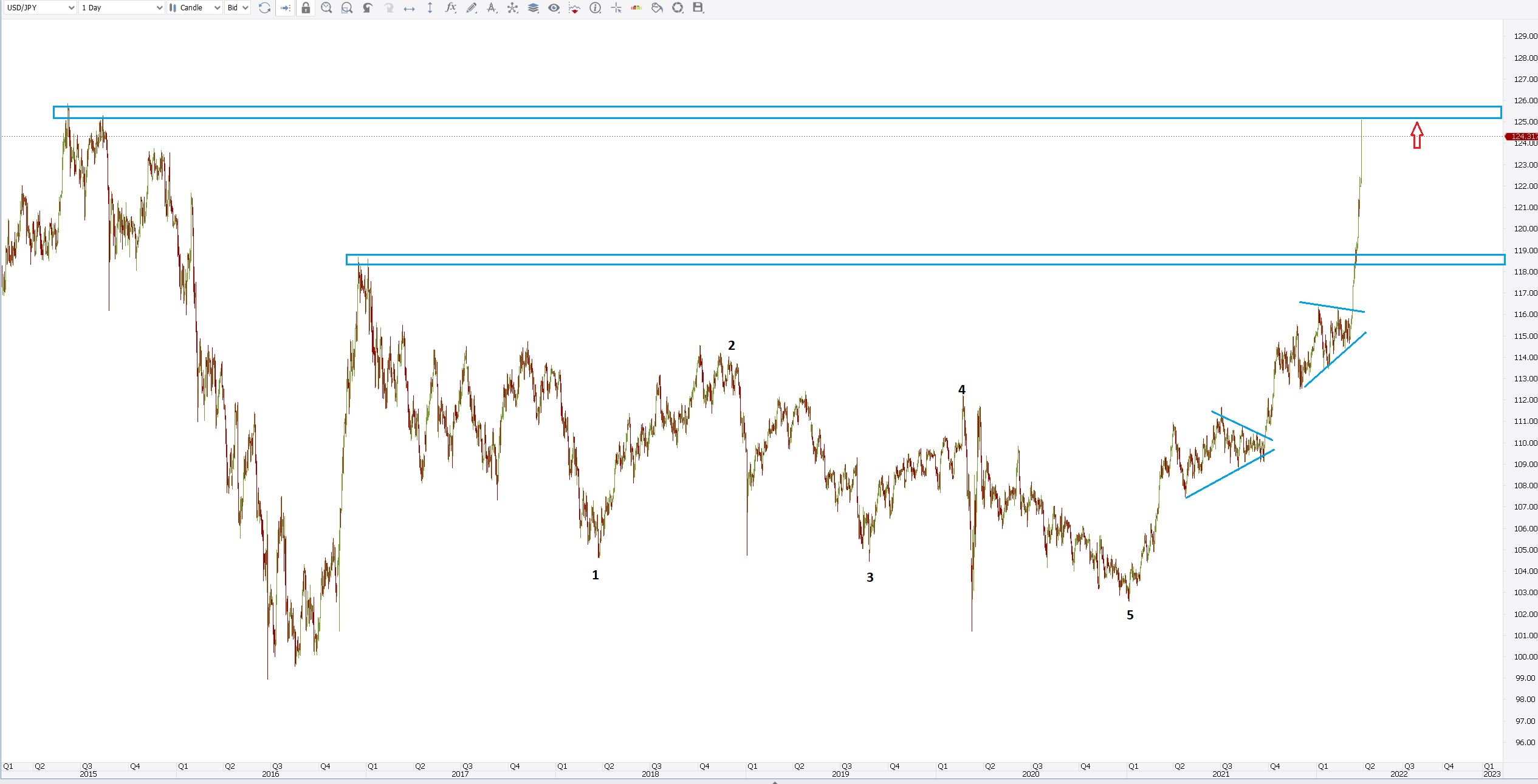 From a technical analysis perspective, the JPY may decline further. The USD/JPY chart points to more upside, despite the fact that the exchange rate comes close to its 2015 highs.

The market broke higher at the start of 2021, following a terminal impulsive pattern. On its way up, it formed two triangles that acted as continuation patterns, and the recent break above 116.50 was the decisive moment bears were trapped.

According to Bloomberg, Japanese retail traders have built the biggest net long JPY position ever. By all means, this points to further meltdown for the JPY because retail traders are typically on the wrong side of the market on such violent moves.

The JPY pairs accelerated their upside move today, fueled by news that the Bank of Japan plans to buy 10-year JGBs (Japanese Government Bonds) as part of its yield curve control program. It contrasts sharply with what the Fed or other major central banks in the developed world are doing, thus fueling the JPY selloff even more.

The Bank of Japan made it clear that it won’t tolerate higher yields, and it plans to continue its monetary policy easing. As such, we should not exclude a move above the 2015 highs as 130 attracts the next round number for USD/JPY traders.