Home > Is the oil correction done? Bulls push for a new yearly high.

The price of oil is back threatening the yearly highs. After correcting $20 from its 2021 highs, oil trades now with a bid tone as it bounced following a double bottom pattern.

The WTI crude oil price bounced from its December lows, triggering a real risk-on move in financial markets. After forming a double top pattern in November, oil corrected some $20 dollars before finding support.

It bounced from $64 after a similar pattern, only this time a bullish one – a double bottom. The move higher in the price of oil supports the so-called Santa rally, confirmed by the fact that yesterday the S&P 500 index closed to a new all-time high – its 69th for the year. 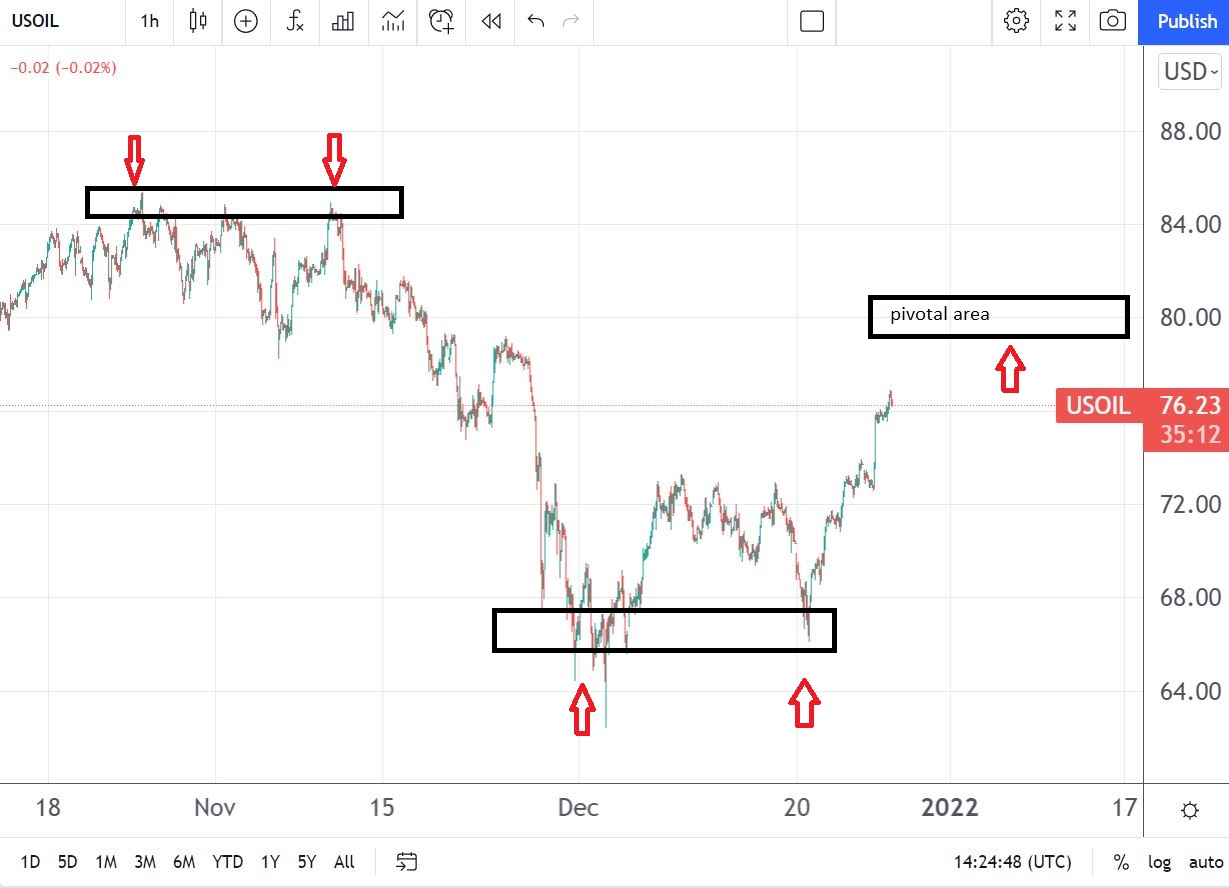 With only three trading days left in the year, the price of oil looks bid, especially if it climbs above the pivotal $80 area. A daily close above $80 should trigger more strength and a new attempt at the $84 level should not be out of the question.

Why did the price of oil rise today?

The WTI crude oil price gained more than 2% today due to easing concerns about Omicron. The new COVID-19 variant is believed now to cause a milder level of illness than previously thought, and thus the price of oil reached its highest level since November 26.

It should be mentioned here that the correction from the highs, the $20 drop in the second half of November, was triggered by the news that a new variant spreads even faster than the Delta one. Now that the concerns have eased somehow, the oil price bounced together with the risk-on sentiment.

From a supply perspective, oil traders already focus on OPEC+’s next meeting, scheduled for January 4. The market expects that the cartel will go ahead and agree on another supply increase of 400,000 bpd starting with February 2022. Any surprises from the meeting should trigger a sharp move in the price of oil.

Finally, yesterday the negotiations between Iran and the world powers resumed on Monday. Any news on this front can shift the supply drastically, and therefore any deal will also move the oil market.