Home > Is it safe to buy the US dollar ahead of Friday’s NFP report?

The US dollar moves in tight ranges ahead of Friday’s NFP report. Data released this week shows a mixed picture, and the markets await the Fed’s minutes to be released later in the North American session.

As expected, the first trading week of the year started in a slow note, given that banks were closed in many developed countries. But things will change as we approach the second half of the trading week, as the Non-Farm Payrolls or NFP is released on Friday.

Ahead of the release, momentum builds in financial markets. In the first three trading days of the week, traders have focused on the clues given by other reports regarding the employment situation in the United States. So far, a mixed picture has been revealed by the ISM Manufacturing, JOLTS, and ADP reports.

Before discussing the three, let’s look at the technical picture. As shown below, the Dollar index has been in a tight range since late November, as investors await more clues from the Fed. We may find out more about what the Fed’s plans are starting with today, as the previous meeting’s minutes are due in a few hours from now. 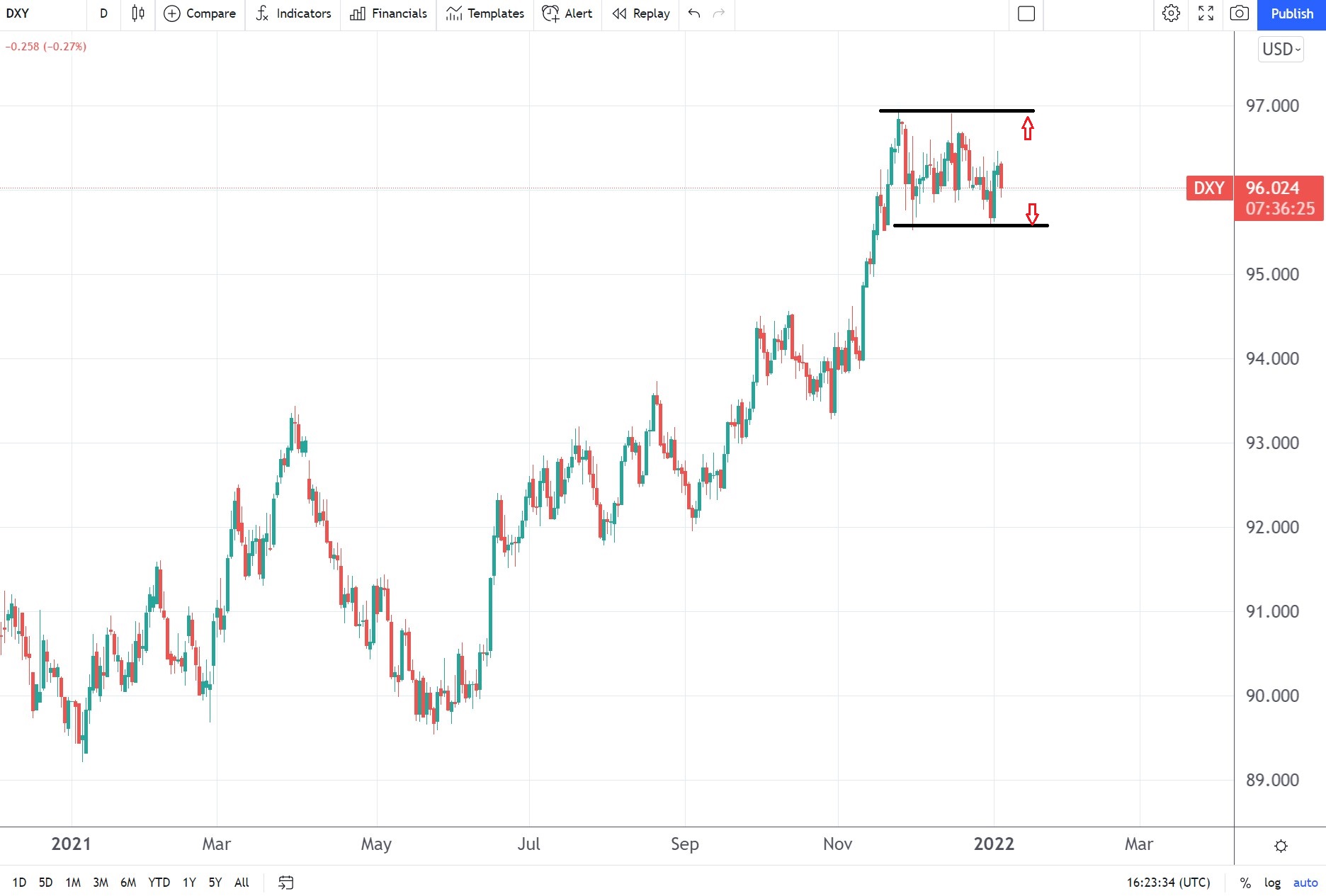 Released yesterday, the ISM Manufacturing index declined in December – down 2.4 points to 58.7. While the index is down, two things point to continuing strength. First, the index is well above expansion territory, marked by the 50 level. Second, the employment component is up 0.9 points, reaching 54.2. Hence, a positive for Friday’s NFP report.

JOLTS missed expectations. JOLTS is the acronym for job openings and labor turnover survey, and this week’s release points that job openings fell bank in November, and the number of quits rose to a record high.

Encouraging momentum in the jobs market came from the ADP or the private payrolls report. Released earlier today, it showed that private employment gained 807k new jobs in December, way more than the market expected.

However, December’s job market strength may not reveal the true impact of the Omicron variant because it is yet to be seen. Hence, interpreting the NFP report next Friday would be tricky as tricky can be.