Home > Is it safe to buy the Australian dollar after the RBA delivered a hawkish statement?

The first central bank to communicate its monetary policy decision in April was the Reserve Bank of Australia (RBA). While it did not hike the cash rate yet, it delivered a hawkish statement, sending the Australian dollar higher.

The cash rate in Australia is at its minimum level, 0.1%, brought down during the COVID-19 pandemic. But the central bank fears that the prices of goods and services might rise much faster than they already did, and so it suggested that the normalization of its monetary policy gets closer. 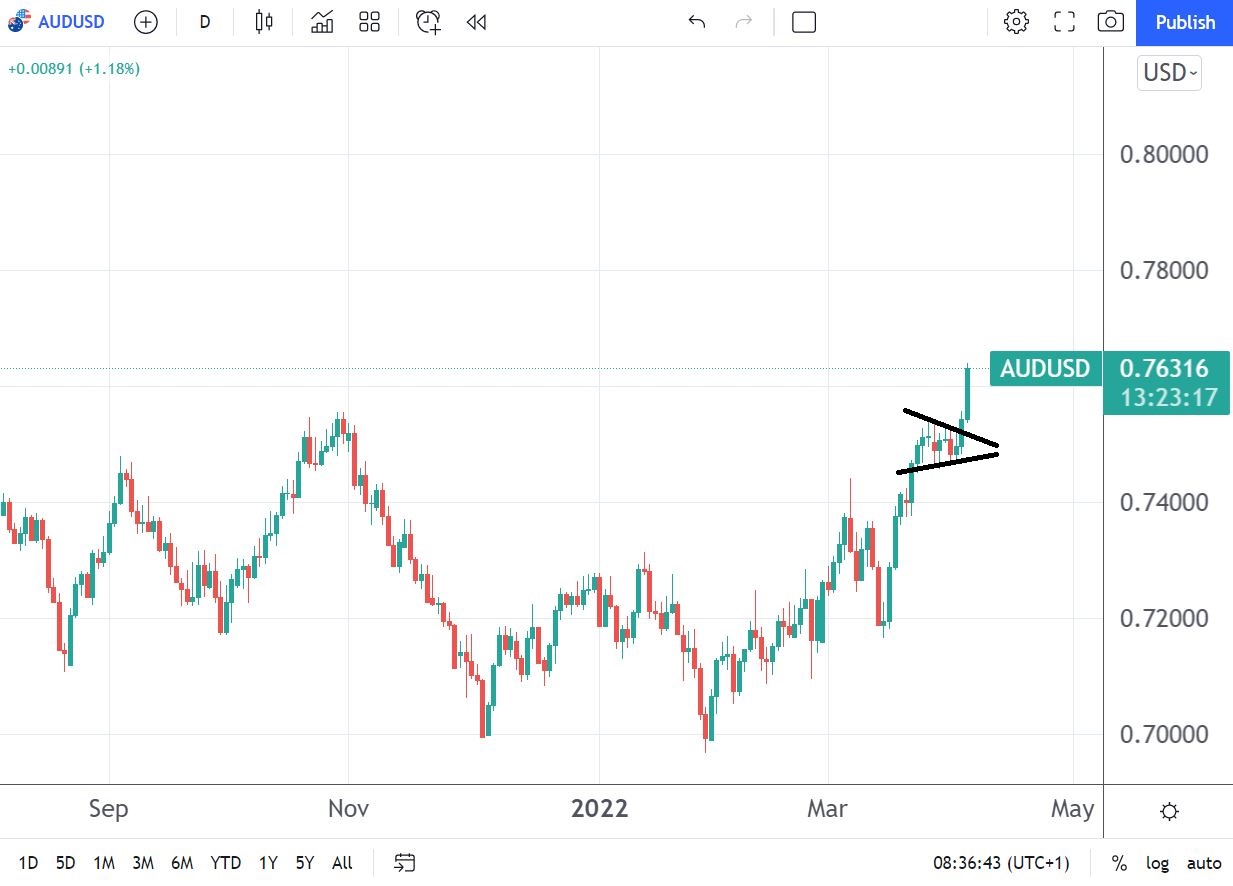 Highlights of the RBA’s decision

Inflation reached 3.5% YoY in Australia, and it became a concern for the RBA. However, wage growth did not accelerate, and thus the RBA did not see the need to raise the cash rate at this meeting.

Nevertheless, the trend in inflation will not abate. The central bank expects higher inflation in the months ahead, and if the data confirms it, it stands ready to act.

As a consequence, the Australian dollar gained against its peers. It recently traded with a bid tone against the US dollar, and the RBA’s announcement triggered a breakout above 0.76. The market has broken above the previous lower high, thus suggesting that a bullish reversal is already here.

Moving forward, the recent consolidation appears to be a pennant. If that is true, the measured move suggests we might see the AUD/USD exchange rate to 0.78 and above sooner rather than later.

All in all, the RBA delivered a hawkish statement. It follows the Fed’s path, although inflation in Australia is far from reaching the levels seen in the United States.