Home > Is it safe to buy NZD/USD after rallying from its 2021 lows?

The NZD/USD currency pair corrected for most of the year. Now that it reached a confluence area providing support, it bounced strongly. Is it safe to keep buying it?

The US dollar rallied in 2021 despite starting the trading year on a weak note. It literally gained against all its peers – against some more, against some other ones less. In any case, it outperformed its G10 peers as the financial community looked for the safety of the world’s reserve currency.

While in some cases the bearish trend was aggressive (i.e., EUR/USD), in some other cases, such as the NZD/USD exchange rate, the correction from the 2021 highs looks more like a continuation pattern. More precisely, it looks like a bullish flag and the market bounced right from a confluence area given by horizontal and dynamic support. 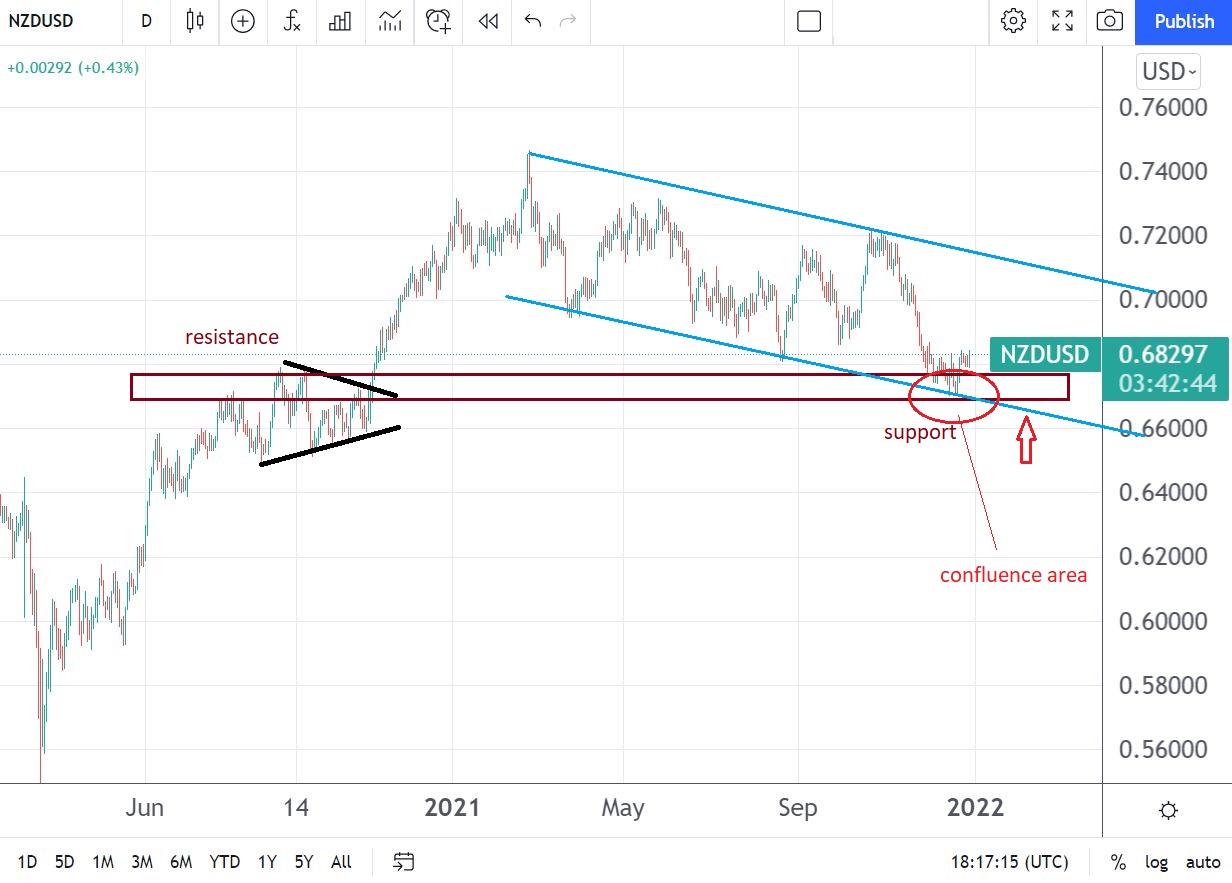 The technical picture supports further upside. The market reached a confluence area given by one horizontal and one dynamic support.

On the one hand, the price is supported by a previous horizontal resistance area formed in the second half of last year. A bullish contracting triangle shows how the price action built energy to break the resistance and it rallied all the way to 0.74. Now that the resistance turned into support, the market bounced.

On the other hand, the price action reached the lower edge of a possible bullish flag pattern. More is needed for the pattern to be confirmed, but the bounce looks constructive.

The Reserve Bank of New Zealand (RBNZ) is one of the central banks that raised the interest rate early in the economic recovery cycle. Last October, it raised the official cash rate from 0.25% to 0.50% from its lower boundary. It quickly followed with another rate hike at the upcoming November meeting so that the interest rate is now 0.75% – much higher than in other parts of the world. Tightening the monetary policy favors a stronger currency, so the New Zealand dollar is bullish from this perspective too.

Coming back to the technical picture, the 0.7 level looks like a pivotal one. A daily close above the level means that the market pressures against the upper edge of the bullish flag and a break there implies further strength in 2022.