Gold price trades close to $2,000 on investor's flight to safety. Fears of even higher inflation triggered a rally in safe-haven assets such as gold.

The war in Eastern Europe triggered an unprecedented wave of sanctions from Western nations against Russia. Besides limiting the actions of Russia's central bank, sanctions came from the private sector, too, as many companies simply shut down their operations in the country even at a high financial cost.

Over the weekend, discussions started among NATO members to find a way of circumventing the oil and gas supplies from Russia. The news triggered a sharp move higher in the price of oil, as the WTI crude price opened sharply higher.

But it also triggered a move higher in precious metals, such as gold. Fears of even higher inflation made investors turn their attention to gold, and the yellow metal now trades close to the $2,000 mark.

Is it safe to keep buying at these levels? According to the technical perspective, gold is set for making a new attempt at record-high levels. 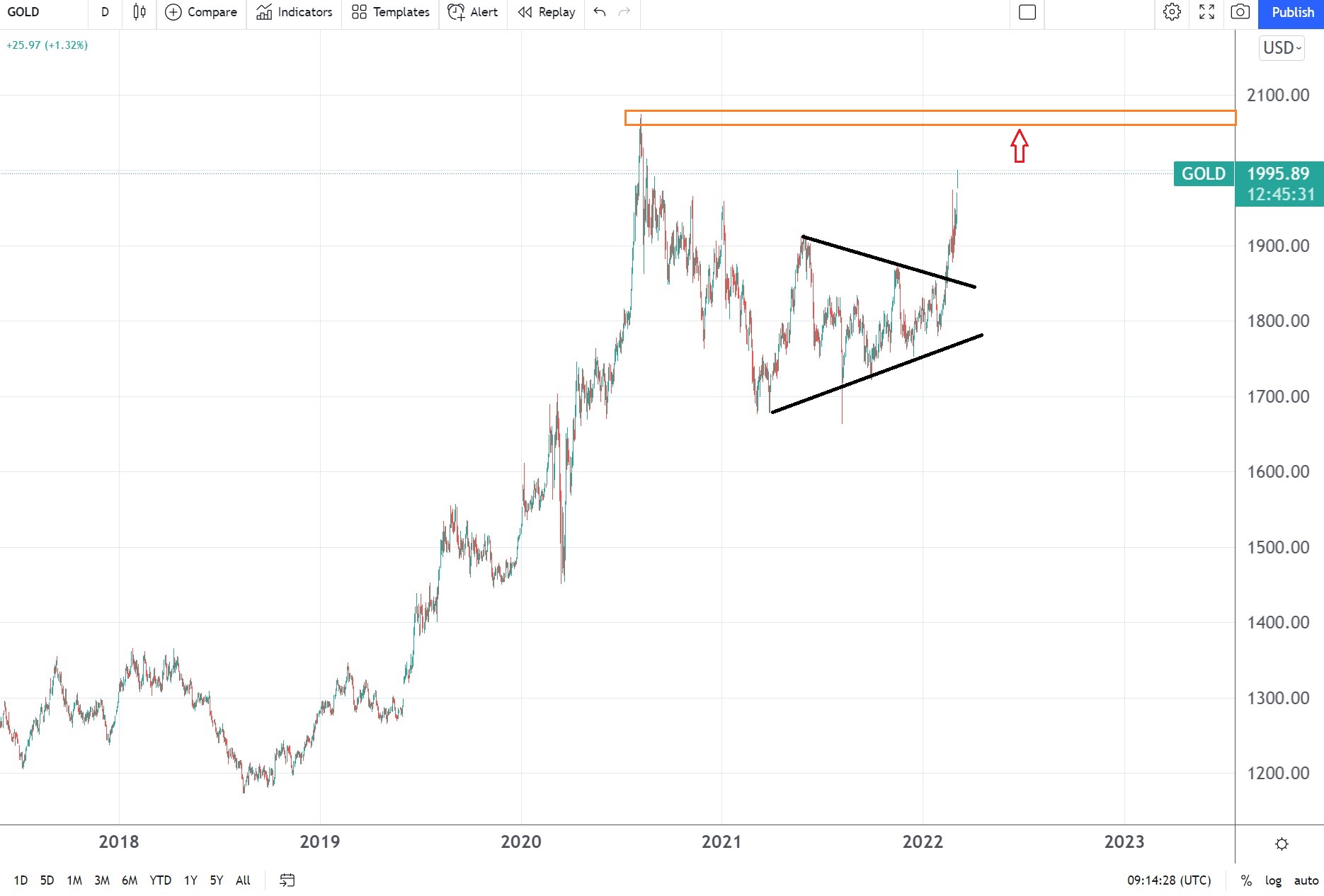 Gold decoupled from financial markets last year. While the stock market kept on giving, gold underperformed and delivered negative results on the year.

But as it turned out, gold only consolidated. It formed a contracting triangle that recently broke higher. The triangle ended at $1,800, and by the time the price broke above the upper trendline, the price of gold did not look back anymore.

Gold at $2,000 looks expensive, but if we adjust the price for inflation expectations and the dynamics in the world's financial markets, then a move above the previous all-time high is very likely. Inflation in the United States has reached levels not seen in four decades, even before the war in Eastern Europe.

Now that war affects the global oil supply, higher oil prices will further fuel inflation. As such, investors looking for a hedge against rising prices of goods and services would likely add gold to their portfolios.