Home > Is it safe to buy AUD/USD after dropping 3 big figures in November?

The Australian dollar dropped three hundred pips in November against its American counterpart. Now that the end of the trading month is close, is it safe to buy it?

In November, one of the biggest market moves was the AUD/USD drop from above 0.75 to the current 0.72. As the US dollar extends its gains for the year, the Australian dollar’s bearish trend has no end in sight yet.

That is despite the fact that Australia faces a better economic situation in the period ahead as summer comes to the Southern hemisphere. While new lockdowns threaten economies in Europe, warmer temperatures in the South imply better handling of the pandemic in Australia. Thus, the currency should reflect the economic strength – but that is not the case with the AUD/USD exchange rate, at least not yet.

We see that the central bank of New Zealand has already raised the official cash rate twice. Is it out of the question that the Reserve Bank of Australia will do the same? Even if it does so, it is not sure that the AUD/USD bearish trend will reverse. In fact, the NZD/USD exchange rate is down more than half a percentage point today despite the Reserve Bank of New Zealand keeping raising the rates.

In other words, it is the US dollar’s strength that is in the driving seat, and the upcoming tightening of financial conditions in the United States is more important to market participants. 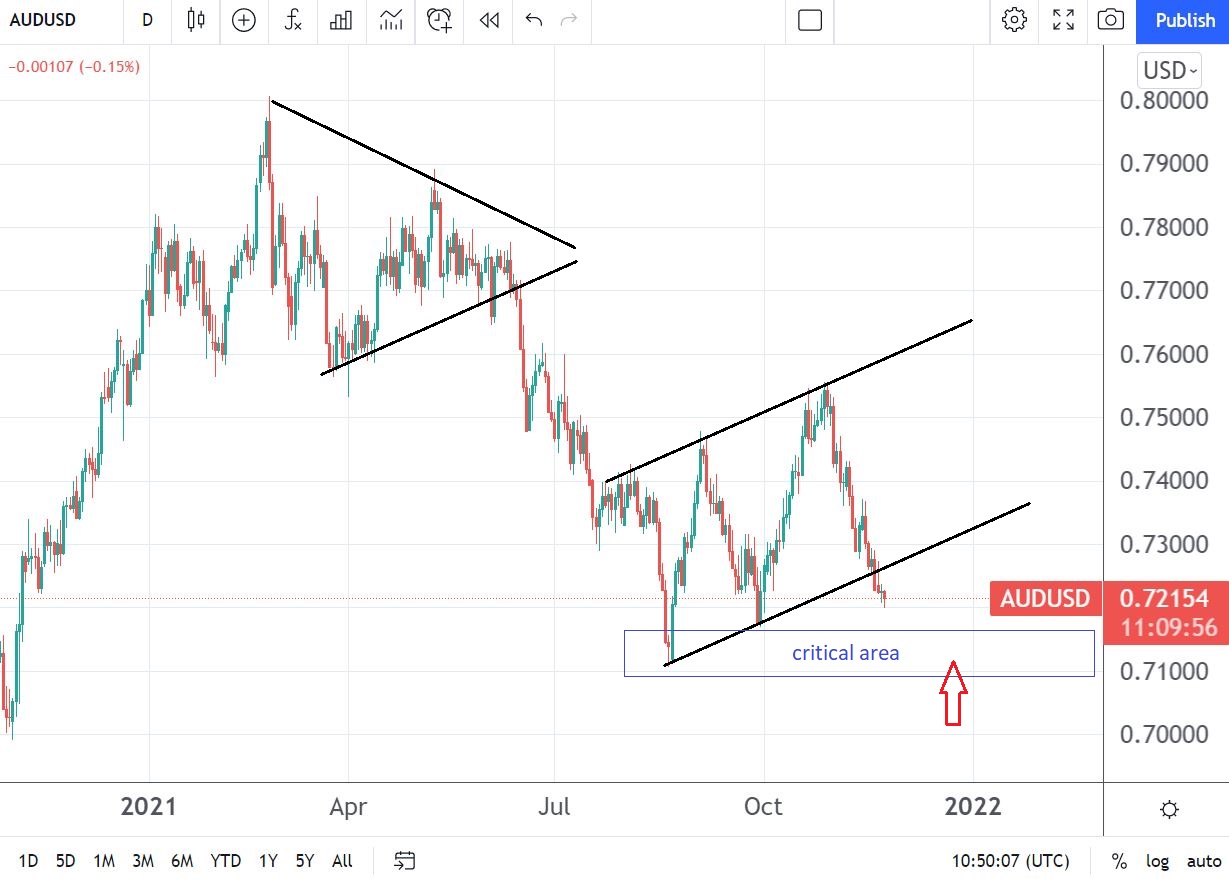 The 0.7100-0.7150 area turned out to provide important support in the past. Twice has the price bounced from the area, and now it seems that support will be tested again.

Truth be said, the pair traded with a bearish tone all year. Even the rallies proved to be just another opportunity to sell some more.

Ahead of the FOMC Minutes and the end of the month flows, the AUD/USD pair looks weak. Contrarian traders should be cautious as the market broke below a rising channel, and a new low for the year is possible.

So far, the support area held twice. Will the market bounce again?