The much-awaited jobs report for the month of December was released today in the United Kingdom. Close to 30 million people were employed in the Kingdom in December, and the claimant count change dropped from -38.6k to -43.3k people.

This is the number of people claiming unemployment-related benefits, and the lower the number, the better. Moreover, the unemployment rate declined too. It dropped to 4.1% on expectations of 4.2%, in another sign of an improving labor market.

However, the good economic data failed to impress the GBP/USD pair. Cable rallied in 2022 but was unable to break the lower highs series seen on the larger timeframes.

Technical analysis shows a mixed picture. On the one hand, the pair formed a double top pattern at 1.42 in the first half of 2021 and has corrected ever since.

Moreover, it kept forming lower lows and lower highs. Furthermore, it broke the pattern’s neckline and reached the measured move seen at 1.32. In other words, a classic, bearish pattern, reached its measured move.

On the other hand, the measured move represents just the minimum distance that the market must travel in order to confirm the pattern. The fact that the price action returned to the neckline suggests bulls fighting for control. However, for the price action to turn bullish, the market must close above 1.38, thus invalidating the lower highs series. 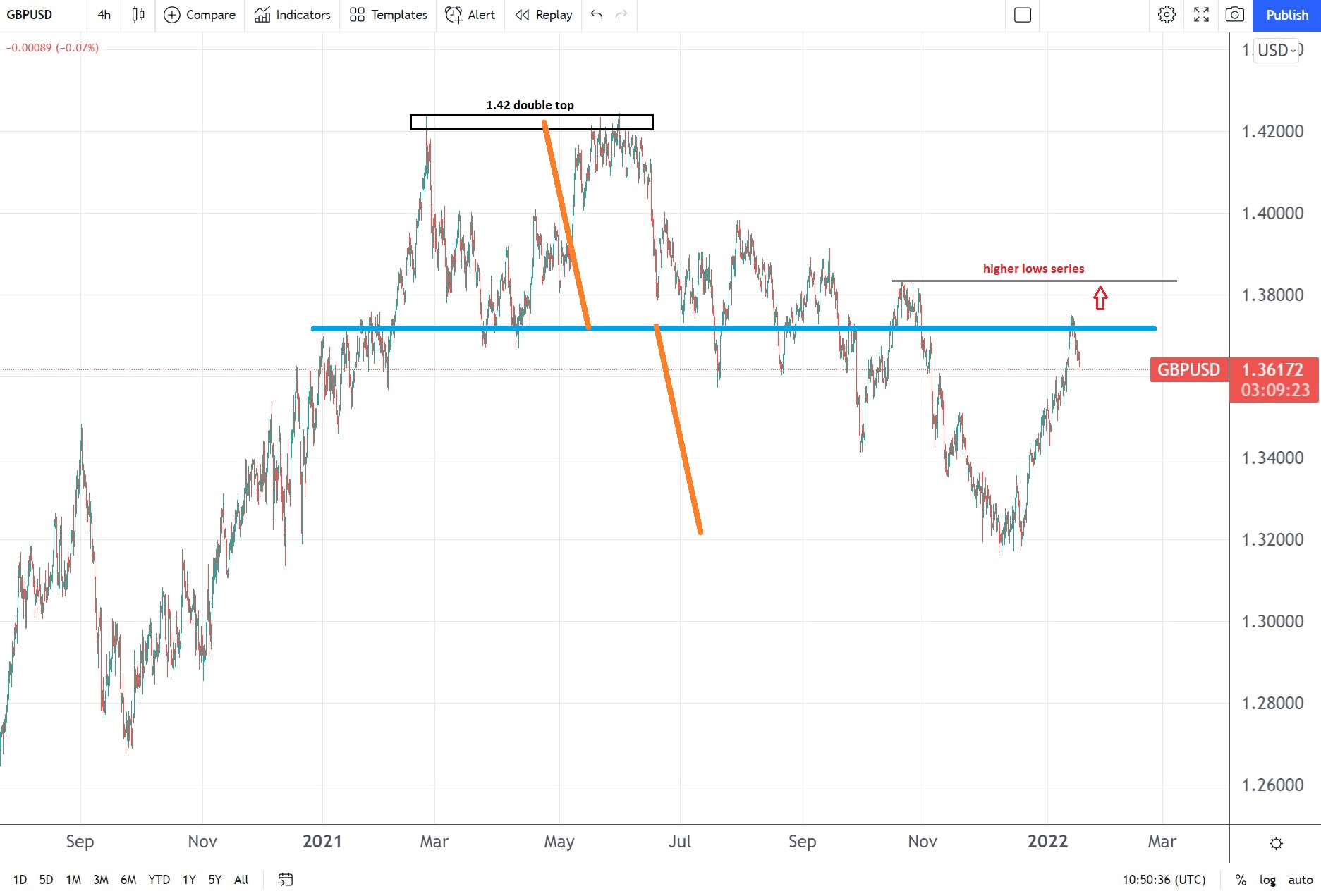 UK inflation to be released tomorrow

The Bank of England spooked markets last December when it hiked the interest rate in a surprise move. The fear is that inflation rises too fast, and tomorrow, investors will find out if the fear materializes.

For December 2021, investors expect the UK's YoY CPI or Consumer Price Index to reach 5.2%, higher than the 5.1% reported in the previous month. However, the Core CPI YoY is expected to decline to 3.9% from 4.0% previously, so that is one divergence interesting to watch.

When trading a currency pair, one must consider both sides of the story. As such, not only data from the UK matters but also developments from the US.

All eyes are on the Fed and its message at the next week's meeting. While no rate hike is expected in January, the US dollar traders will focus on the central bank's forward guidance.