EUR/USD hovers around 1.10 lately, but the bias remains bullish. Is the higher inflation rate in the United States a reason?

EUR/USD did not decline much since the war in Ukraine started. The US dollar acts as a safe-haven currency in times of uncertainty, but investors prefer to buy the euro on every dip.

Therefore, despite the first rate hike from the Federal Reserve, investors might perceive that the Fed is well behind the inflation curve and prefer to sell the US dollar. 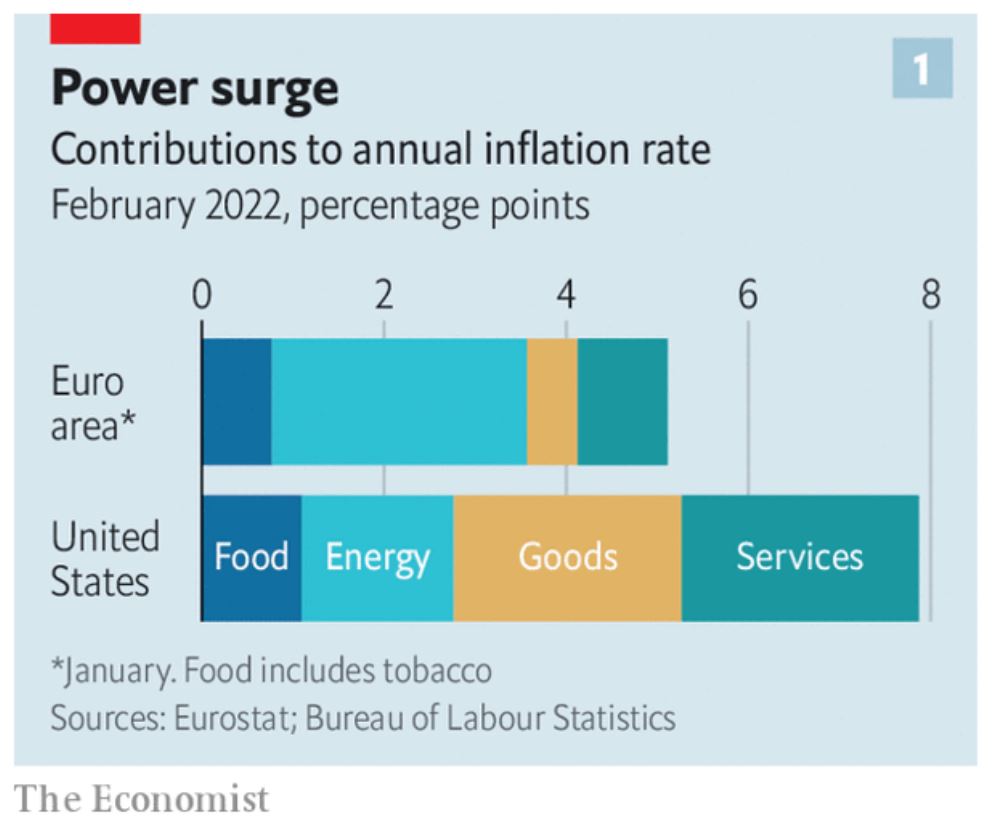 From this moment on, the focus shifts to the b-d trendline. A break above signals the end of the triangular formation and, implicitly, the end of the double combination. Effectively, such a move would mark the end of the entire bearish trend that started from above 1.23. 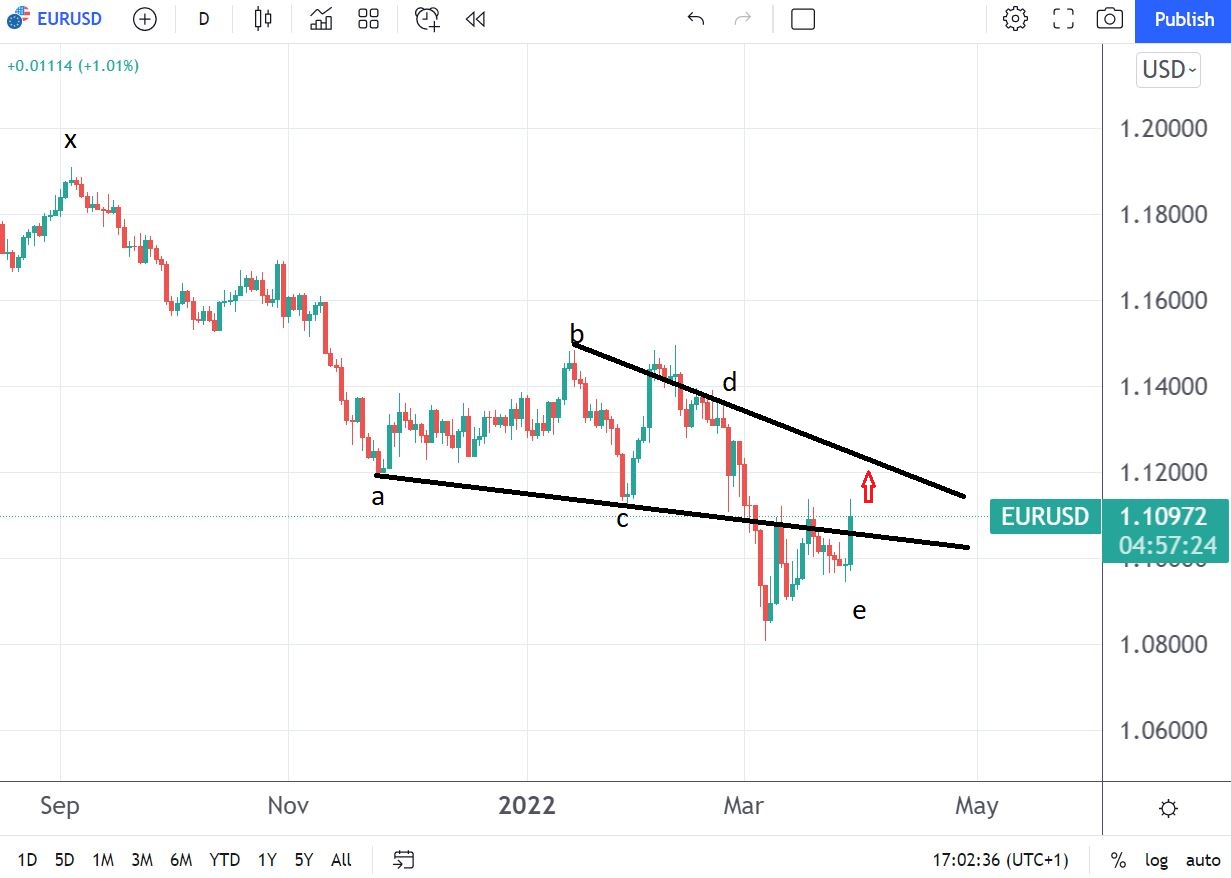 At its last meeting, the European Central Bank (ECB) signaled that it does not tolerate such levels of inflation. In other words, while many traders hurried to say that the central bank would postpone the policy normalization due to the war in Ukraine, the ECB chose to do the opposite.

Therefore, we may see at least one rate hike in 2022. However, the EUR/USD pair will likely be driven not by the interest rate differential but by the inflation rate one.

More precisely, if the inflation rate differential between Europe and the United States does not shrink, the EUR/USD exchange rate might trade much higher than the current levels. Because there is little or no upside wage pressure in Europe, logic tells us that inflation in the US will keep outpacing the one in Europe.

To sum up, on a daily close above the b-d trendline, the EUR/USD sentiment turns bullish.