EUR/USD trades well above 1.1350 in what appears to be a short squeeze. So what triggered the bounce from the yearly lows?

One of the strongest trends in 2021 was the decline in the EUR/USD pair. It fell from 1.23 to 1.12 on both dollar strength and euro weakness.

While still below the major bearish trendline seen in black on the daily chart, the bounce is still considerable. What lies behind the recent EUR/USD strength? 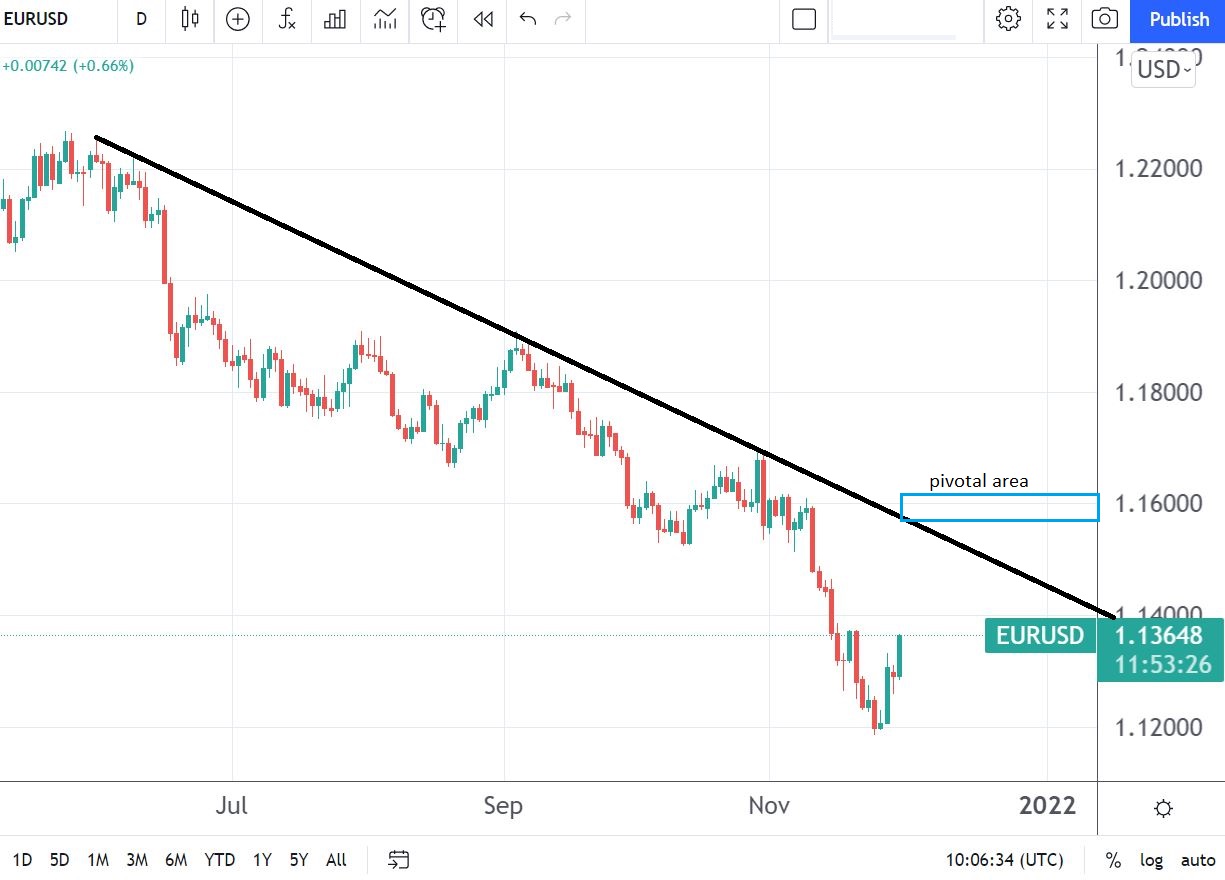 This is a classic one. As we get closer to the end of the trading month and year, bears would likely start taking profits on their short positions.

By squaring a short position, one needs to take an opposite trade. More precisely, to close a short EUR/USD position, the effect in the market is like buying the pair. Coupled with actual bulls that buy for the end of the year squaring, it may lead to a short squeeze.

Higher inflation in the Euro area

The European Central Bank insists that these levels of inflation are transitory, but one cannot ignore the pressure on economies and households. Contrarian traders willing to take the other side of the market may bet on the ECB being forced by hawks in the Governing Council to act on inflation sooner rather than later. After all, inflation is said to be transitory for more than six months, but now it has reached record levels. Transitory or not, it is here today and people’s perceptions may change drastically in regards to future inflation expectations.

Today, the Fed’s Chair Jerome Powell will start its semi-annual testimony in front of the Senate and House. Based on what he has hinted earlier this week, the Fed is in no rush to taper faster now that the Omicron variant poses a risk to the economic recovery and the job market.