EUR/GBP trades with a bearish tone for several days now after the Bank of England’s vague communication triggered a rally. Is the pair going to give back its recent gains after the UK inflation to be released this week?

The EUR/GPP cross pair recently jumped from its yearly lows as the Bank of England disappointed by not delivering on its promises. In October, the central banks hinted that it would not tolerate rising inflation and the market participants interpreted it that a rate hike comes sooner rather than later. As such, the British pound traded with a bid tone for the days ahead of the Bank of England’s decision.

But the bank did not raise the rates and, instead, delivered a dovish message. What followed was a massive selloff for the British pound, and the EUR/GBP cross is just one of the pound pairs that reflected the weakness – it rose from 0.84 to 0.86. 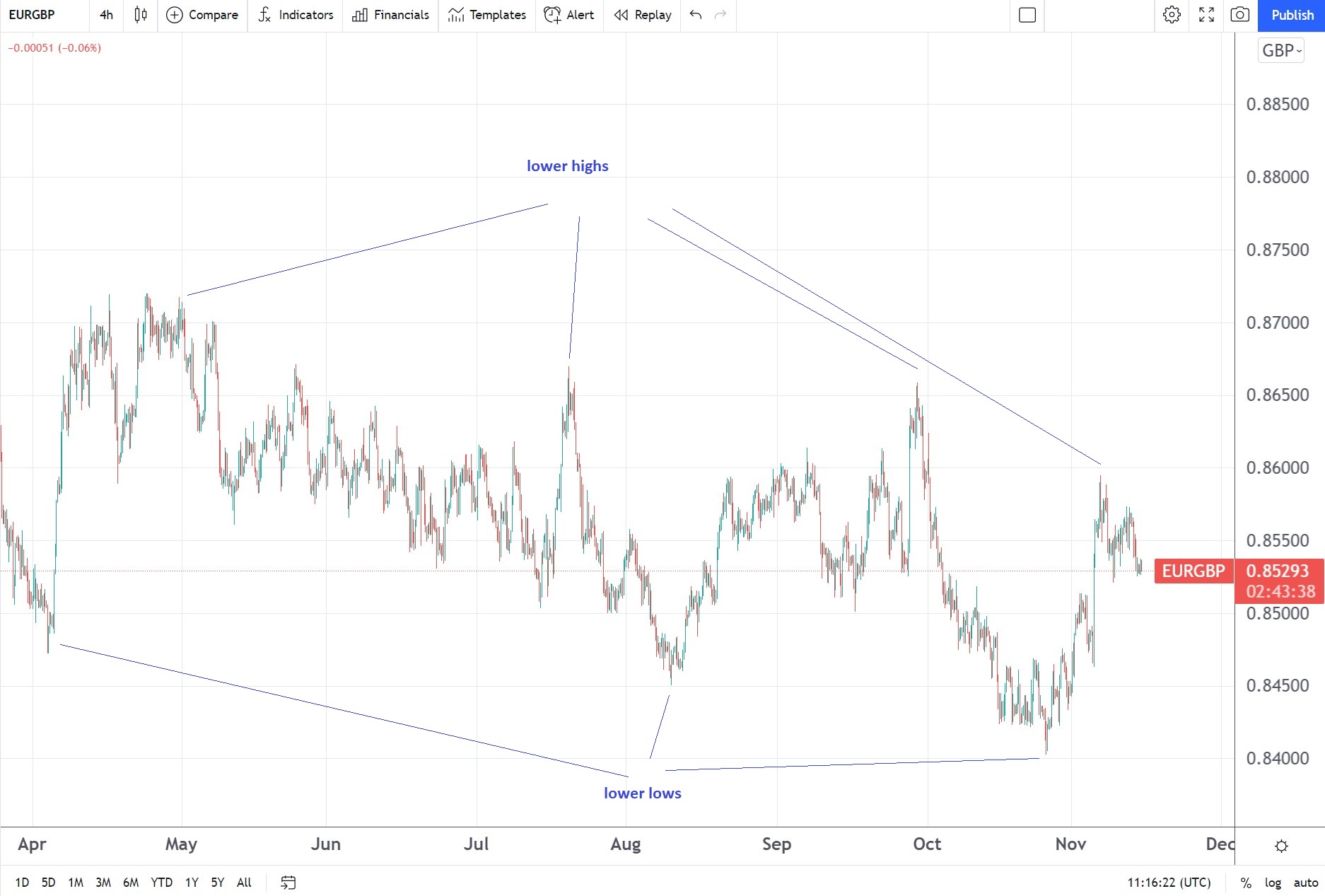 Bullish bets have increased significantly since the Bank of England’s decision, but the technical picture remains bearish as long as the lower highs and lower lows series remain in place. The 0.8650 area is pivotal for the EUR/GBP bulls, as a daily close above the level would invalidate the series and the overall bias will turn bullish. However, the bears seem in control until then, and a drop below 0.85 should put further pressure on the cross.

From a fundamental perspective, the Euro looks weak ahead of the winter season. Rising energy prices and its dependence on Russian gas may weigh on the European economies in the months ahead. Also, some European countries have already imposed new COVID-19 restrictions, further pressuring the common currency.

All in all, the EUR/GBP cross is far from turning bullish. Unless we see a daily close above 0.8650, the bias is that a new lower low below 0.84 is in the cards.