The German Dax index undergoes its biggest reform ever. Starting in mid-September, the number of companies in the Dax will grow from 30 to 40 in an attempt to modernise the index.

From the middle of this month, the German Dax index undergoes a makeover. It is going to expand from 30 to 40 companies in an attempt to modernise the index and catch up with the U.S. peers.

The Dax index is formed out of 30 blue-chip companies trading on the Frankfurt Stock Exchange. The total return index has a history of over 32 years. Its operator, Deutsche Borse Group, ran a survey asking financial institutions their opinion on how to modernise the index.

Truth to be said, the Dax index underperformed its peers. It delivered an 8.6% average annual return since its launch, lower than the S&P 500 index annual return of 11%, including dividends. 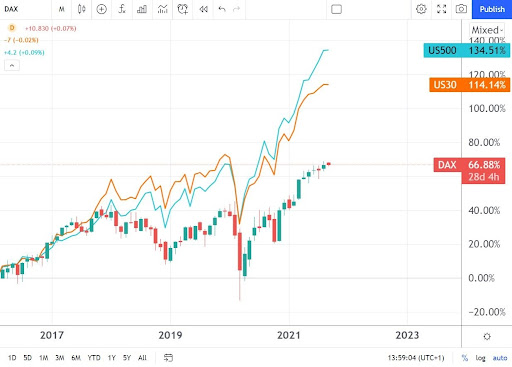 Not only does the number of the Dax’s constituents increase, but some new regulation has also been introduced. The stock index operator will introduce a profitability requirement stating that new contenders to be introduced in the index will have to post two years of profitability. However, the rule will not apply to existing members.

The idea behind Dax’s reform is to modernise it by introducing new businesses, younger ones, with more potential to grow. Some of the companies rumoured to be introduced in the index are already big names, such as Porsche SE, which owns 50% of the Volkswagen voting shares, Zalando, an online retail start-up based in Berlin with operations in over 20 countries, or Brenntag, a chemicals distributor.

The inclusion in a well-known index such as Dax is viewed as increasing a company’s visibility among investors. This time around, with no less than ten new companies to join the Dax, the index’s visibility will likely increase as well.