The S&P 500 index continues its bullish run. Last week, it ended close to its record highs and the outlook remains positive. A bullish flag pattern points to more strength.

After last week’s U.S. inflation data, markets’ attention turns to the FOMC (Federal Open Market Committee) Minutes released next Wednesday, which discuss the future interest rate policy in the United States. The first half of the trading month brought nothing but more upside in the U.S. equity markets, strength reflected by the European indices, too.

The S&P 500 index remains bullish. After falling in July to 4,225 points, it bounced sharply. The recent bullish breakout is supported by tight ranges due to summer trading conditions and the bias is that we will see more of the same in the days ahead.

The earnings season is in full swing and it does help. Most of the major U.S. companies have beaten expectations, providing a tailwind for the overall market.

Germany’s Dax index trades close to 16,000, a tad lower at the opening of the new trading week. There is a geopolitical risk that might spoil the bullish sentiment in the global equity markets. Last week, the world watched how the greatest military power in the world retreated from Afghanistan, and now the question is, what is left behind? Who will take power, and for how long? This is a sensitive subject in the United States, and it may affect the markets in the short term.

Commodities opened the trading week on a strong note, supported by a bullish price action seen in the price of gold. The yellow metal recovered the lost ground from last week and now trades comfortably above $1,770, threatening to break above $1,800. Oil remains bid while above $65.

No important economic events are scheduled in today’s London session. Therefore, the U.S. equity markets will be in the driving seat yet again today.

Today’s markets to watch are the S&P 500, Roblox, and Walmart. 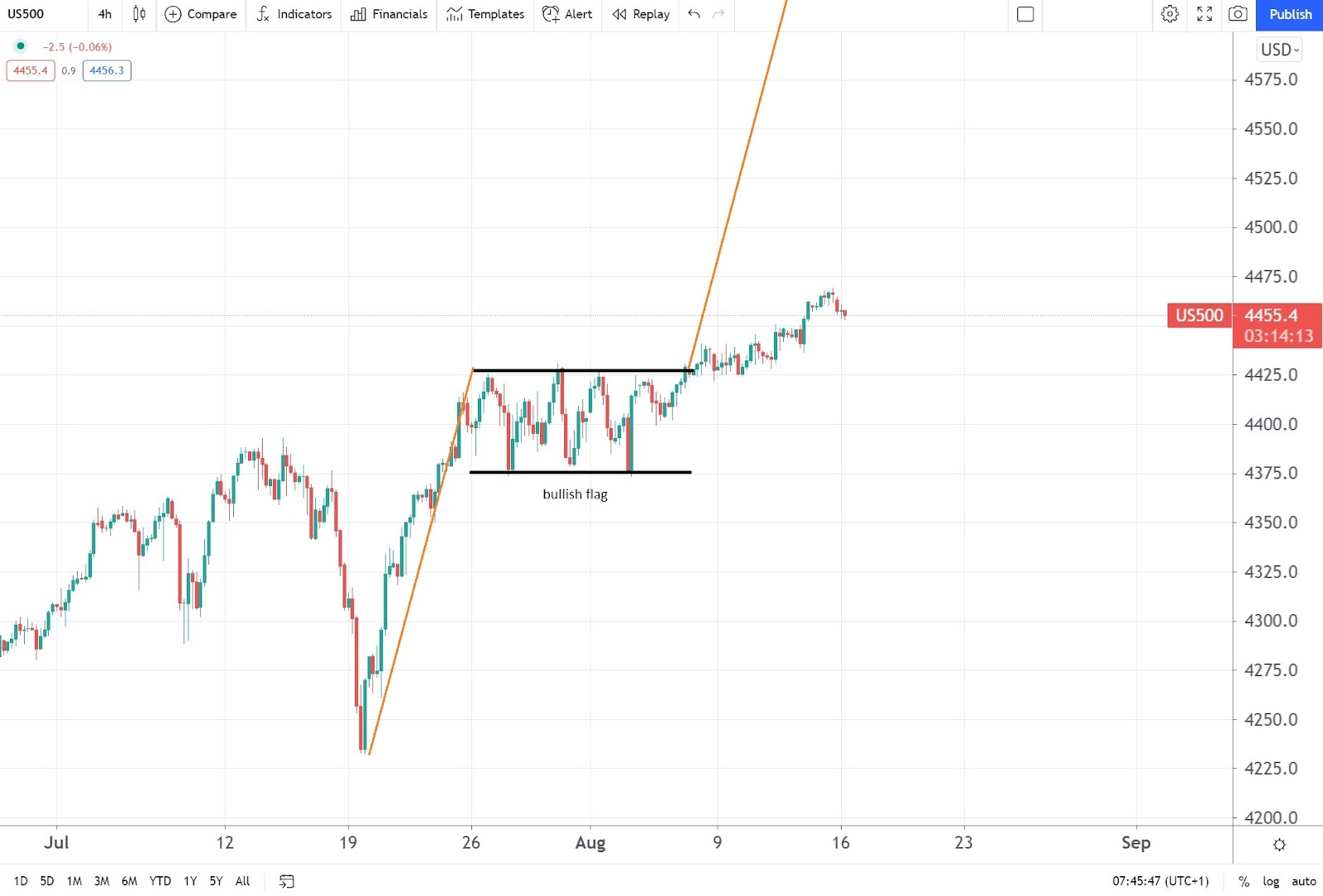 The S&P 500 index formed a possible bullish flag pattern before breaking out to new highs. It still has a lot of room to go to meet the target suggested by the measured move, so the bias remains bullish moving forward. Only a drop below 4,375 points will break the bullish bias. 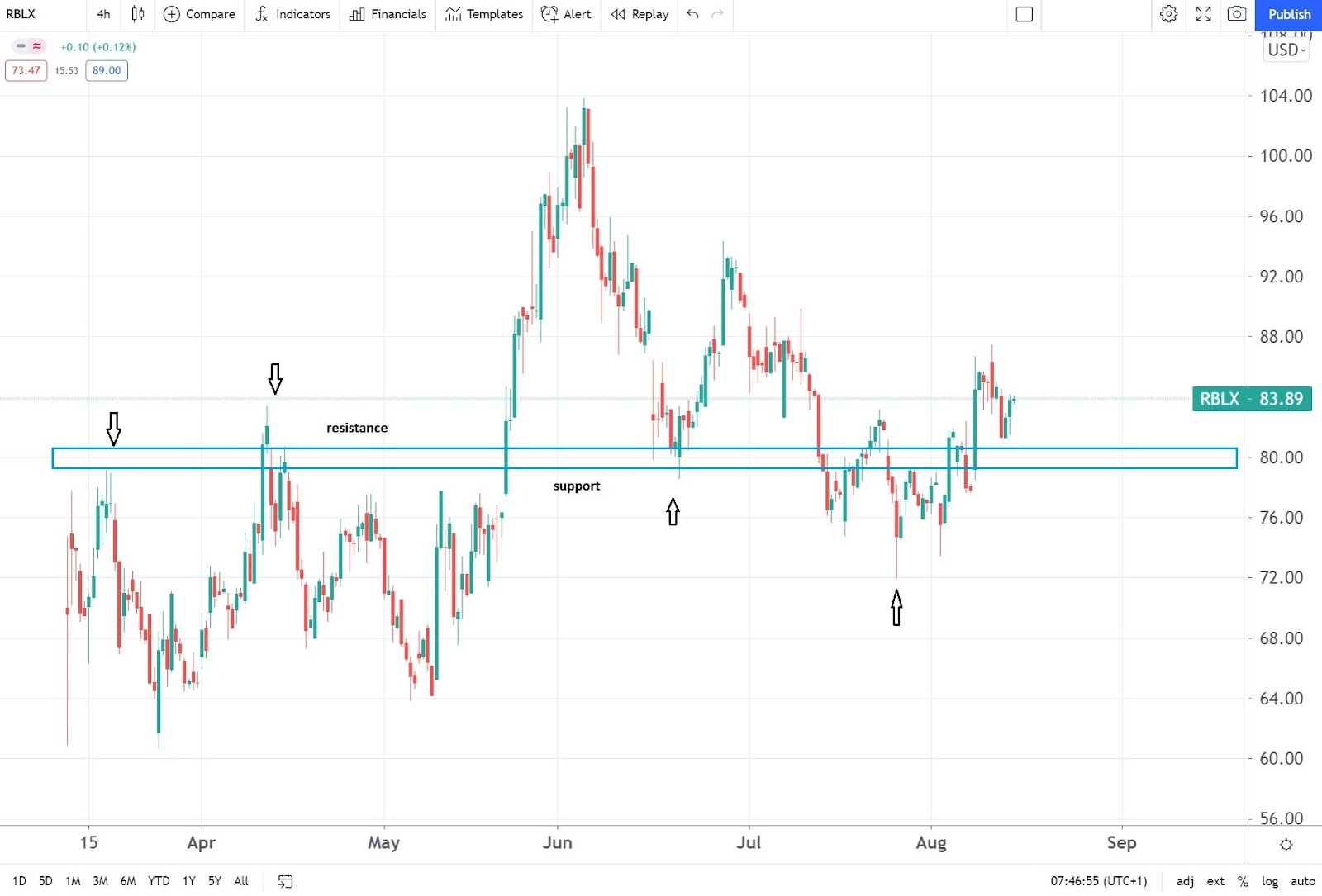 Roblox operates an online entertainment platform with huge success among kids and teenagers. The IPO was one of the recent highlights in the U.S. stock market, and the company is supposed to release its quarterly earnings today. From a technical perspective, the market remains bullish while above $80, bouncing from horizontal support. 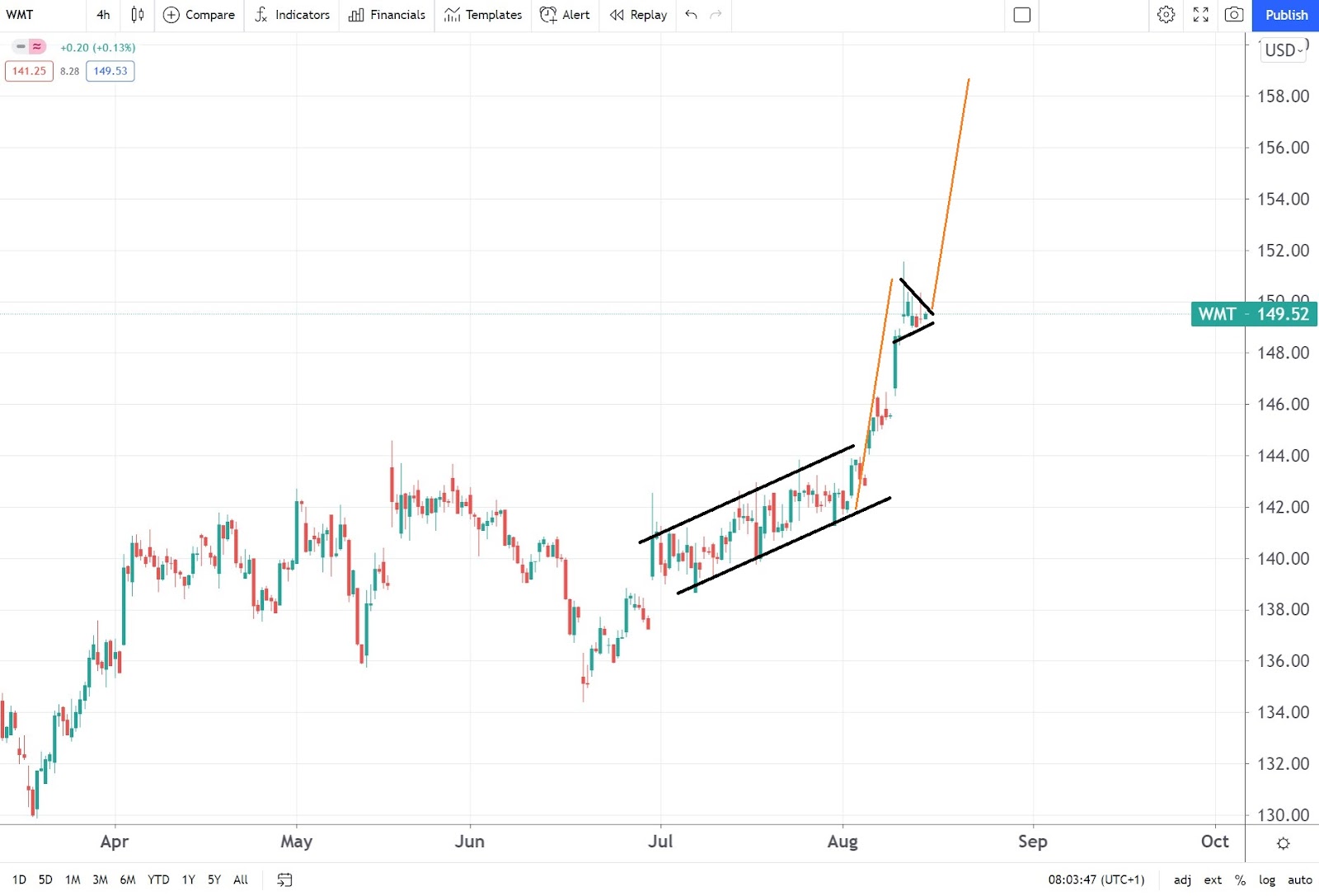 Walmart is due to release its quarterly financial performance tomorrow, and the price action is bullish. The market broke out of a running formation and now forms a possible pennant. The measured move points to $158 and beyond, while a drop below $142 would invalidate the bullish scenario.