The S&P 500 index consolidates close to record-high levels as the U.S. prepares for a short trading week. GameStop releases its quarterly earnings, and MicroStrategy fails to capitalise on Bitcoin’s bullish run.

After the Labor Day holiday in the United States and Canada, financial markets get ready for the first true trading day of the week. The S&P 500 index remains close to its recent highs, as pointed out by the futures market.

European equities are well bid, too. Most notably, the Dax index in Germany is getting closer to the all-important 16,000 level. Also, the FTSE 100 index in the United Kingdom looks bullish, trading well above the 7,150 level.

Commodities are in retreat today. Gold, silver, natural gas, copper – they are all down at the start of the London session. Copper fell over -1.5%, natural gas over -0.8%, and silver was seen -0.7% lower. Oil remains steady. While not strong enough to hold above the $70 mark, it trades close to the pivotal level.

Out of the three central banks due to release their monetary policy statement today, one already did so. The Reserve Bank of Australia left the interest rate unchanged at 0.1%, as the market expected.

Later in the European session, the German ZEW Economic Sentiment has the potential to move the euro. However, euro traders are focused on the main event of the trading week – the European Central Bank’s decision and press conference on Thursday. 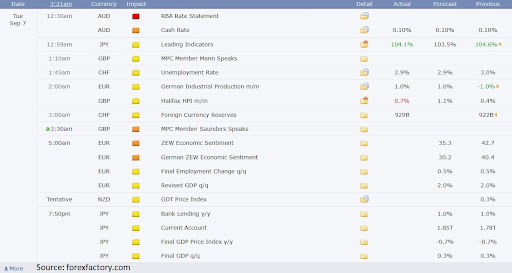 Today’s markets to watch are S&P 500, GameStop, and MicroStrategy. 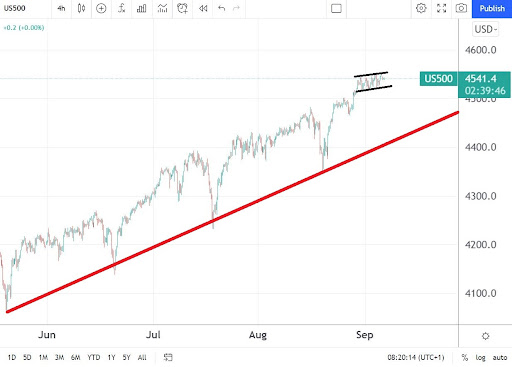 It is hard to argue with the bullishness of the U.S. equity markets. A very simple technical interpretation tells us that the S&P 500 outlook remains bullish while above the rising trendline. Also, the market consolidates close to its record highs, despite the not-so-good economic data lately. Last Friday, the NonFarm Payrolls report revealed that the U.S. economy added much fewer jobs than expected. Yet, the equity markets were barely affected. 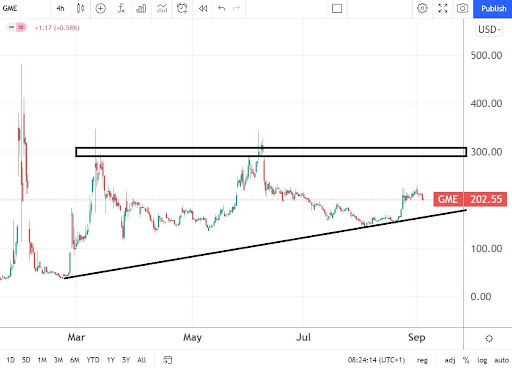 GameStop releases its quarterly earnings this week, and the stock price consolidates just above $200. It has met strong resistance at the $300, and the bias remains constructive if the price holds above the rising trendline. A daily close below the rising trendline exposes the market to be weaker, as the series of higher lows will be broken. 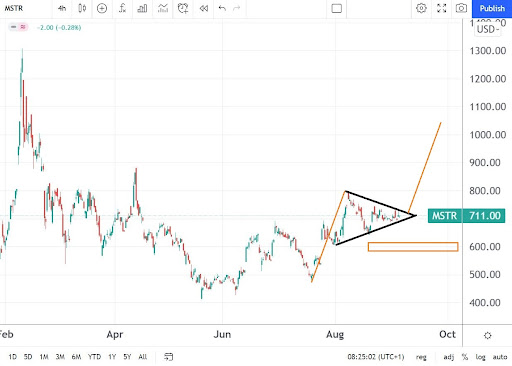 The cryptocurrency market recovered most of the lost ground from the summer meltdown. Bitcoin led the way up, trading comfortably above $50,000. Yet, MicroStrategy, which invested in Bitcoin all its reserves and some more, is not moving. In fact, it is consolidating in a triangular pattern which may break both ways. A close above $800 should trigger more strength towards the $1,000 level, while a move below $600 is bearish.

The German Dax index looks strong, and so does the euro. The U.S. dollar’s weakness persists.