ISM non-manufacturing reached all-time highs in July, suggesting the US economic growth will beat expectations. The S&P 500 outlook remains bullish as it builds energy to jump to a new record.

The equity markets in the United States welcomed the record level in the ISM (Institute of Supply Management) non-manufacturing data. The S&P 500 index, in particular, looks bullish, as it forms a possible bullish flag right below horizontal resistance. It appears that it builds energy to pop to a new record.

In Europe, the main indices are bullish as well. With no meaningful corrections, investors keep buying despite the somewhat high valuations. The German Dax index trades at record highs, above 15,700 points, while the FTSE 100 sits comfortably above 7,130. The Bank of England will issue its monetary policy today, so the FTSE 100 may experience higher volatility than usual.

Commodities are quite weak today. The WTI crude oil price fell below $70, and that is a bearish break. If the weakness continues, expect other commodities to follow suit. Gold is backtesting the pivotal $1,800 while platinum sits close to the $1,000 mark.

Currencies are mixed, typical for the NFP week. Until the jobs data comes out tomorrow, expect more of the same.

The big event of the day comes from the United Kingdom. The Bank of England releases its Monetary Policy summary and traders will focus on changes on the MPC (Monetary Policy Committee) Official Bank Rate Votes. As such, the British pound pairs, as well as the FTSE 100, may be more volatile than usual. 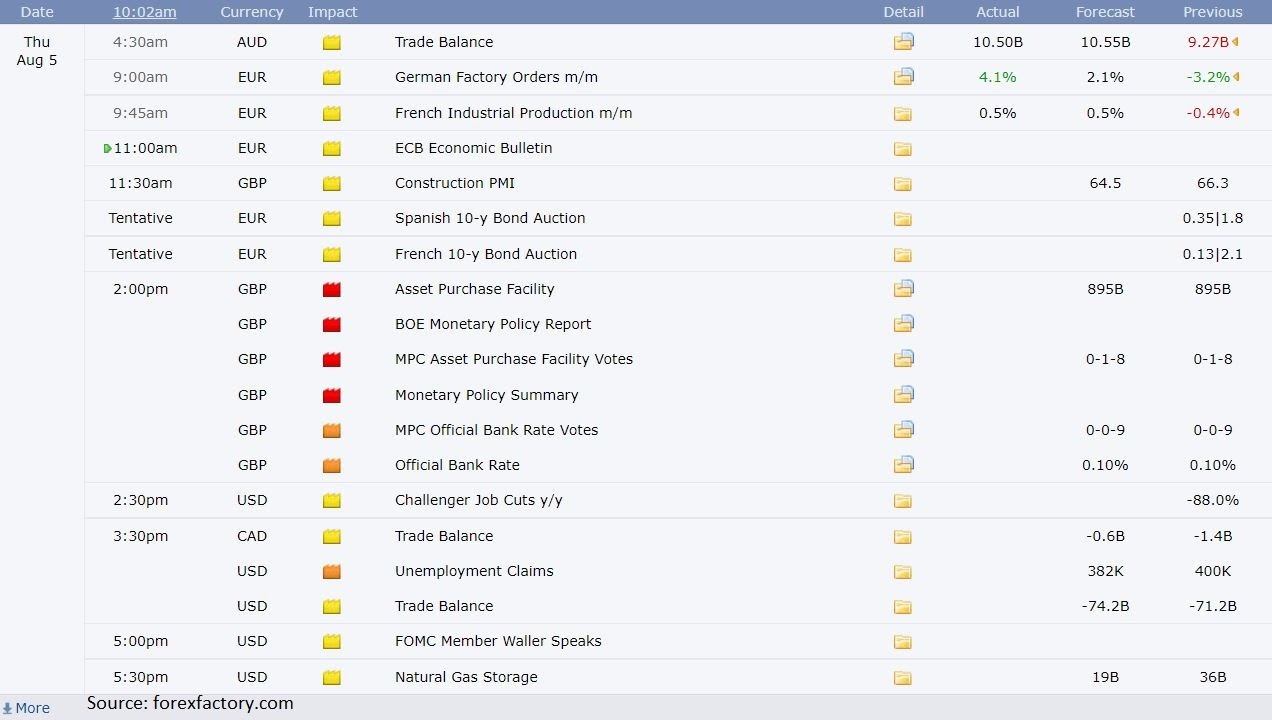 Today’s markets to watch are the S&P 500, Robinhood, and Moderna. 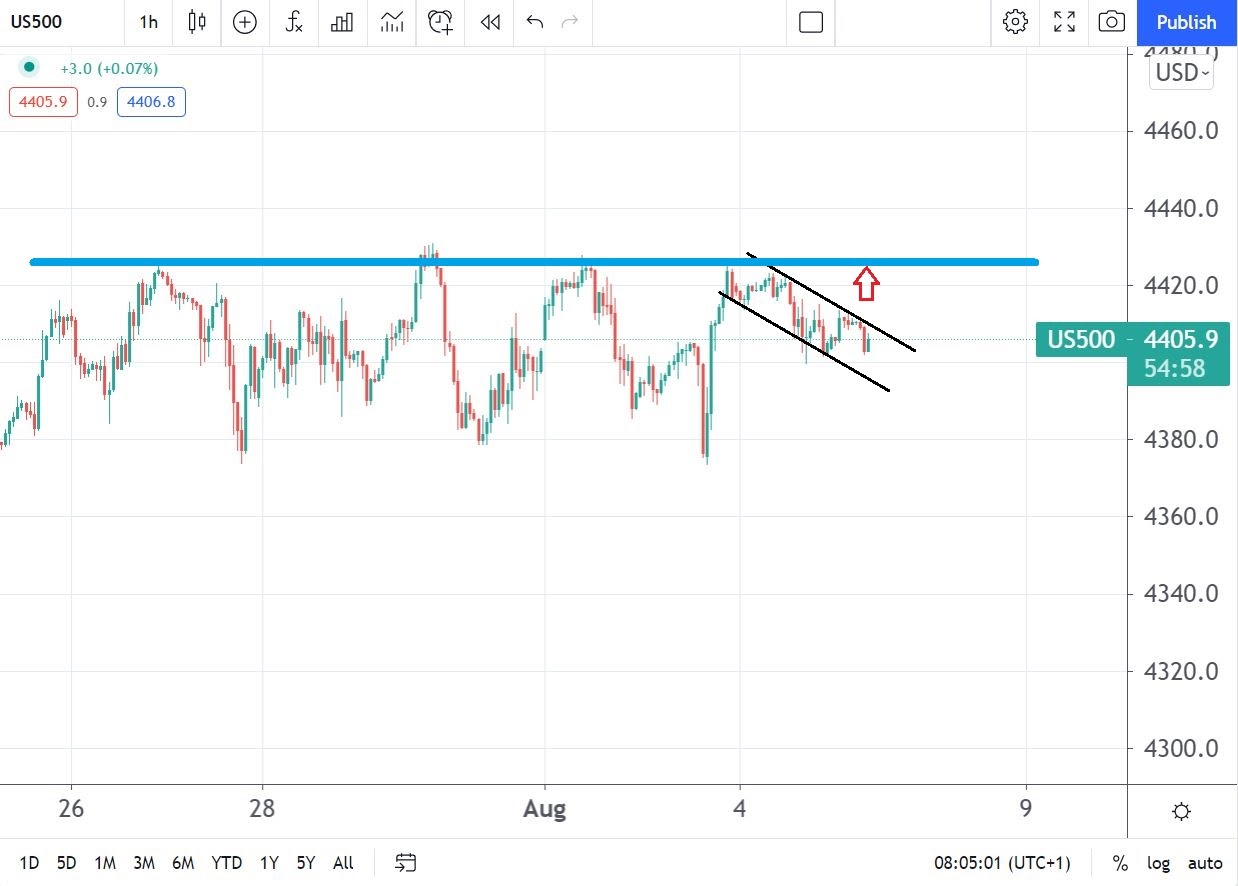 A possible bullish flag pattern forms on the S&P 500 smaller time frames. Interestingly, the pattern forms against horizontal resistance, suggesting that a bullish breakout is imminent. Unless the market dips below 4,380, the bias remains bullish, so a move to a new all-time high should not be discounted. 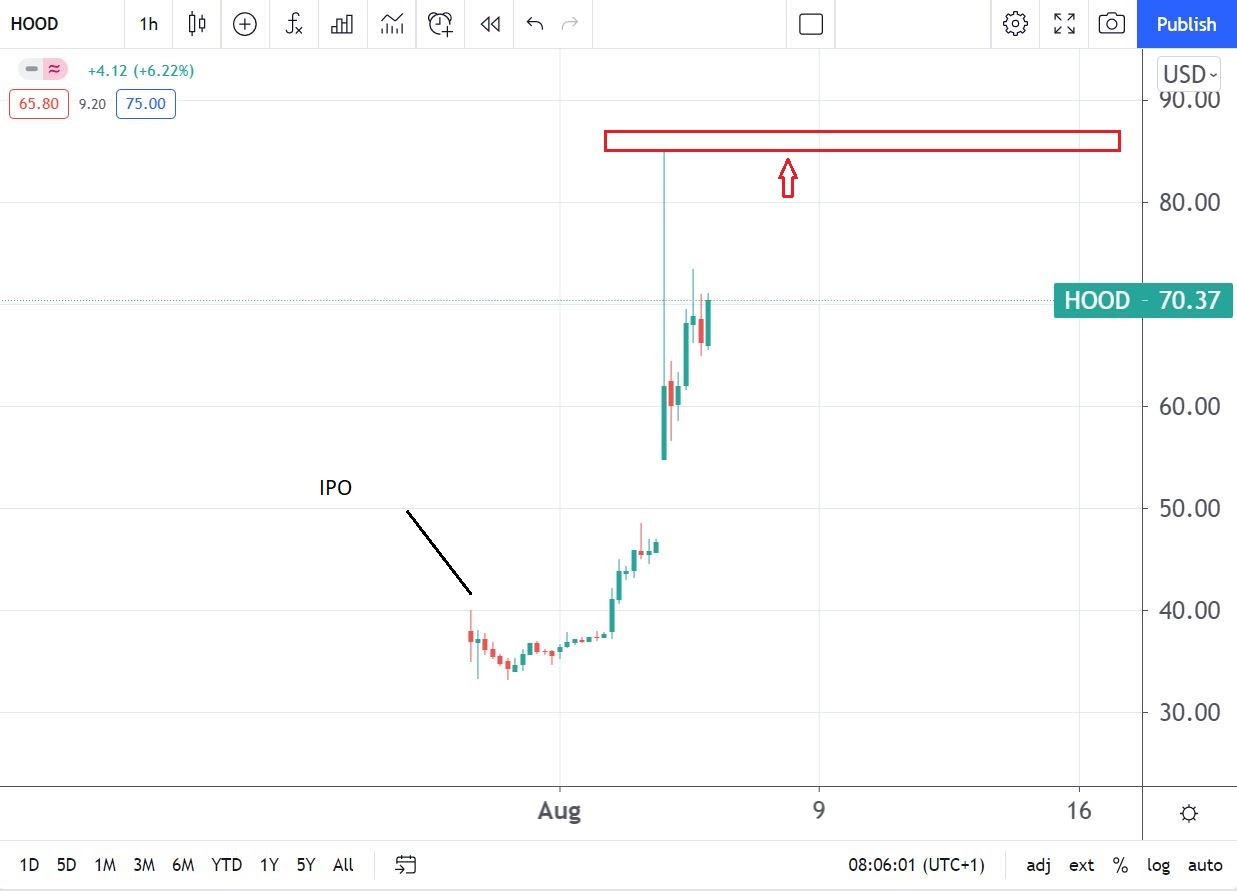 Robinhood’s IPO has attracted a lot of noise these days. After a small consolidation in the days after the IPO, the company quickly became a meme stock. Trading was halted several times yesterday for volatility as shares were up more than 80% on the day at one point. Moving forward, the bias remains bullish as the retail community wants a piece of the 55 million shares that have recently been sold to the public. 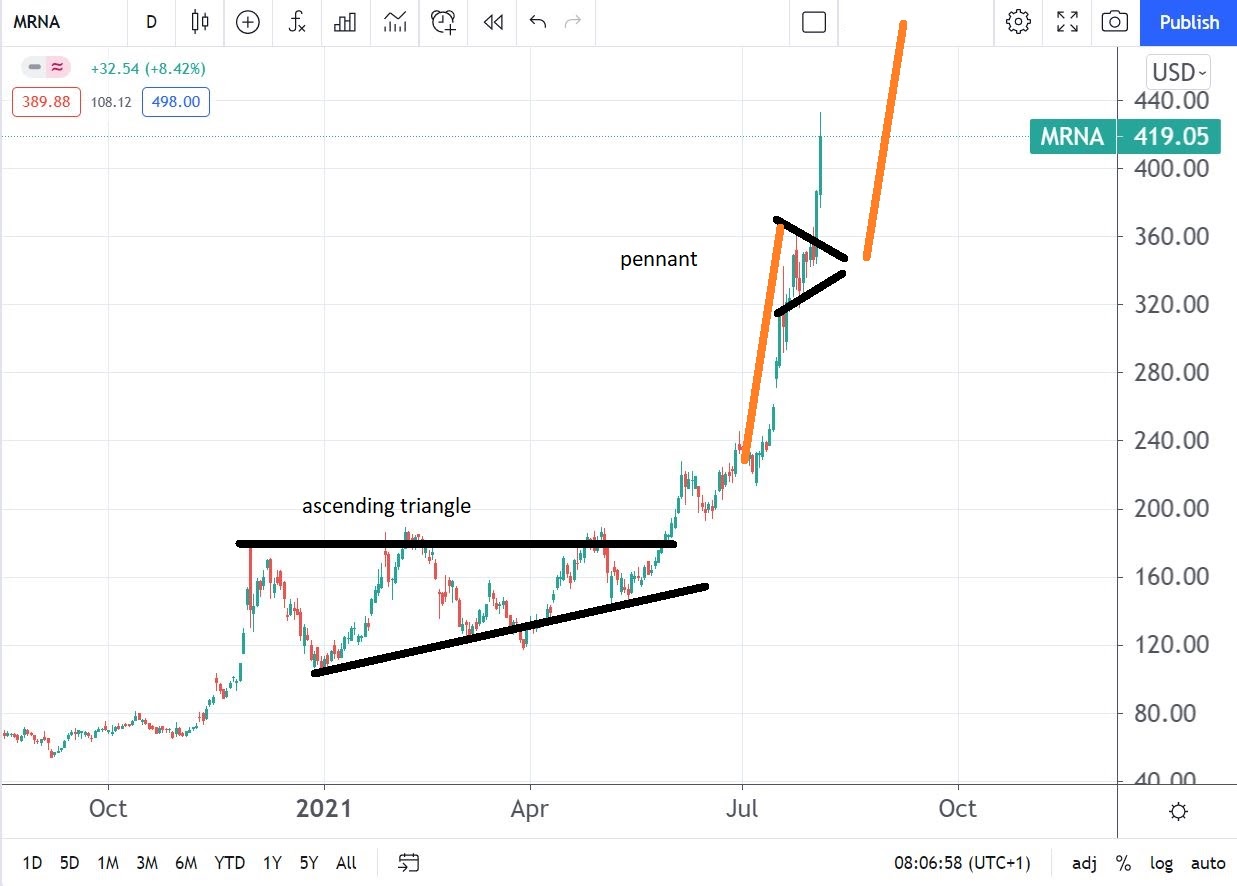 Moderna will release its Q2 2021 earnings today. Investors expect an EPS of $5.86 and the price action looks bullish despite a massive run in 2021. Currently, the market broke out of a pennant formation which points to a target close to $500.