The S&P 500 index broke out of a bullish flag pattern with a measured move at 4,600. The rising Bitcoin price triggered a move higher in stocks having exposure to cryptocurrencies, such as  MicroStrategy. eBay sits at a key support level ahead of the Q2 2021 earnings.

The stock market remains strong and keeps pressuring the highs despite the ongoing strength seen in the US dollar. Typically, the stock market rallies on a weak dollar – but now it is different.

After the NFP report was released last Friday, the US dollar keeps gaining, as reflected by the EUR/USD pair that now trades close to the 1.17 level. Yet, investors not only buy the dollar, but they buy stocks, too.

As such, the S&P 500 index broke out of a bullish flag pattern that points to much higher levels. Also, the European stock market indices are strong – the FTSE 100 in the United Kingdom trades above 7,140 points and the German Dax climbed all the way to 15,800.

Oil remains weak after Goldman Sachs downgraded the Chinese economic outlook. Fears of weaker demand in the months ahead have pushed the price of oil below $70. Now it tests support in the $65 area.

Precious metals have recovered some of the losses from the start of the trading week. Gold now trades above $1,730, recovering from yesterday’s drop below $1,700.

Today’s economic calendar is light in important data. Only the ZEW Economic Sentiment in Germany may trigger some price action in the German Dax index. Other than that, the markets will likely continue yesterday’s moves.

Today’s markets to watch are the S&P 500, MicroStrategy, and eBay. 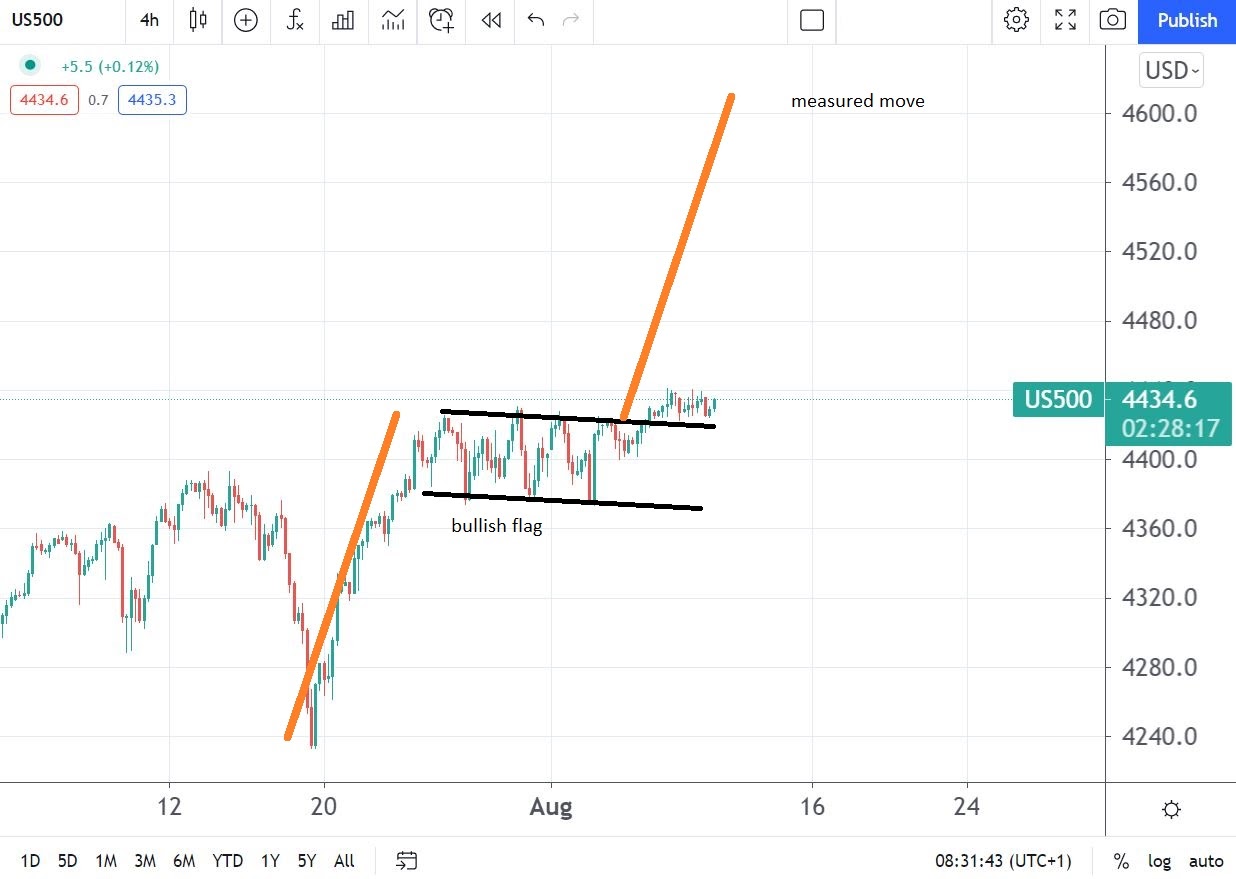 The S&P 500 bullish flag points to a move to 4,600. In August, the index broke above the upper edge of the flag and the measured move indicates further strength. Only a drop below 4,360 invalidates the bullish bias. 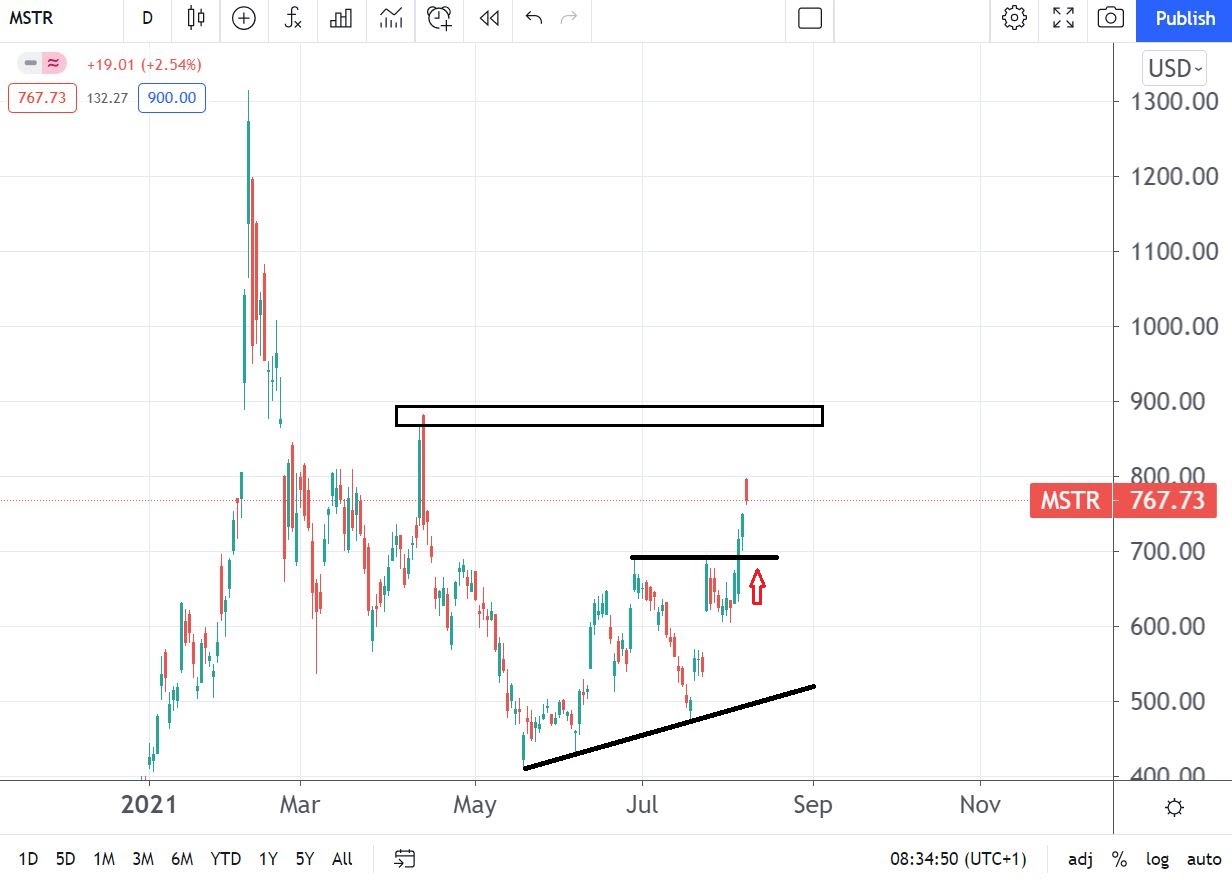 MicroStrategy is a public company that invested all its treasury into Bitcoin. As such, investors willing to get exposure to the cryptocurrency market without effectively buying Bitcoin may choose to invest in a company such as MicroStrategy.

The price action follows Bitcoin’s price action religiously, and it recently broke out of a triangle that acted as a reversal pattern. So, $900 looms large as the next target, while a move below $500 invalidates the bullish outlook. 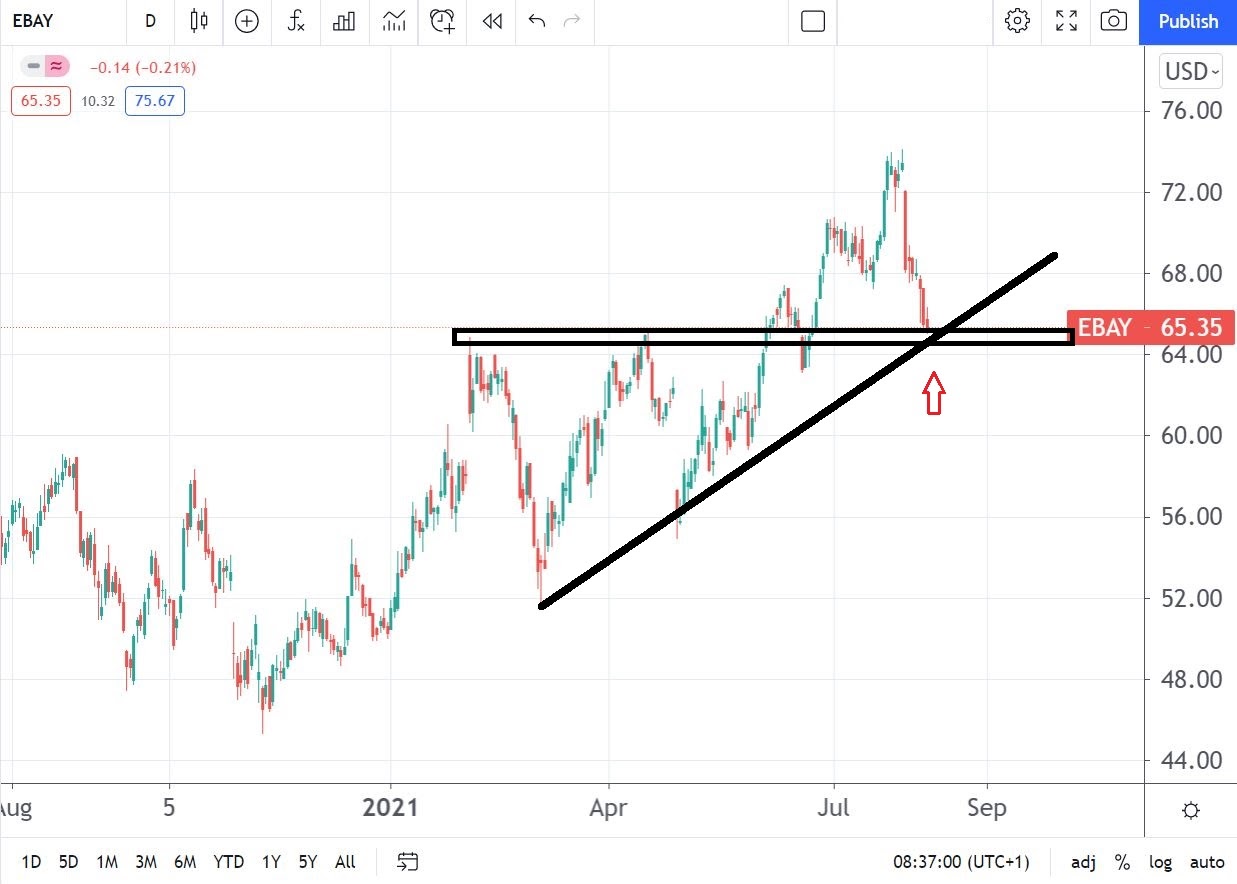 eBay will release its Q2 2021 earnings tomorrow. The price has declined recently, but now it has found support in a confluence area. Both horizontal and dynamic support levels may help the market at this point. If $64 holds, the bullish bias persists and a new attempt at the highs is possible.

S&P 500 remains strong, along with the US dollar; precious metals are weak.