The last trading day of the month starts with precious metals in retreat. Gold and silver are down significantly on the month, with the price action in silver still looking bearish.

One of the explanations for the decline in precious metals comes from the U.S. 10-year yields, rising recently. Because there is an inverse relationship between the two, investors dumped precious metals. Silver is currently trading at $21.57 with no support in sight until the $20 area, and gold threatens to break below $1,700, should the yields rally some more.

The WTI crude oil price did just the opposite in September – it is up sharply, trading comfortably above $74 and putting pressure against the 2021 highs. Natural gas remains well bid as well.

Equity markets continue to consolidate their recent levels. The U.S. futures point to a green opening, and thus the European stock market indices also opened in green. The FTSE 100 index, in particular, looks strong, back above 7,100 points. It benefited from the sharp decline in the British pound recently and ignored the shortage crisis in the kingdom.

The U.S. dollar is ripping in the currency market, while the Japanese yen sits at an eighteen-month low against the American dollar. As this is the last trading day of the month, the chances are that the dollar’s rally will continue towards its end.

Economic data out of the United Kingdom was mostly positive today, beating expectations. The final GDP numbers were released earlier today, and the outcome, +5.5%, exceeded the +4.8% expected. Later in the trading day, the Final GDP in the United States is expected at +6.6%, and the risk is that the outcome also will exceed expectations.

Jerome Powell testifies today, this time together with Janet Yellen, the U.S. Treasury Secretary. As always, when the Fed Chair speaks, the markets pay attention. 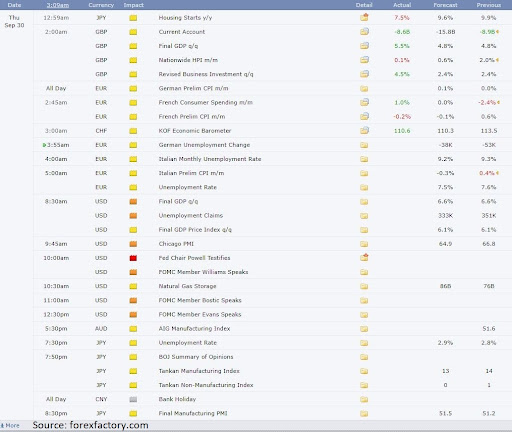 Today’s markets to watch are silver, Tesla, and Qualcomm. 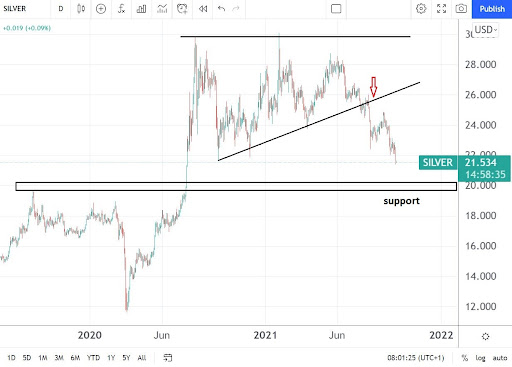 Silver price broke out of a bearish triangle this year and now has no support in sight until the $20 area. Such a triangle that acts as a reversal pattern suggests more downside is possible even below the support area. 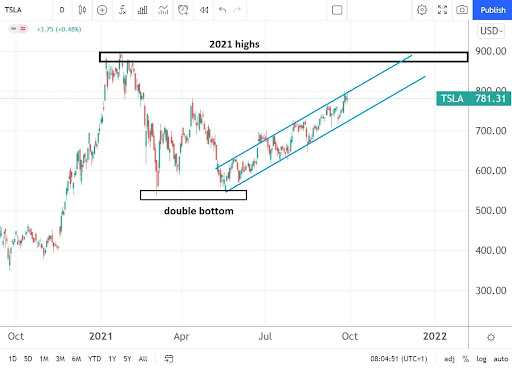 Tesla is in focus today as Chamath Palihapitiya, a long-term investor, announced he sold his shares to fund other investments. Yet, Tesla’s share price threatens to break above 2021 highs as it keeps rising in a bullish channel. As long as the series of higher highs remain in place, the chances are that Tesla will make a new high. 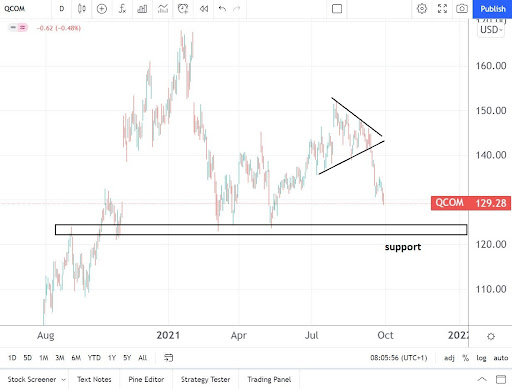 Qualcomm price remains under pressure despite the company winning the appeal on a massive antitrust class action. The next level of support is seen at $120, and only a reversal back above $150 would flip the bias to bullish.

The U.S. dollar is strong and pushes against its peers; precious metals remain under pressure.