The first trading day of September starts with financial markets unchanged on the week. It is only normal, considering that this is the Non-Farm Payrolls week and ranges are the norm.

Silver price forms a possible bearish flag pattern. It only consolidated for the last month or so in what appears to be a bearish continuation pattern. Gold trades above $1,800 and oil is just shy below $70, awaiting the OPEC decision and the Crude Oil Inventories report due later today.

The stock market in the United States ended the previous month at all-time highs. Dow Jones and the S&P 500 closed the month at their highs and futures are in green.

The bullishness across the ocean led to a strong opening in Europe. The Spanish index is back threatening with a break above 9,000 points, while the German Dax is up 0.80% at the time of writing. FTSE 100 in the United Kingdom trades comfortably above 7,100.

The oil price is in focus today as OPEC Meetings start. Later in the trading day, the Crude Oil Inventories will show how the demand for oil in the world’s largest economy changed last week. 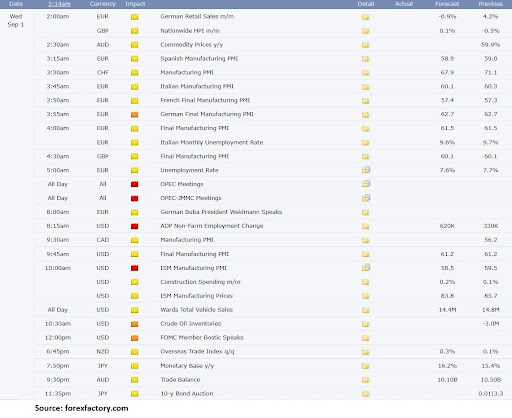 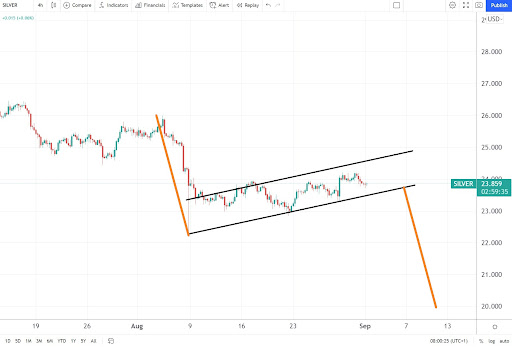 The bullish flag seen on the silver 4h chart points to a possible decline to $20. For that, the market needs to close below $23, signifying that the pattern ended. Otherwise, the risk here is that silver continues its slow grind higher. A move above $26 would invalidate the bearish scenario. 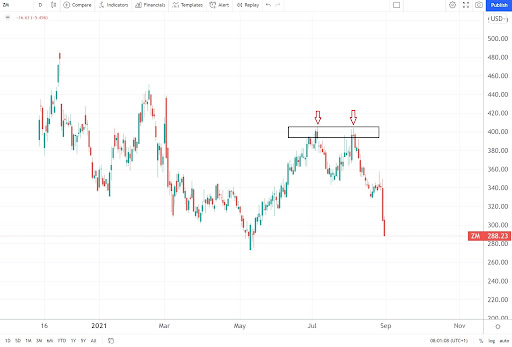 Zoom stock price suffered a massive selloff yesterday and futures point to further declines. The management warned on future earnings and the stock price declined below $300. After the market formed a double top pattern earlier, further weakness below $280 lies ahead. 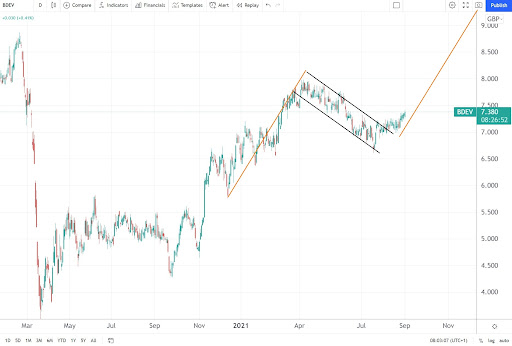 Barratt Developments stock price just broke out of a possible bullish flag pattern. The company reports its earnings tomorrow and better than expected numbers may be just what the price needs to fully recover from the pandemic drop.

U.S. and European equities start the new month on a strong foot; the Japanese yen is weak.