Gold price recovers from the weekly lows as risk sentiment improves. Equity markets remain strong on investors’ optimism about the infrastructure bill. Cisco and Target rallied ahead of the Q2 2021 earnings release.

Ahead of the last trading day of the week, the gold price recovered most of its drop from last Monday. It bounced back strongly from its weekly lows, recovering close to $100, from $1,660 to the current $1,750.

The move lower in the price of gold was a continuation from last Friday’s decline after the Non-Farm Payrolls (NFP) in the United States showed that the U.S. economy added close to one million new jobs in July. The news triggered a move higher in the U.S. 10-Year Treasury yield. Because the price of gold and the U.S. 10-year yield have an inverse correlation, gold declined despite the positive economic development.

On its way lower, it triggered some stops in the early Asian trading at the start of the trading week. However, the market recovered the lost ground slowly but surely, only to trade almost flat ahead of the last trading day of the week.

Investors’ optimism did help. This week, the focus was on U.S. inflation. Inflation is running hot in the United States, and investors wanted to see a slowdown that would confirm the Fed’s assumption that inflation is transitory.

As it turned out, inflation did cool off in July, albeit only a bit. Nevertheless, the markets took it as a good omen and so the equity markets rallied on improved sentiment.

The main U.S. indices (Dow Jones, S&P 500, Nasdaq 100), posted several all-time highs this week. Because the U.S. economic calendar is light on important events today, the bias is that the equity markets’ rally will continue.

The optimism seen in the U.S. markets triggered a rally in the main European indices too. As such, the German Dax index trades sharply higher when compared to the values seen at the start of the trading week, threatening to close above 16,000 points.

The FTSE 100 in the United Kingdom trades above 7,200. It had a hard time in the past several weeks clearing the 7,000 level, but this week did it, fueled by a strong U.K. GDP performance for the second quarter.

Speaking of the second quarter, the Q2 2021 earnings in the United States are a tailwind for the stock market. Most of the large American corporations have easily beaten the estimates, as the U.S. economy still runs on stimulus despite better than expected growth.

On the commodities front, the crude oil price recovered the initial losses from the start of the trading week and now trades in tight ranges just below the $69-$70 area. Tight ranges dominated the currency market too, as seen in the EUR/USD, for example, that only had a thirty pips range yesterday.

No important economic events are due today, and so the market’s expectations are that yesterday’s trends will continue. As such, you may expect the equity markets in the United States and Europe to remain close to their highs and even push to new record levels.

Today’s markets to watch are gold, Cisco, and Target. 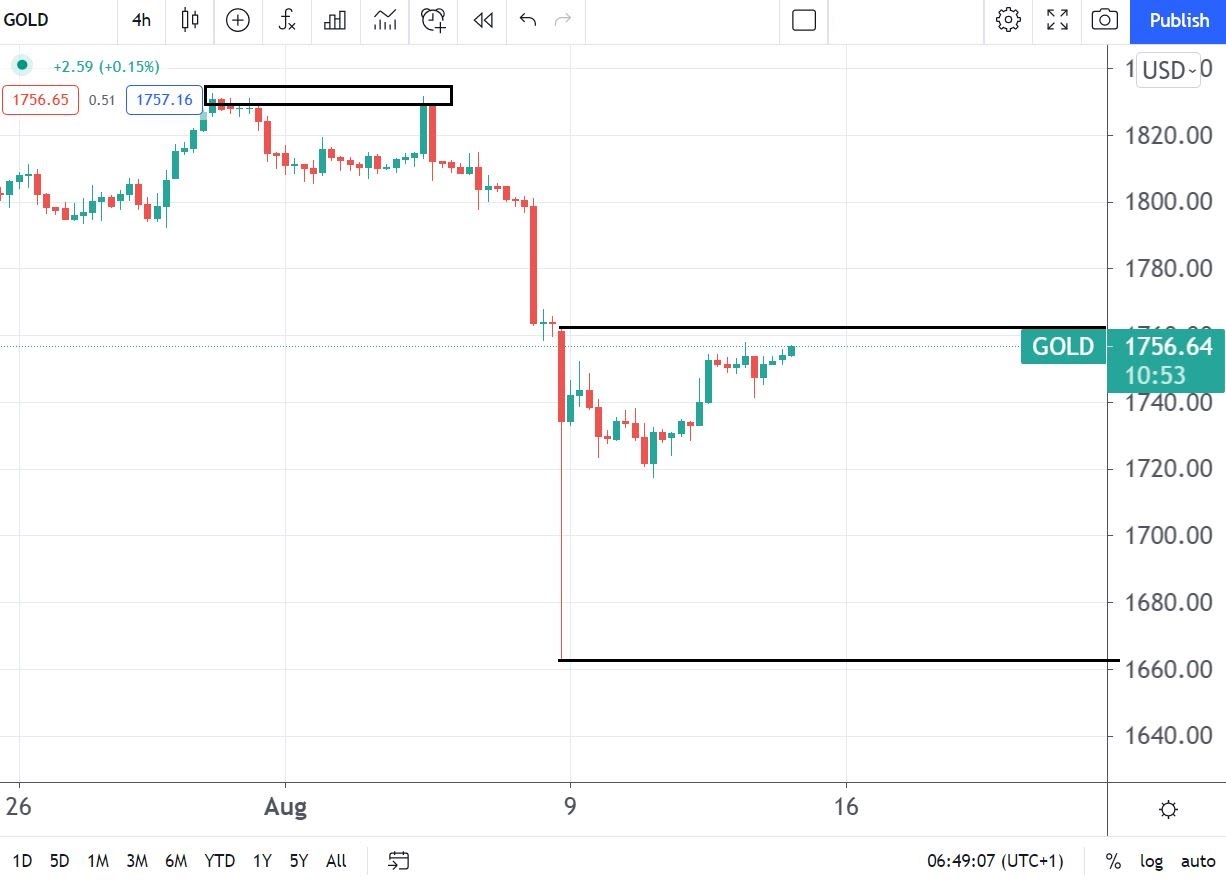 Gold price declined at the start of the trading week, building on the weak momentum from last Friday. However, the move lower was quickly bought, as investors pushed equities higher. Ahead of the last trading day of the week, gold looks poised to recover most of the lost ground. A move above $1,780 should point to more strength ahead, while only a drop below the $1,660 area would bring renewed weakness. 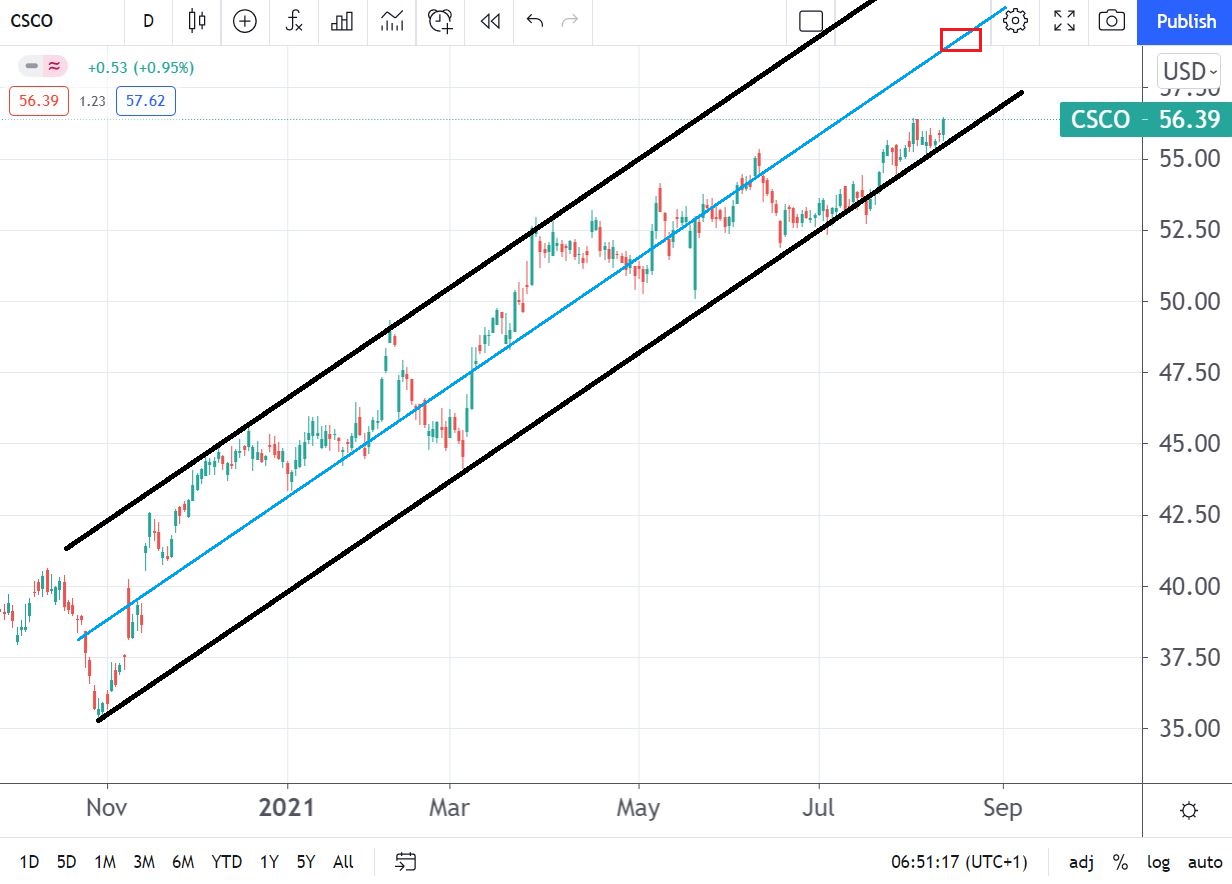 Cisco is due to release its Q2 2021 earnings next week. Ahead of the release, the price action is bullish, currently at dynamic support given by the lower edge of a rising channel. The bullish price action started last November when the efficacy of the COVID-19 vaccines was revealed. Cisco rallied ever since, and the bias is that the trend higher will continue unless the price drops below $50. 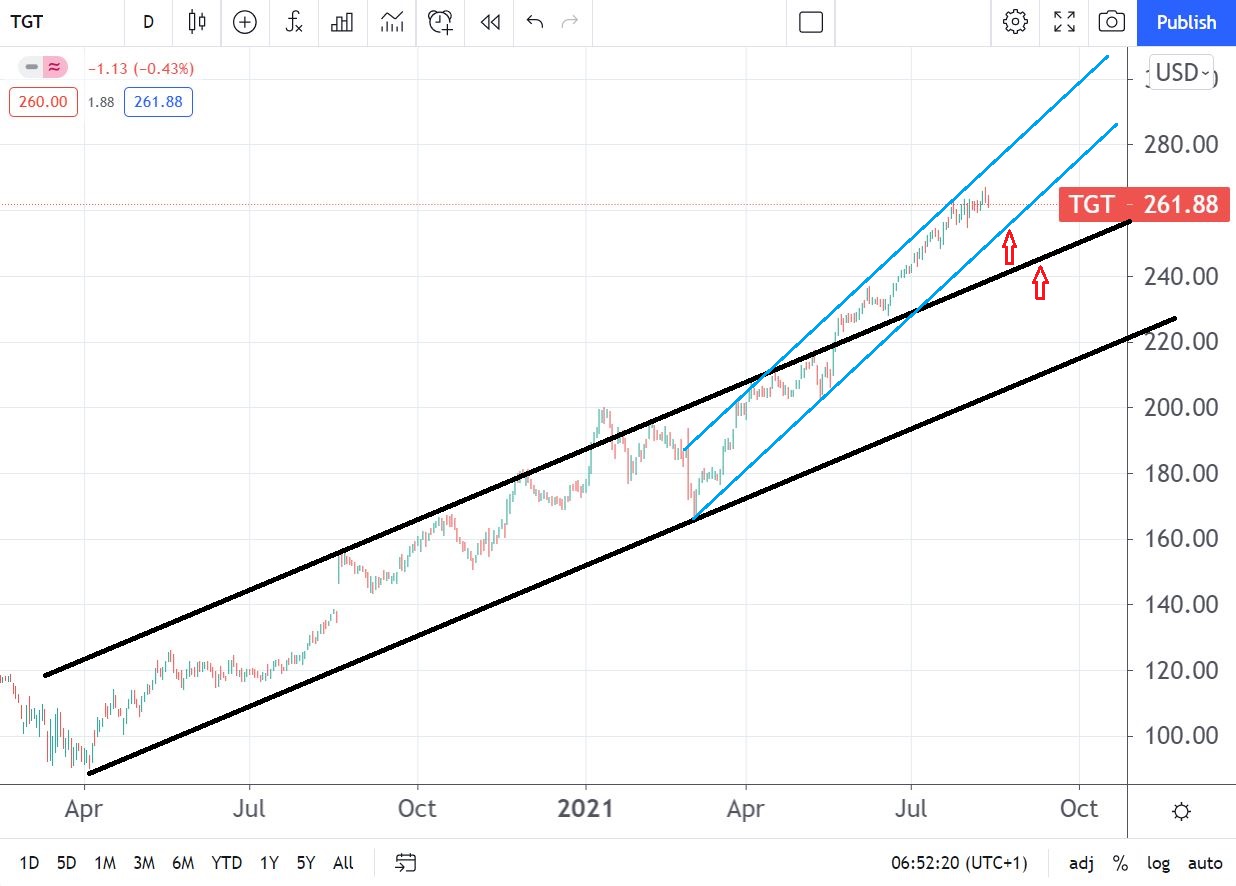 Target will also release its Q2 2021 results next week. The price action is bullish, as reflected by the two rising channels. The first one, starting in April 2020, provides important dynamic support on any possible move lower. As such, investors will likely step in on a decline to $240. Only a drop below the lower edge of the main rising channel would invalidate the bullish trend.

The U.S. and European equity markets are the winners of the trading week. Stocks traded with a bullish tone, making multiple all-time highs during the week. On the flip side, oil declined, although it recovered most of the lost ground.