FTSE 100 got rejected from dynamic resistance and the outlook turned neutral. Tesla stock price declines as the U.S. opens an official investigation on its autopilot. Walmart releases quarterly earnings.

The world woke up with a new regime in Afghanistan at the start of this trading week. The U.S. decided to end its presence in the country, and, in a few days, the Taliban took control.

While the event may not appear to be important for financial markets, it does open a race for the big economic prize – the rare earth minerals in Afghanistan are estimated to be worth between $1 trillion and $3 trillion. China and Russia are eager to step in as the world copes with the new reality.

The stock market exchanges around the world traded with a mixed tone. In Europe, the FTSE 100 outlook turned neutral after the index got rejected again from dynamic resistance. However, while above the pivotal 7,000 level, the bias remains bullish.

European indices started the trading day in the red. While the FTSE 100 is down -0.7% at the time of writing this article, the German Dax index is only -0.4% in the red. Nevertheless, they followed the U.S. indices lower, and the risk is that we will see more weakness today.

Oil had a rough day yesterday, losing 2% or so. On the other hand, gold outperformed, threatening to move above $1,800. It is not (yet) a risk-off week, but the way the markets move suggests that bulls will have a hard time pushing risk assets higher.

The day started with good news from the U.K. jobs market. The Claimant Count Change declined, so the unemployment rate fell – a positive aspect for the economy and the British pound.

Later in the North American session, two events may move markets – the Retail Sales and the Fed’s Powell speech. Traders should take this week’s market movements with a grain of salt because of the Jackson Hole Symposium scheduled to start at the end of the month. 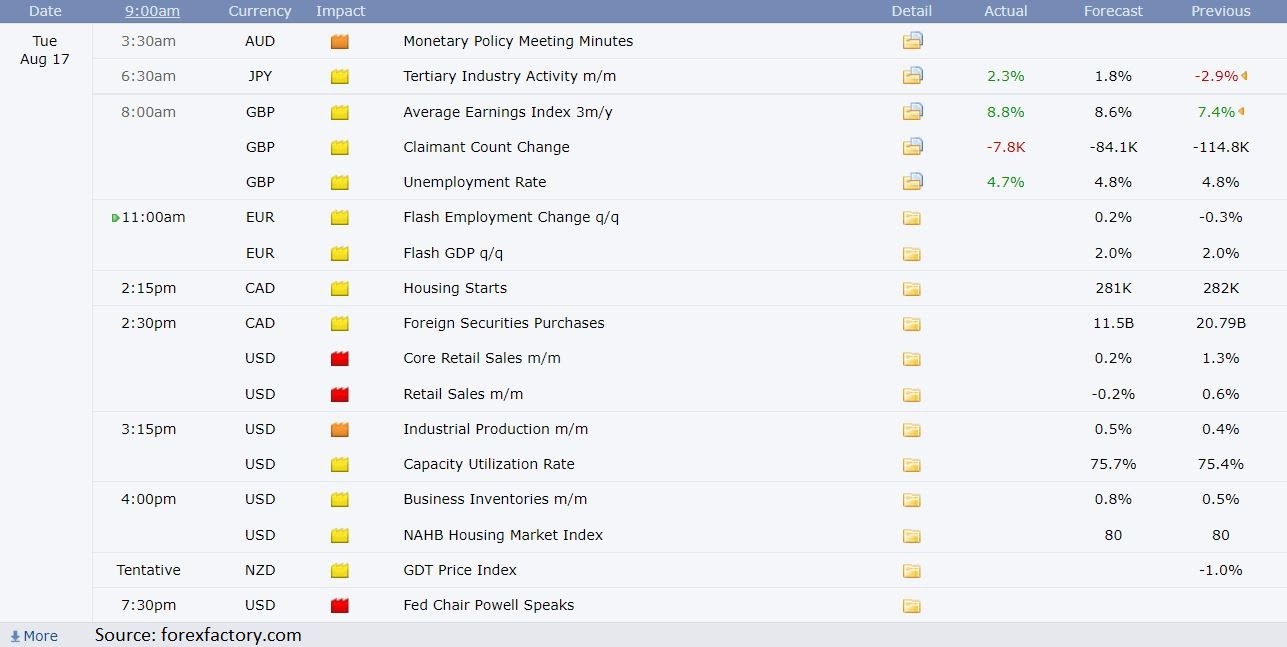 Today’s markets to watch are FTSE 100, Tesla, and Walmart. 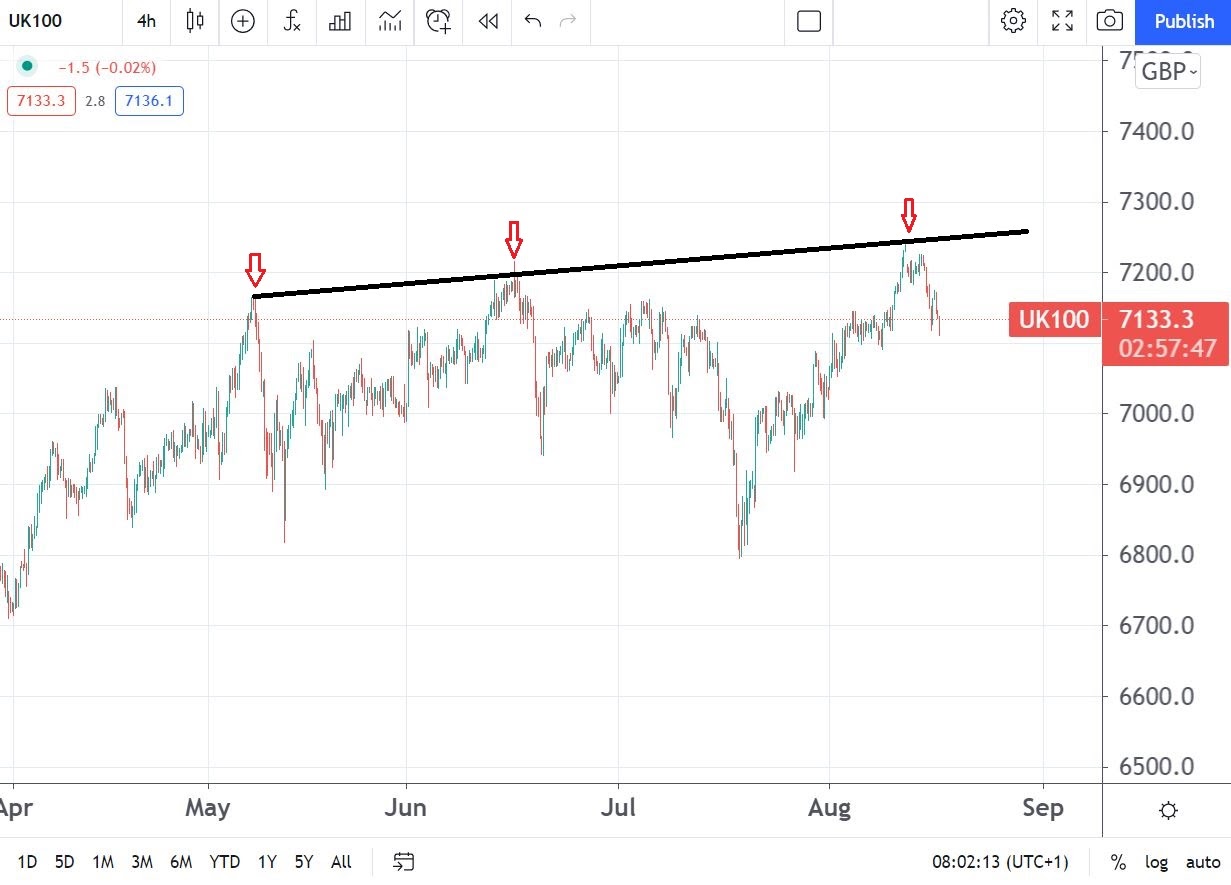 The FTSE 100 index lagged the exuberance seen in the U.S. equity markets in 2021. The 7,000 level is pivotal, and it did not quite manage to get rid of it on its way to the upside. Most recently, it got rejected from dynamic resistance for the third time in a row after a four-hundred points rally. As long as it remains below resistance, bulls should be cautious. 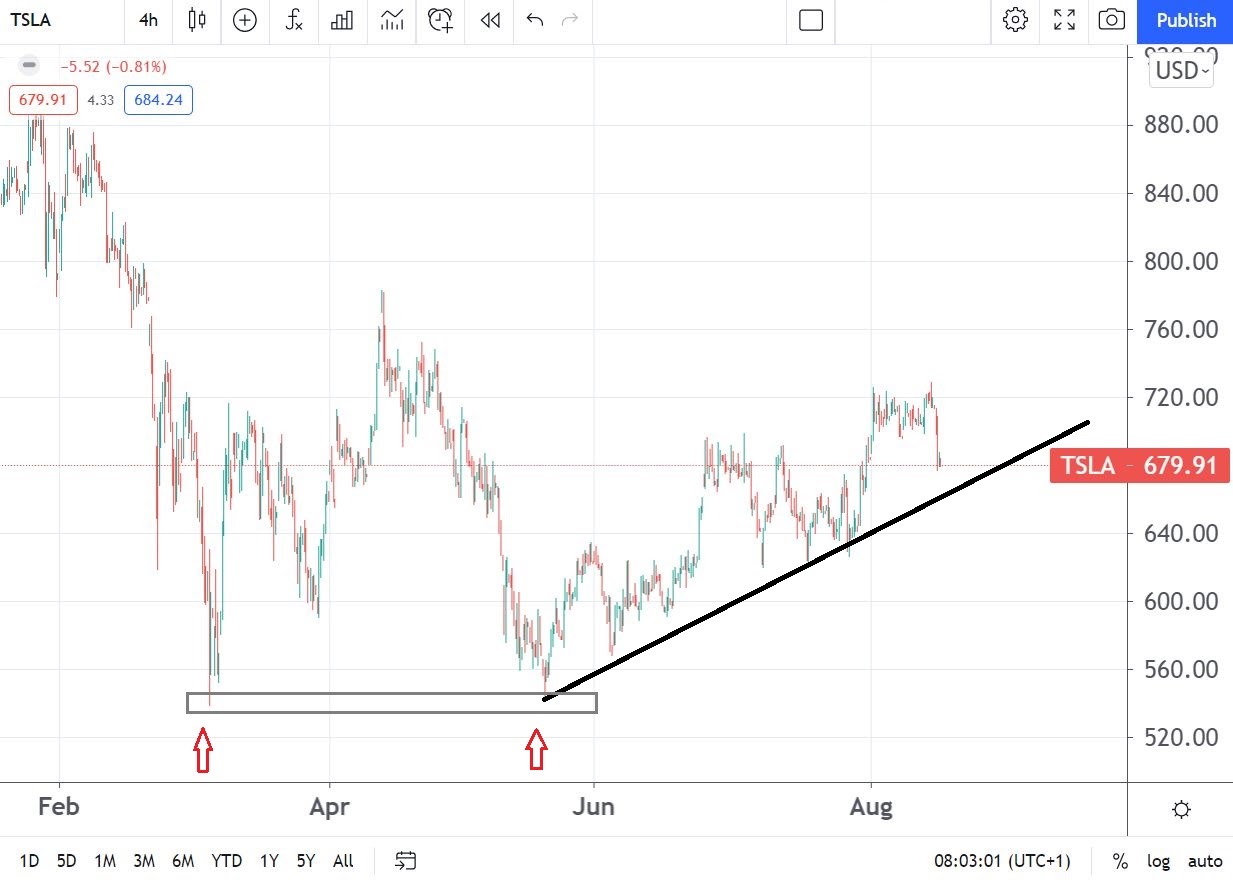 Tesla lost a few percentages yesterday after the U.S. officials opened an investigation on the autopilot feature. From a technical perspective, no damage has been done yet. Only a move below $640 would be interpreted as bearish. 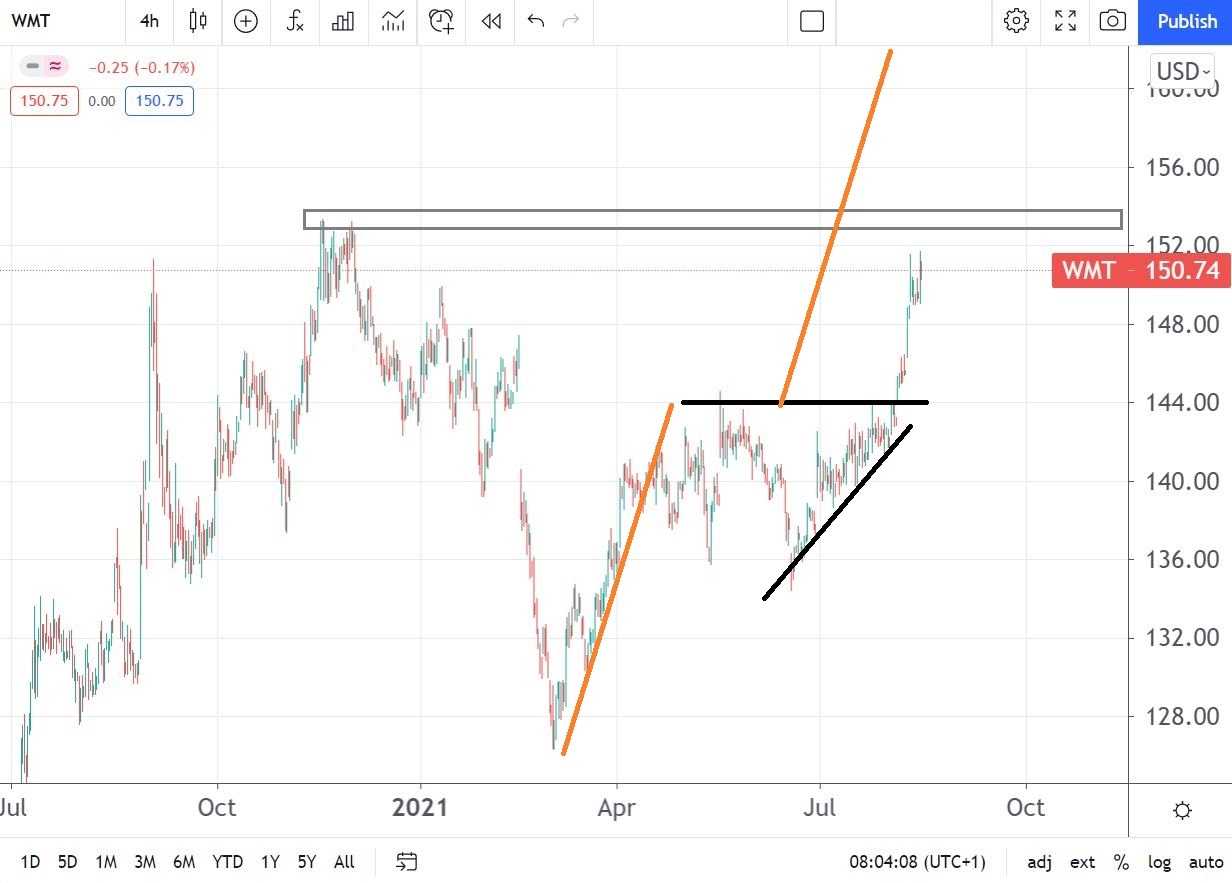 Walmart enters the quarterly earnings release with a bullish bias. The stock price declined in 2021 but now seems poised to make a new all-time high, as suggested by a triangle that acted as a continuation pattern.

Gold is strong in this environment; oil is weak.