The crude oil price has met dynamic resistance at the $85 level. The outlook turns neutral in the short term, and the first area of support is seen at $75. Apple, Amazon investors await the quarterly earnings.

The crude oil price had a rough day yesterday as news that Iran is coming back at the negotiating table triggered a small selloff. From a technical perspective, the price met dynamic resistance at $85 and bulls took profit.

The U.S. equity markets had a mixed day, in the sense that the Dow Jones and the S&P 500 index closed the day in the red, while the Nasdaq 100 held strong, as the big tech companies reported impressive earnings. Futures point to further advances, and even the Dow Jones seems to have erased some of yesterday's losses.

Gold still flirts with the $1,800 level. The consolidation reaches extreme levels, as many investors do not understand how the precious metal remains indifferent to the rising inflation.

The main event of the trading day is the European Central Bank's monetary policy statement and the press conference that follows forty-five minutes later. The central bank is expected to deliver a dovish message ahead of the December meeting to temper the market's expectations of a rate hike.

The central bank is preparing to taper its emergency bond-buying program and increase its regular asset purchases program next year. As such, the announcement and the forward guidance provided is key to how the markets will react.

Besides the ECB, the Advance GDP release in the United States should move the dollar. The market expects the U.S. economy to have grown by +2.6% in the previous quarter, and the bias is that the actual data will beat expectations. 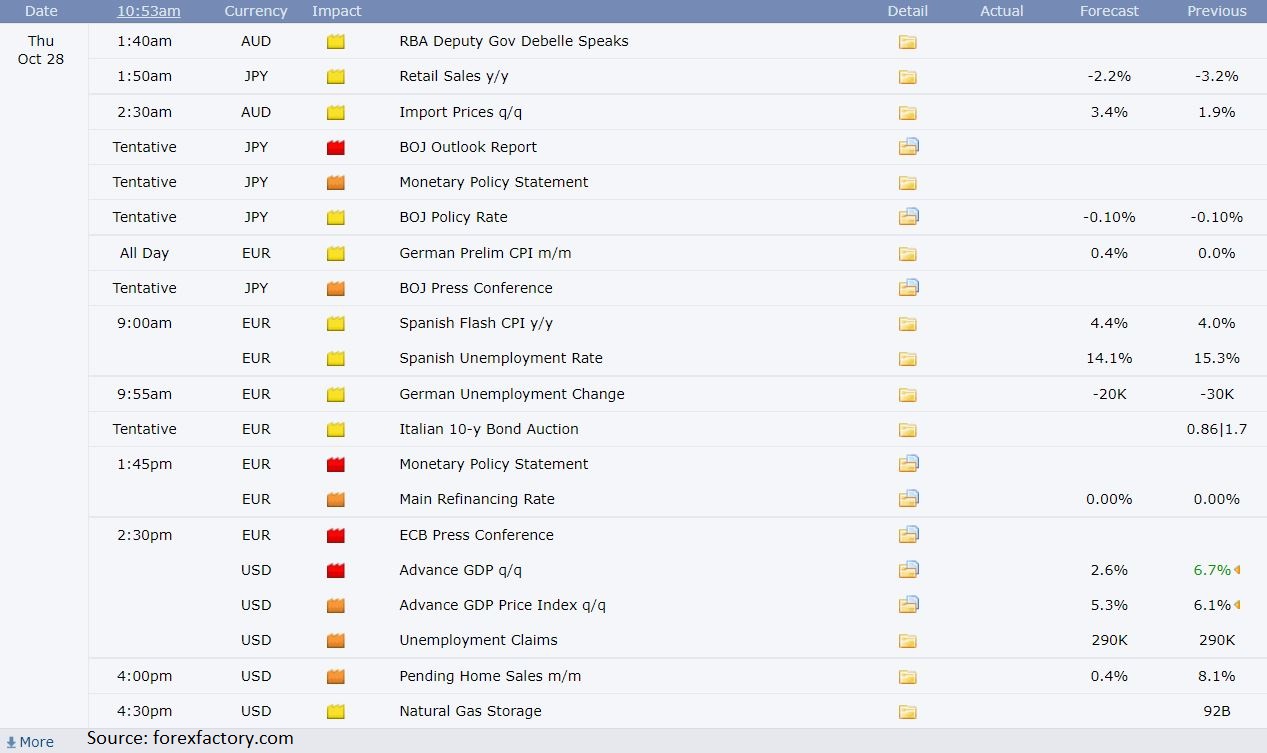 Today's markets to watch are crude oil, Apple, and Amazon. 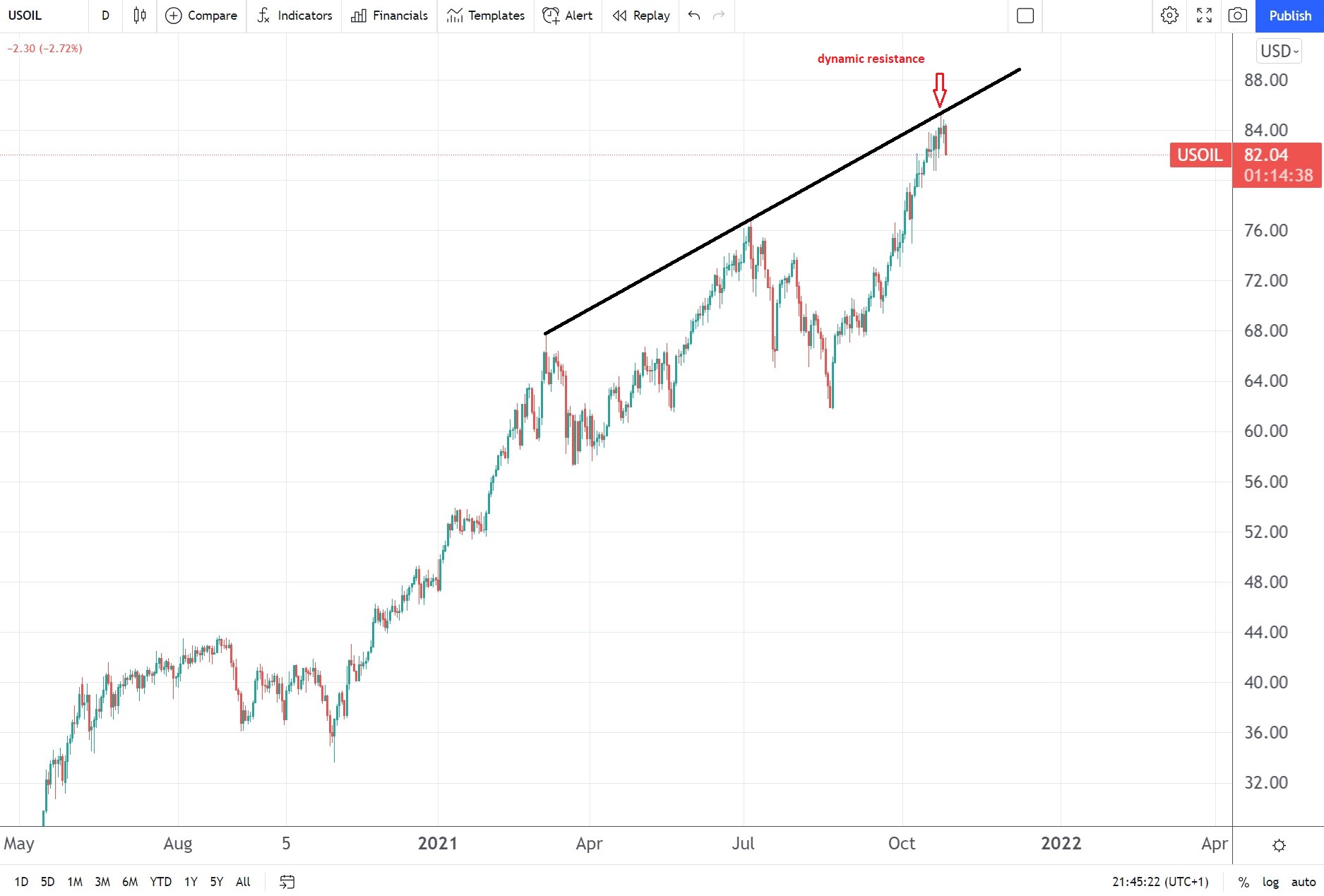 The crude oil price has met dynamic resistance at $85 and now corrects below the level. If this turns out to be a meaningful correction, then the first level of support is seen only at $75, and the second one at $65. Oil prices have rallied for the entire year, and many market participants have bets expecting the price of oil to reach $100 by the end of the year. However, the technical picture turned neutral as oil reacted at dynamic resistance. 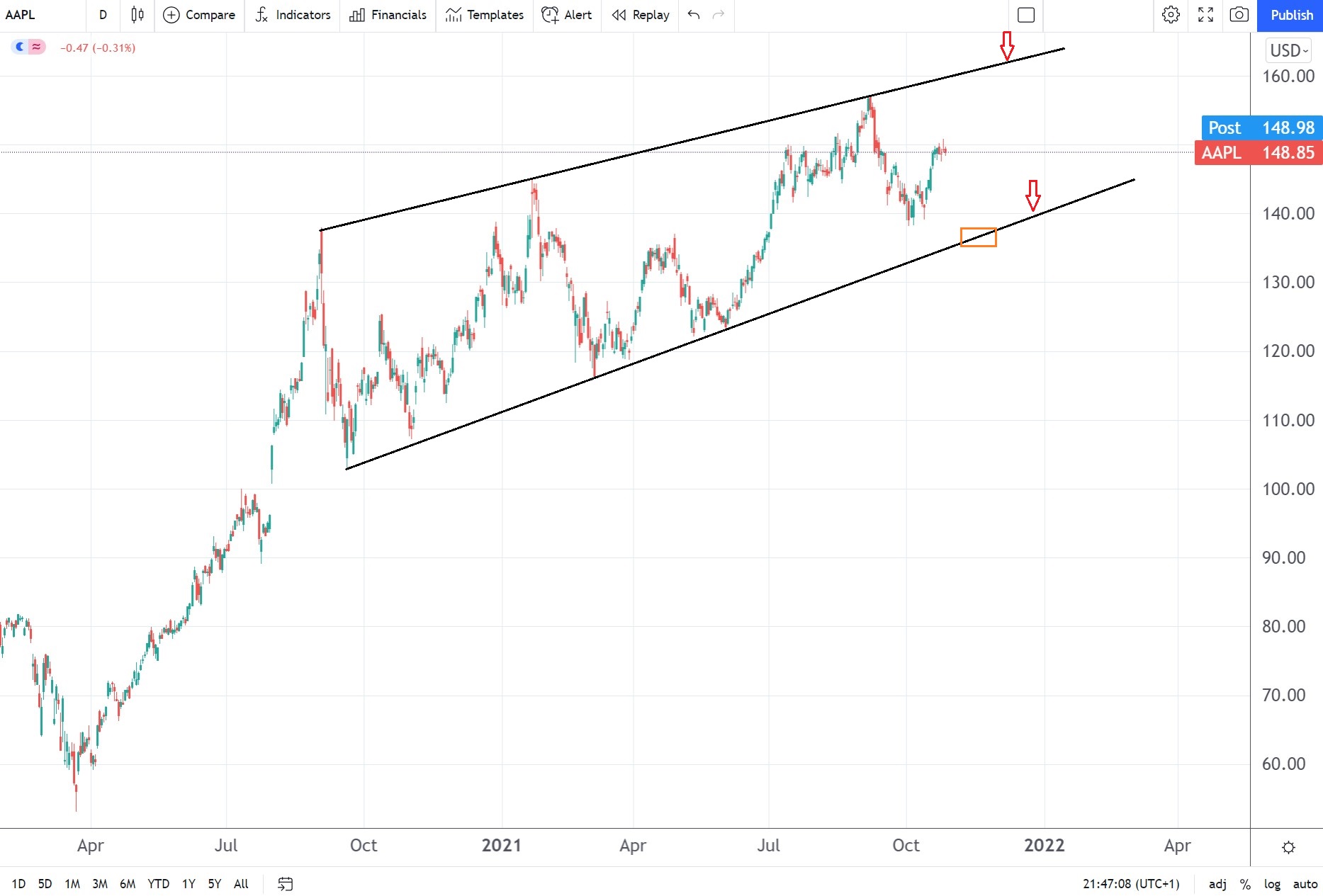 Apple stock price remains bullish while inside a possible rising wedge pattern. Such a pattern mostly signals a reversal, but only if the price breaks below the lower edge and closes below the previous higher low. Otherwise, the bias remains bullish. 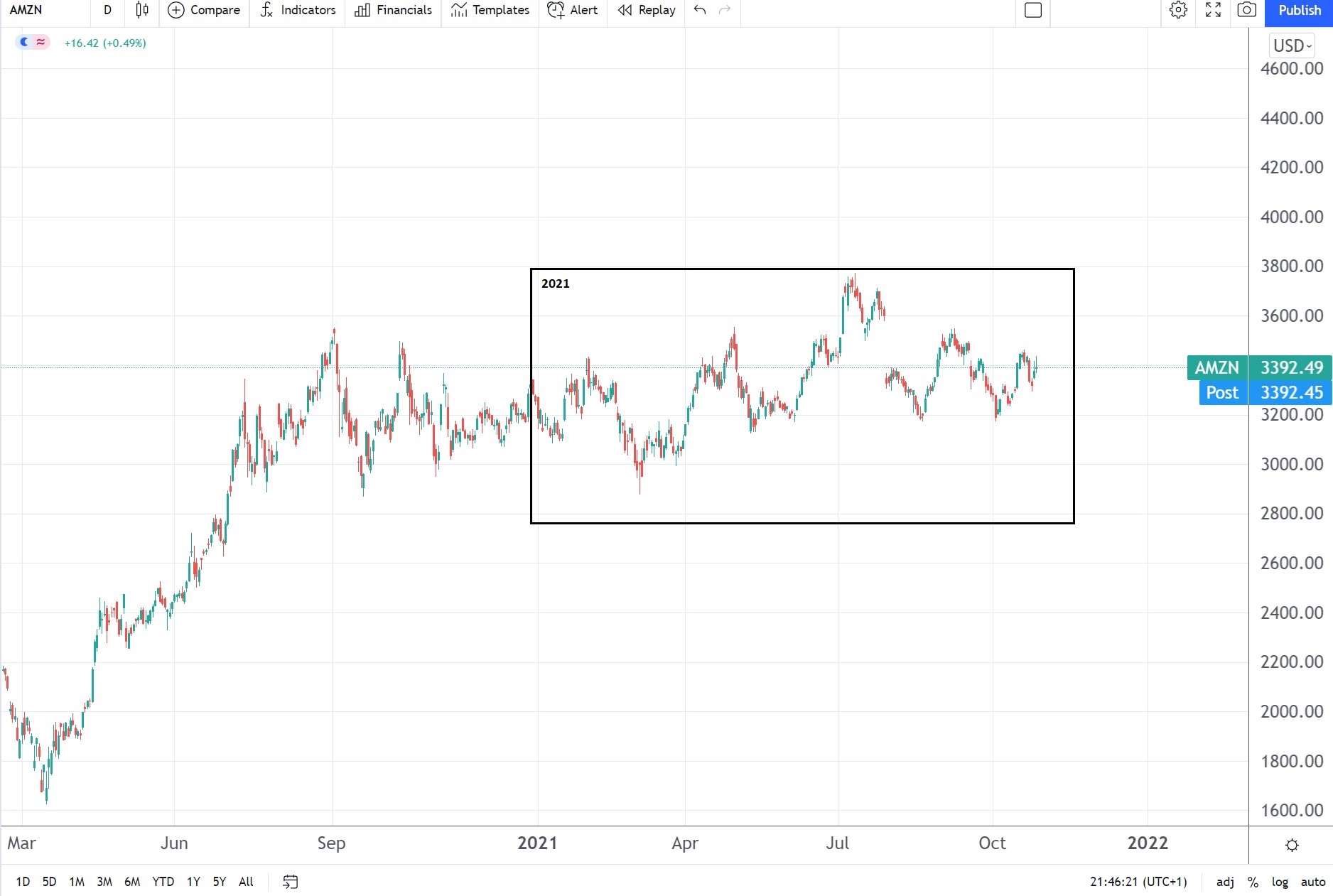 Amazon investors await the quarterly earnings and hope that the stock price will break the 2021 range to the upside. The bias remains bullish here too unless we see a daily close below $3,000.

The U.S. dollar trades with a bid tone against its peers, and U.S. equities corrected. Oil looks weak while below $85.