Cryptocurrency miners have improved their operations by adding more and more renewable energy to the mining operations. Here are three stocks to look at: Marathon Digital Holdings, Riot Blockchain, and HIVE Blockchain Technologies.

Earlier in the year, Bitcoin and other cryptocurrencies gave back most of their yearly gains on Elon Musk, the CEO of Tesla, announcing its decision to stop accepting Bitcoin payments.

He argued that Bitcoin mining harms the environment, as Bitcoin’s energy consumption is linked directly to its users. In other words, the more people owning and using Bitcoin, the greater the carbon emissions. One simple example is that you would have to drive 1.2 million miles to burn the same energy to produce one single Bitcoin. Therefore, Bitcoin mining comes with a huge carbon footprint.

It was the start of the biggest correction in the Bitcoin price in 2021, and other cryptocurrencies followed. Since then, miners have improved their operations and used more and more renewable energy. After all, the players in the crypto industry are known for their ability to innovate.

Marathon Digital Holdings is aiming at becoming the largest crypto mining company at one of the lowest energy costs. The stock price is up +371.26% YTD, and the revenue growth rate is impressive, at 4,562.54%. 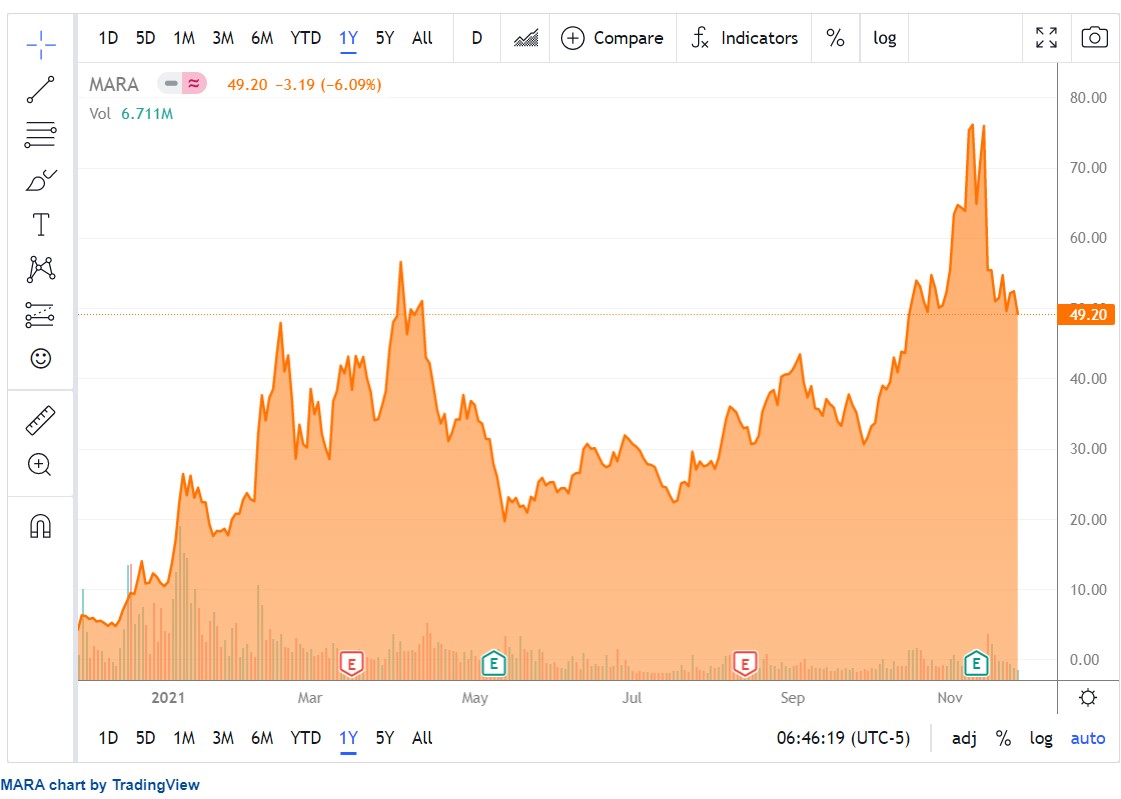 Riot Blockchain is an American company from Castle Rock, Colorado. It focuses on crypto mining operations, and it operates more than 7,000 miners. It operates with a gross profit margin of 63.95%, much higher than the 49.47% sector median. Another plus is that the P/E Non-GAAP is not far away from the sector median.

HIVE is one crypto mining company that uses 100% green energy to mine Bitcoin and Ethereum. It is focusing on building sustainable operations to power the blockchain and the stock price is up +96.3% YTD. The company operates with a gross profit margin of 83.49%, much higher than the 49.57% sector median.