Investors in the tech sector have a busy week ahead, as some of the biggest tech names report their quarterly earnings. Last week, Apple delivered much better than expected results – will the trend continue this week with names like Alphabet, Facebook, Amazon, PayPal, and Qualcomm reporting their earnings?

Alphabet is Google’s parent, and it reports its Q4 2021 earnings later today during the North American session. The market expects $EPS of $27.19 on the quarter and revenues to exceed $114 billion for the fiscal year ending December 2021.

Facebook changed its name recently into Meta Platforms, but its ticker remained the same – FB. The company is expected to announce its quarterly earnings on February 1, and the market expects EPS of $3.83 o nthe quarter.

Facebook does not pay a dividend and it operates with a gross profit margin of 80.85%, much higher than the sector median of 51.66%. The company is valued at a little over $839 billion at the current market price and has an enterprise value of close to $800 billion.

In 2022, Facebook had a rough start of the year. Its stock price is down more than -10% as the tech sector was under pressure in January. 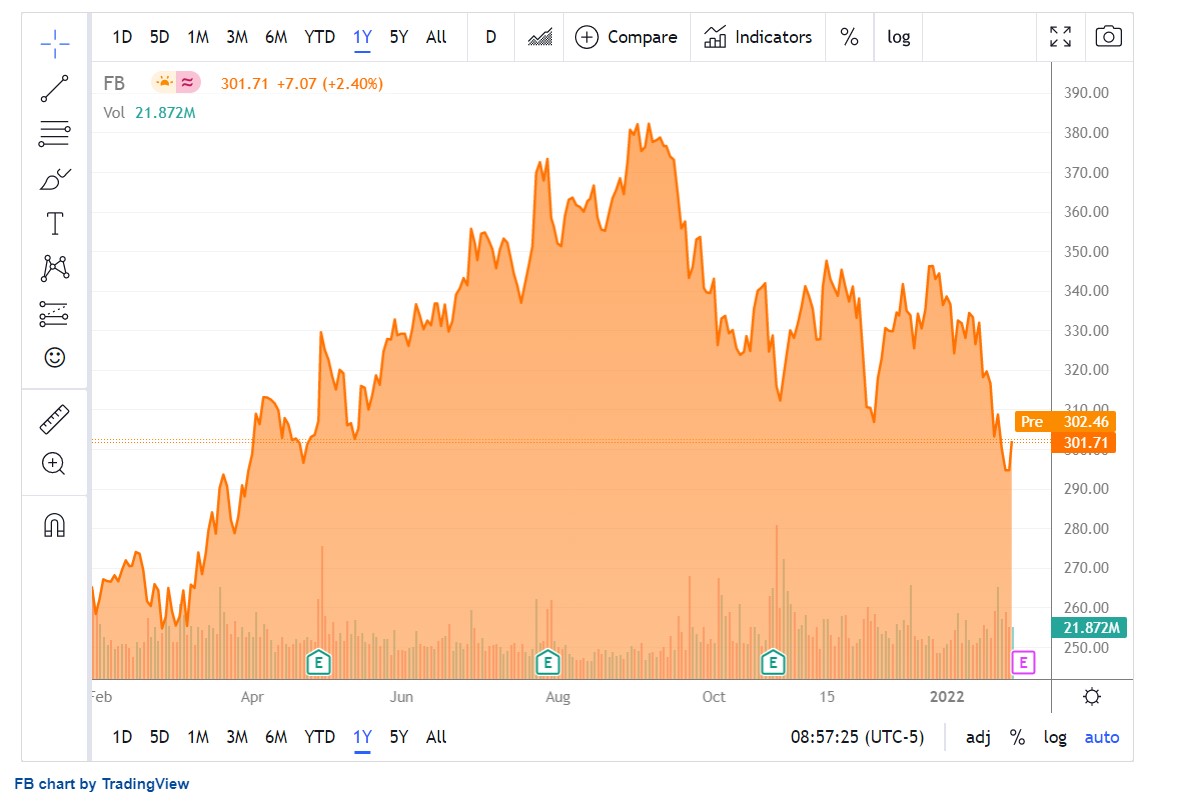 One day later, it is time for Amazon to report its Q4 FY2021 earnings. Investors expect EPS of $3.64 on the quarter, and the company missed its earnings estimate at the previous release.

Amazon’s revenue growth exceeds the sector median by 50.81%, and the company operates with a gross profit margin of 41.31%. Just like Facebook, Amazon’s stock price is down more than -10% YTD.

PayPal is another tech company reporting its Q4 2021 earnings today. Investors expect an EPS of $1.12 on the quarter and revenue for the fiscal period ending December 2021 is forecast to be $25.35 billion.

The company does not pay a dividend, and it operates with a gross profit margin of 47.82%, lower than the sector median by -4.33%. Its stock price underperformed, delivering a negative 31.23% in the last twelve months.

Qualcomm has scheduled its quarterly earnings call on February 1, 2022, when it reports its financial performance for the Q4 FY2022. The stock price is up +7.24% in the last twelve months and the market expects an EPS of $3 on the quarter.