Financial markets are in disarray as the Russia-Ukraine crisis deepens. What makes the US dollar an attractive currency during a crisis?

Financial markets were spooked to discover that a full war had started in Eastern Europe. Suddenly, war images were everywhere, and volatility increased.

In times of crisis, investors look for safe-haven. As a result, they exit risky positions (e.g., selling stocks) and find refuge in safe-haven assets, such as the US dollar and other safe-haven currencies.

As the world reserve currency, the US dollar tends to outperform its peers in times of crisis. So should you buy the US dollar as the Russia-Ukraine crisis deepens? 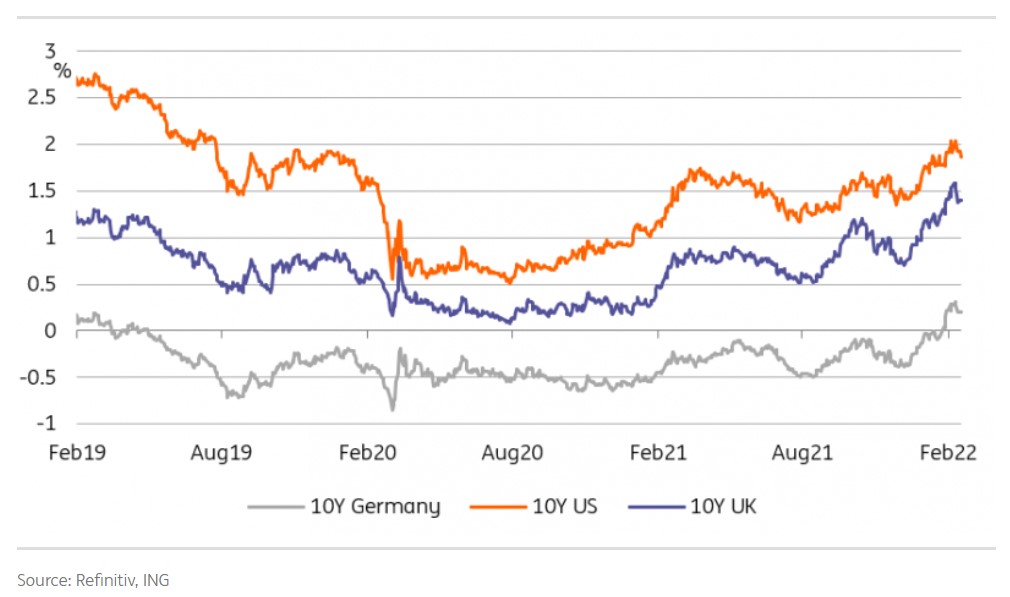 The first thing bullish for the greenback is the Fed’s monetary policy. In response to higher inflation, the central bank prepares to hike the federal funds rate at its March meeting.

An inflationary gap shifts the short run aggregate supply, and the central bank’s reaction helps shift it back so the economy reaches its full potential. Having said that, the rate hike will mark the beginning of a new tightening cycle, as the Fed is well behind the curve.

No alternative to the world’s reserve currency

Like the ones before, this crisis has shown the world that there is no alternative to the US as the world’s reserve currency. The US dollar is the dominant currency in the international financial system, and there is no rival for it.

Many have talked about digital currencies, such as Bitcoin and Ethereum, to replace fiat. But time and again, the dollar is bid in times of a crisis and strengthens against both its fiat peers and digital currencies.

Conflict is far away from America

Finally, the conflict is far away from America. As a result, investors looking to reduce exposure to the conflict area would likely favor currencies far from it, such as the US dollar or the Japanese yen.

To sum up, there is no alternative to the US dollar, and ahead of the Fed’s decision, the greenback would likely remain bid.